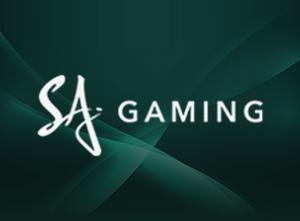 SA Gaming is a well-known name in the world of online casino games. Based in Makati, the heart of huge Metro Manila and the financial and entertainment center of the Philippines, this award-winning studio is one of the leading software providers of top-notch Live dealer content. The company was founded in 2009 and since then, it has always been at the forefront of iGaming, creating innovative solutions to suit the needs of both operators and players. The brand is widely renowned for its unique range of Live Baccarat tables, as well as Sic Bo and Dragon Tiger – games that are also incredibly popular across the entire Asian region.

From Asia To The Rest Of The Online Casino World

Hailing from the Pearl of the Orient Seas, the company has extensive experience and knowledge of the Asian markets, offering products certified by GLI and BMM, the industry’s most trusted independent regulatory bodies. However, the team behind SA Gaming has always had pretty ambitious plans in terms of further growth and expansion, so in 2020, they partnered with VIVO to conquer Europe. The central piece of the project was a state-of-the-art SA Euro studio, set up in Bulgaria and regulated by the Bulgarian State Commission on Gambling.

Designed to deliver top-notch entertainment to players across the globe, this fashionable gaming hub was built to the same high standards as the provider’s premises in Asia but with a classy touch of European style. The portfolio has grown constantly and today, SA Euro boasts over a dozen Baccarat tables, plus Dragon Tiger and Sic Bo. It’s safe to say that this studio provides an immersive blend of the east and the west, combining the best traits of rich orient traditions and the culture of the old continent. 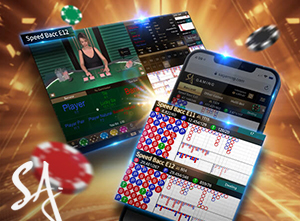 While SA Euro is just at the beginning of its road to the hearts of punters, the company’s Asian studio offers a far more extensive and diverse assortment of live dealer games. Besides several variants of live baccarat, which is the house specialty, the portfolio includes such brick-and-mortar classics as roulette and blackjack, as well as a range of incredibly exciting titles based on popular across Asia dice and card games.

While Dragon Tiger and Sic Bo are well familiar to online casino players that live in Europe, America, and other parts of the globe, Fan Tan is a relative newcomer on the scene. Not many people know that this old Chinese game was brought to the western United States in the second half of the 19th century by immigrants and even occasionally has been offered by land-based casinos in Las Vegas. If you like easy to play and fast-paced games, Fan Tan can be a really great source of amusement. Another interesting release is Money Wheel, which is inspired by the traditional Chinese dice game called Hoo Hey How and lets players win up to 50x bet and even tip the charming hosts.

As for Baccarat, apart from the classic version that can be found in luxurious establishments across Macau, SA Gaming also offers Baccarat No Commission, Speed Baccarat, and exotic Cow Cow Baccarat – a one-of-its-kind combination of baccarat and an Asian poker game Cow Cow. Extra thrills of the latter come in the form of betting odds able to go really high - up to 9:1.

Following the rebranding that took place at the end of 2016, SA Gaming not only introduced a new logo intended to better reflect the company’s philosophy but also revealed plans for future improvements and upgrades to its platform. Two years later, the Premium Version interface was launched to deliver the ultimate gaming experience across all desktop and mobile devices.

SA app is compatible with both iOS and Android, providing faster and smoother gameplay – punters just need to scan QR code or use pattern log-in to start playing in a heartbeat. In addition to that, the studio offers a ground-breaking H5 Mobile product that requires no installation and delivers world-class HD live streaming right to the screens of smartphones and tablets in both portrait and landscape modes.