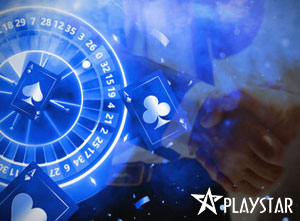 PlayStar has been operating since 2015 with an aim to produce online slots for the Asian casino gaming markets. This is a strategy that has changed in the last few years, with the company finally trying to break into the worldwide markets. Their games number in the hundreds so they have a massive portfolio of games ready to go. Not only do these cover online slots, but also include table games and fishing games.

This expansion into markets has been followed with some strong certificates to make sure that the games can be trusted by all parties involved. At the same time, they are becoming more and more frequent visitors of industry events, picking up new players and partners steadily. But what do these games really look like, and what do they bring for the average player to enjoy? Let's find out together.

A Word About Design Principles

Gaming software is part of the deal with PlayStar, but their main area is without a doubt the actual games that run on top of the back-end software. The majority of these come as online slots, and here, like everywhere, they aim to bring the extraordinary out of ordinary.

But that doesn’t mean there wouldn’t be a lot in the way of classic features found in these slots. Just that most of the titles seeks to break the monotony of that by also incorporating plenty of bonus features, new ways of calculating wins, and just in general mixing different influences into packages that you haven’t experienced so far.

Whether it’s the normal paytable with combinations that rarely show up, or bonus features that come with hard-to-reach multipliers, you’re sure to run into the possibility of massive wins. And this is true regardless of the variance individual titles hold.

But as we all know, those massive wins are rare in all cases. Luckily, there are plenty of things to balance this out, and those small and medium wins can also brighten your day and improve the gaming experience considerably. It’s all about keeping things interesting and delivering an interesting gaming experience.

And for those of us who haven’t had the pleasure of sampling games from Asian gaming developers, there are tons of themes to explore. Whether that’s local history and mythology, or just popular culture that hasn’t yet made its way to other parts of the world, you’re sure to be in for something you haven’t enjoyed before.

Tell me About the Card Games

Dummy, Dummy King, U4, Pai Kang, and Pok Deng might not sound as familiar as Grand Baccarat, but we guarantee that they are just as interesting for those of us that enjoy casino card games. Most of these unknown games come from Thailand, and they are ready to rock the table of classic casino card games. What’s more, they can offer multiplayer functions that we so far only know from games like poker.

Truth be told, the social and interactive features might be hard to find. That’s because different jurisdictions aren’t quite sure how such games are to work. On the other hand, we are certain that once such things are sorted out these games will become favourites in all online casinos smart enough to offer them.

What are interactive social games though? They’re a mix of gambling games, still mostly trusting on luck and return to player percentages, but a little bit of skill and competition mixed in. But these games might as well jump in the other direction, allowing players to compete on social gaming platform, with just a little bit of casino gaming mixed in. It’s something that is definitely going to be developed further in the future.

Fishing games have been making their way for a couple of years now, and they are becoming more popular by the day. This is something that PlayStar has noticed, and although their selection isn’t overwhelmingly extensive, it is certainly bigger than with the vast majority of other players.

But what are these games exactly?

Well, to put it short, you’re fishing for wins. Except that usually, you’re firing a gun at a variety of targets that move on the screen, and whether that is actual fish or aeroplanes, aliens or something else is entirely up to the theme of the game. The key to understand here is that instead of reels, you pay for the bullets to down your prey, with different chances of winning different sorts of prizes.

You might be familiar with the arcade games though. These are versions of games like coin pusher, where you drop a coin in the game with the hope of pushing out coins on the other end, simply ported into virtual versions. Surprisingly enough, these are very, very rare in the online world. And as such, worth a try.

What about the Back-end?

The backend software needs to be in good order, that's required to make sure that all these different sorts of games work out the way they are supposed to. And that doesn’t only apply to the games, but the different devices they play out at. The company is pretty well known from their perfect mobile gaming experience. They have also added customisation options to make sure that the games fit perfectly to different audiences. Something that we expect to become more important with the advent of social casino games. Obviously, all sorts of bonus systems are also supported.

To add to the above, the company has had their random number generator approved by GLI and BMM. Not only are these two the best testing laboratories in the industry, but they are pretty much the only internationally trusted testing laboratories. You can be sure that these games adhere to all national standards and regulations. Evident by the fact that they are also available in US markets.