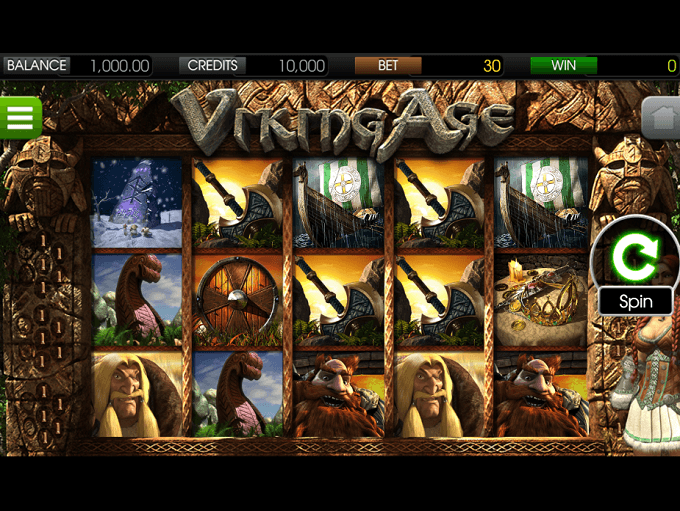 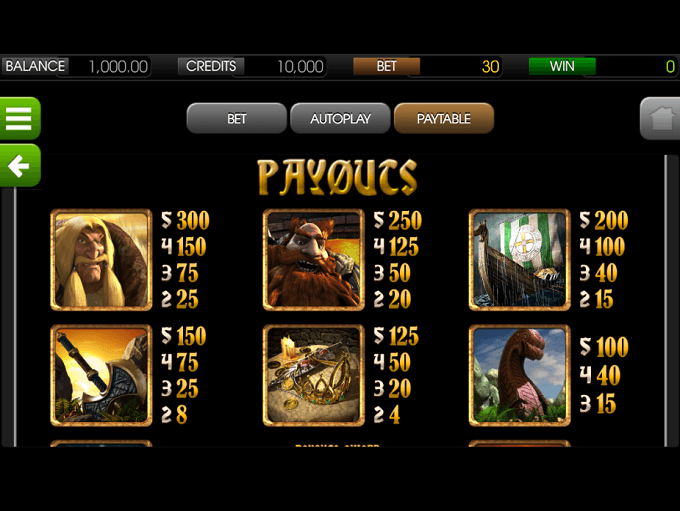 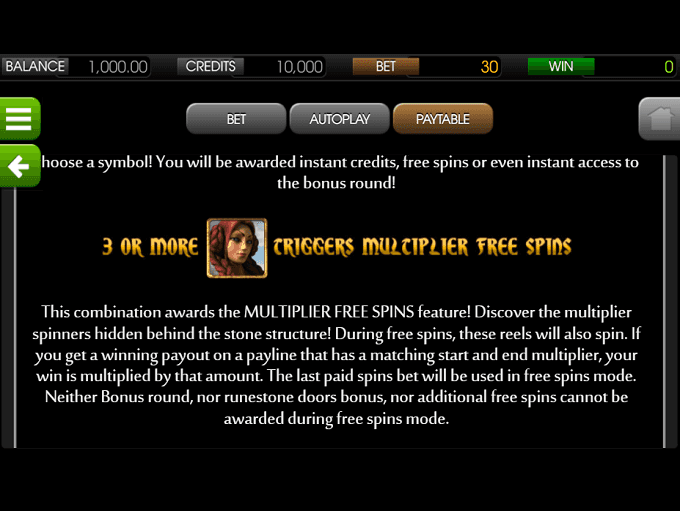 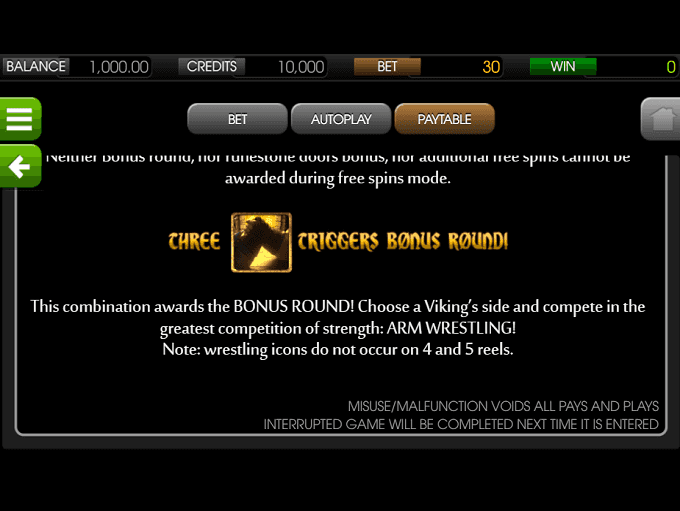 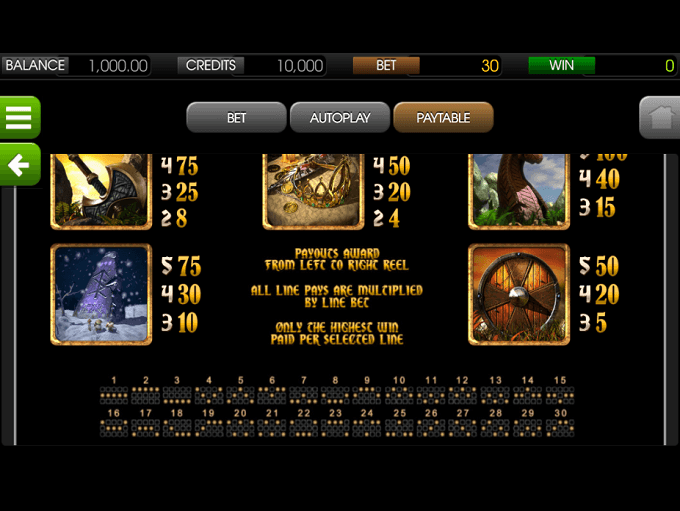 Viking Age slots have 5-reels and 30-paylines with three bonus features, including multiplier free spins, and scatters to activate them! Viking Age online slots bring all the guts, glory, and plunder of the Viking era to the reels.

Viking Age slots features compelling music, hard-hitting action, and the crisp 3D animation we’ve come to expect from Betsoft Gaming. This particular slot is a bit more “robust” (and heavier on the “bust”) in terms of its thematic nature.

Is straightforward, with coin sizes ranging from 0.02 to 0.50 credits, there are up to 30 available paylines, and you can play up to 5 coins per line.

Assuming all 30 lines are played, the Viking Age slot bets can range from 0.60 credits to 75.00 credits per spin, depending on the size of the coin and the number of coins played.

The Viking Age slot game pay table features eight non-feature symbols with maximum payouts ranging from 50 to 300 coins when five line up on an active payline.

Half of those symbols only need two icons to line up from left to right to award a win. There seems to be enough going on in this game with all of the bonus features that we’re not sure you’ll miss the absent wild (we didn’t).

Viking Age online slots have an auto-play feature (upper right hand corner) that can be easily customized to play up to 100 games at a time. Even with the automatic play, there is a fair bit of celebratory animations between spins, so expect each game to take a moment or two.

Are the Viking Mask symbol, the Viking Woman (Amma) symbol, and the Arm Wrestling symbol. And here's how they work:

Is launched when three or more Viking Mask scatters land anywhere on the reels. A new scene will appear where you’ll guide Amma, the buxom redhead who guards the reels, towards choosing a symbol:

Is triggered by three or more Amma symbols anywhere on the reels, complete with multipliers that are hidden within the structure supporting the reels:

Is activated by three or more Arm Wrestling scatters anywhere on the reels. A new scene will appear with two Viking warriors, ready to arm wrestle:

Play Viking Age 3d slots to get a feel of what the Stone Age was like, and gather coin in the process!