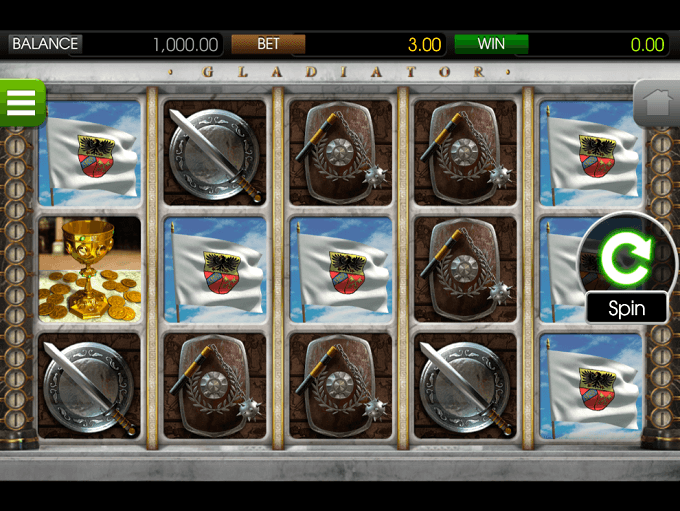 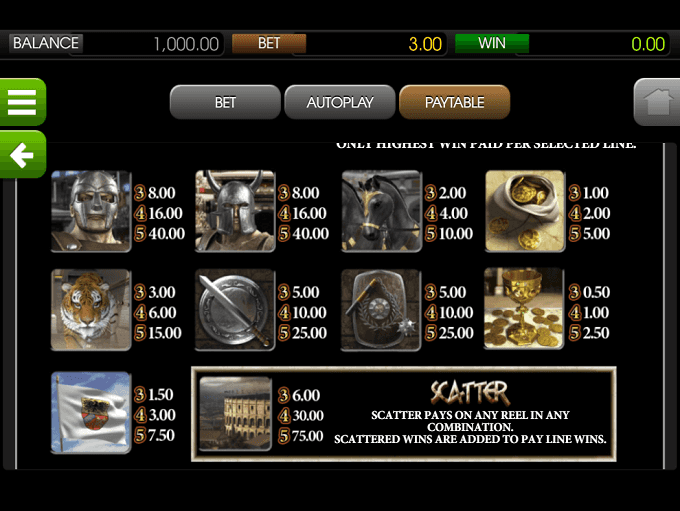 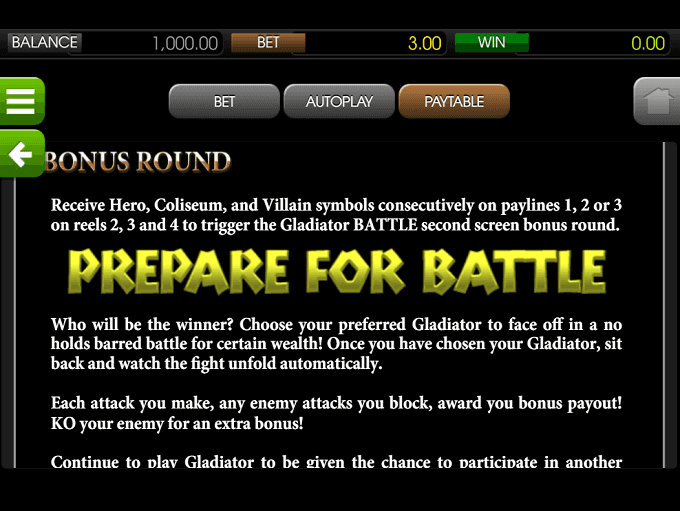 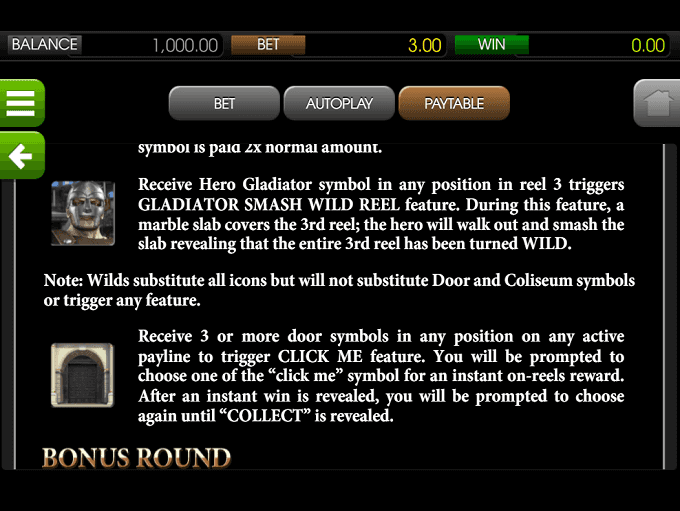 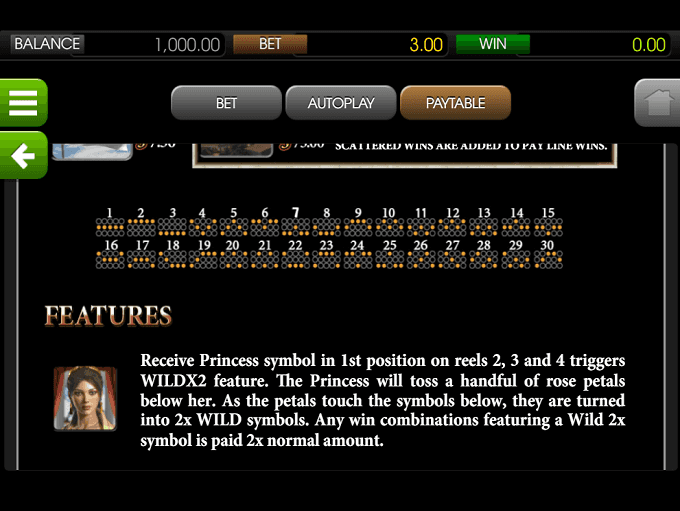 Majestic music, roaring crowds, and a chanting chorus ring throughout the play in the Gladiator 3D slot game, making it exciting just to hit the spin button.

The Gladiator 3D slot animations are a bit more simple by Betsoft standards, but still impressive. There is a higher-variance feel to this game, despite the pay table awarding lower payouts for each win.

The Gladiator pay table details all the symbols and paylines, and you’ll find that payouts start at three symbols from left to right and right to left.

The highest paying “normal” symbols are the Gladiators; both will award 400 credits with five symbols on an active payline.

Is the Coliseum symbol and it awards the largest payout of any other symbol in the game:

Each time a Princess symbol lands on the top of the reels, she will toss a handful of rose petals beneath her. They will instantly turn the reel into double-payout wilds, which means they will pay twice the pay table amount for any wins they help create.

Just as the title implies, every time the Hero Gladiator symbol lands on Reel 3, the Gladiator will smash Reel 3 until it turns into a pillar of wilds.

When three or more Door symbols land on an active payline, they will turn into clickable icons. Behind each door is an instant win. Keep playing until one of the doors reveals a “Collect”.

This particular bonus is hard to trigger, but when you do, it will be worth it. You’ll be prompted to choose one of two Gladiators. Just like Caesar, you’ll watch the fight unfold, reveling in every attack landed and every block thwarted:

Play Gladiator 3D slots at the following recommended casinos and play for the Gladiators!