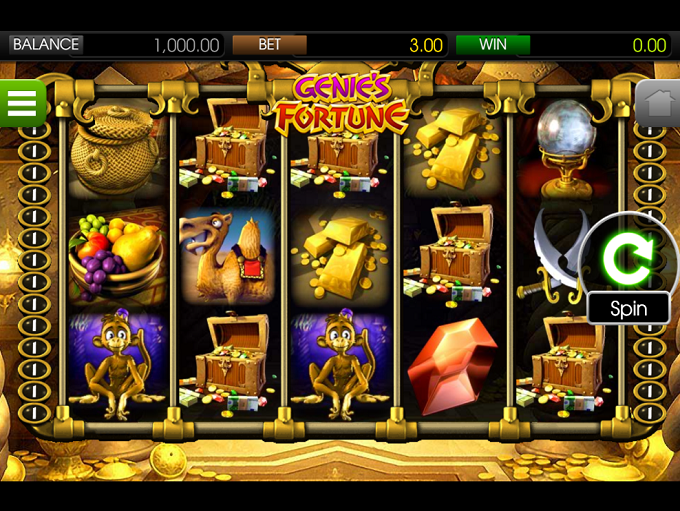 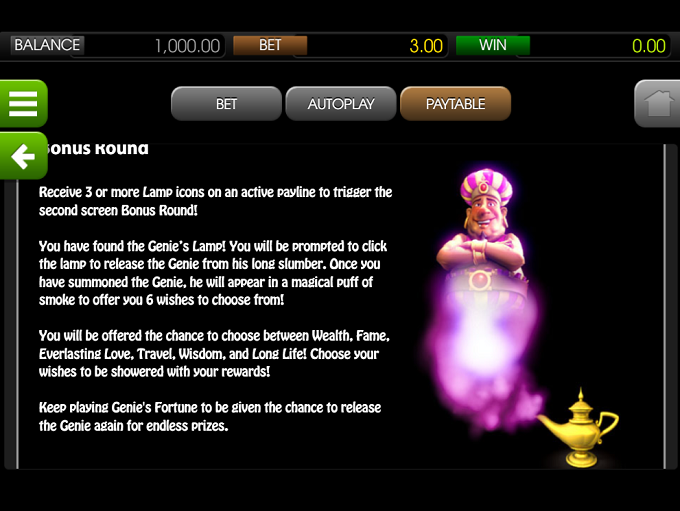 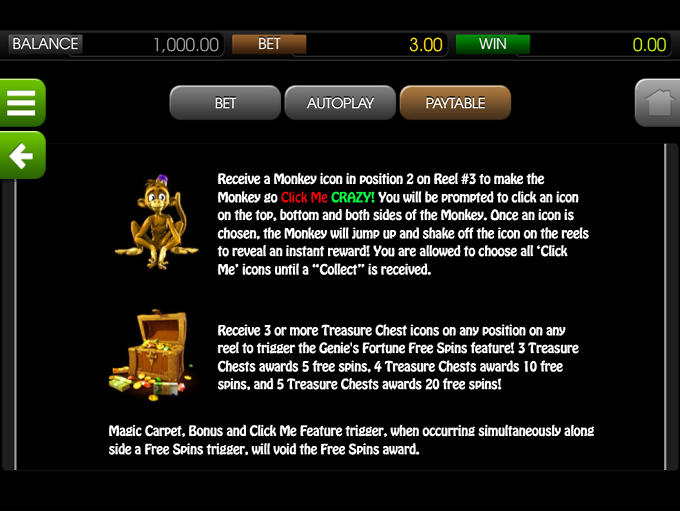 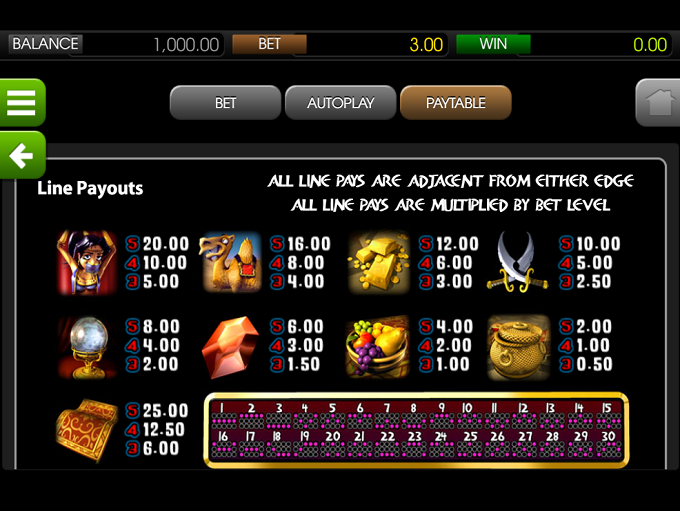 A lower-variance slot, you can expect Three Wishes to pay out on nearly every spin, though it’s common to be a fraction of your wager.

Whether or not your three wishes come true, you’ll always have three ways to customize your wager in this game…

Adjust the coin size from 0.02 to 1.00, the number of coins played per line from one to five, and the total number of lines played to tweak your bets as needed. You’ll have a range of bets from 0.60 to 150.00 credits per game when all 30 lines are played.

All symbols on Three Wishes slot pay table need at least three symbols on an active payline to award a payout. The highest symbol is the Magic Carpet, which awards 250 coins when five land on a line. Play goes from left to right.

Three Wishes slot has four different bonus features that are triggered by special Scatter symbols in special positions on the reels; the Monkey, Magic Carpet, Treasure Chest, and Genie Lamp symbols. The symbol positions and features are explained below.

A Monkey symbol in the middle of Reel 3 will activate the “Click Me Crazy” feature:

When a Magic Carpet lands anywhere on Reel 1, it will take flight over the reels turning all symbols in its way into bonus credits.

The other bonus features will trigger during these free games; however, once they are triggered, the free spins stop.

Three or more Lamp symbols on an active payline activate the Bonus Round. You can’t have a slot named “three wishes” without a least introducing a genie, and this slot game does it with an entertaining second-screen feature.

The screen will reveal the Genie’s Lamp, and you’ll be asked to rub (or rather, click) the lamp to release the Genie.

The Genie will then offer you six wishes: Wealth, Fame, Love, Travel, Wisdom, and Long Life. While each are rewarding of themselves, they also pack a credit punch as well.