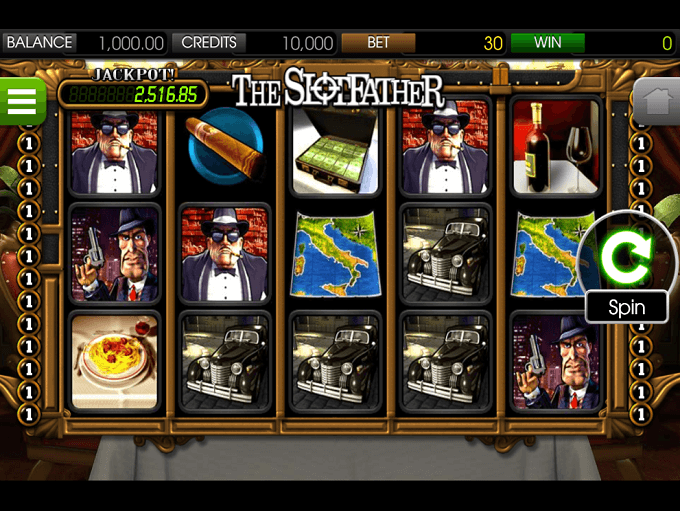 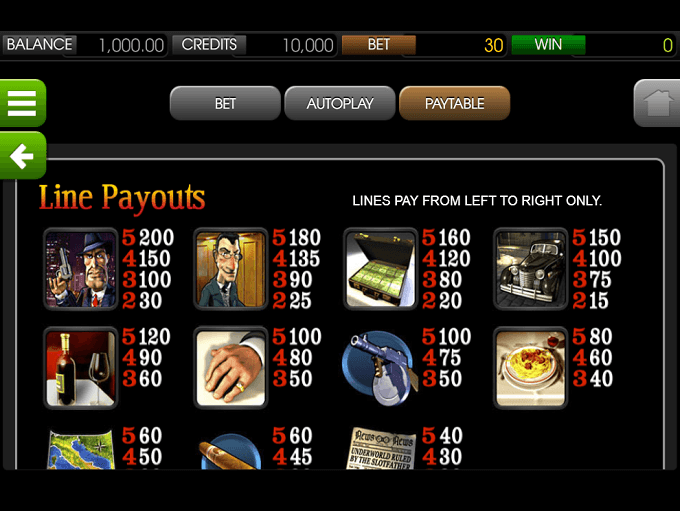 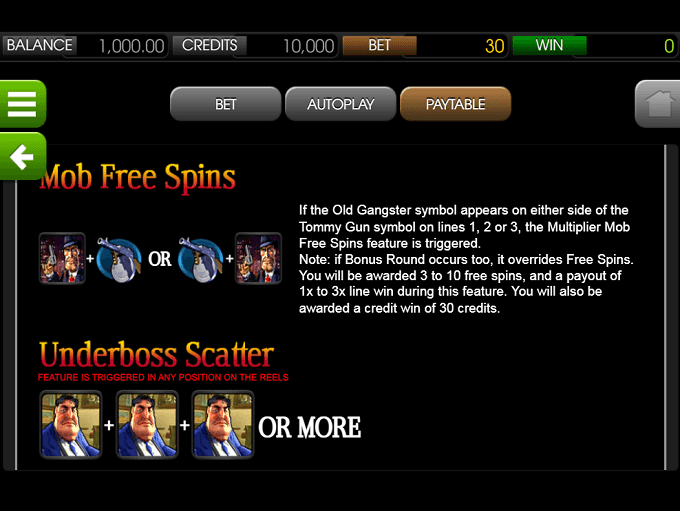 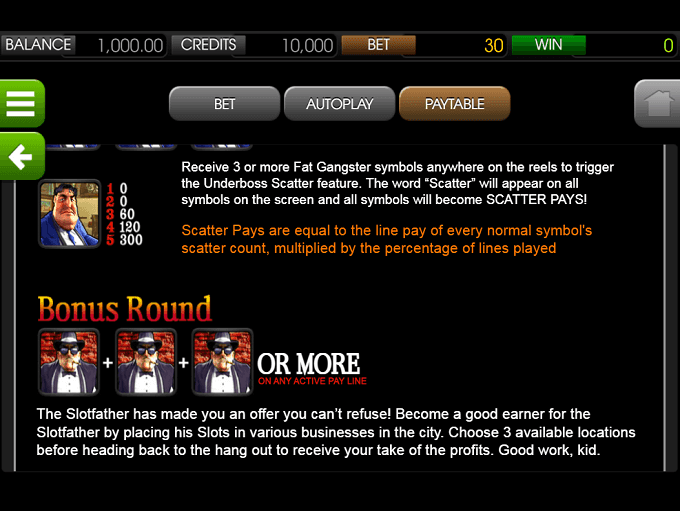 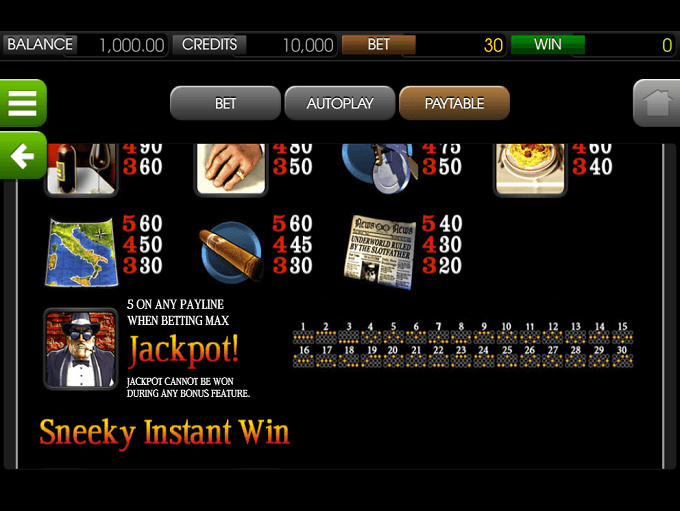 The SlotFather slots have 5 reels and 30 paylines of 3D animation, with free spins, instant awards, and worthy in-game and second-screen bonus features!

Complete with a chin-scratching impression of its namesake, The SlotFather “offers a jackpot you can’t refuse”.

If you’re going to place a bet with the SlotFather, you better come prepared…

Of the 11 symbols on the pay table, four only need two symbols on an active payline to award a payout; the rest of the symbols will need at least three.

Sammy “Quickfingers” and Frankie “da Fixer” are the two highest paying symbols; they also have their hands in the game’s bonus features (sometimes literally).

The SlotFather slot game offers a scatter symbol and a scatter combination opportunity:

When Sammy Quickfingers appears on either side of the Suitcase symbol on paylines 1, 2, or 3, the Sneeky Instant Win is triggered:

If a Frankie “da Fixer” symbol appears on either side of the Tommy Gun, it will trigger (pun intended) the Multiplier Mob Free Spins feature.

Another on-reel feature, the Multiplier Mob game commences with Frankie grabbing the Tommy Gun off its symbol backdrop and shooting holes over the main game screen:

The SlotFather 3D Slots Bonus Round.

Three or more Slot-Father symbols on an active payline will trigger the SlotFather Bonus Round:

Play The SlotFather slot game at one of the following recommended casinos. Or sleep with the fishes.