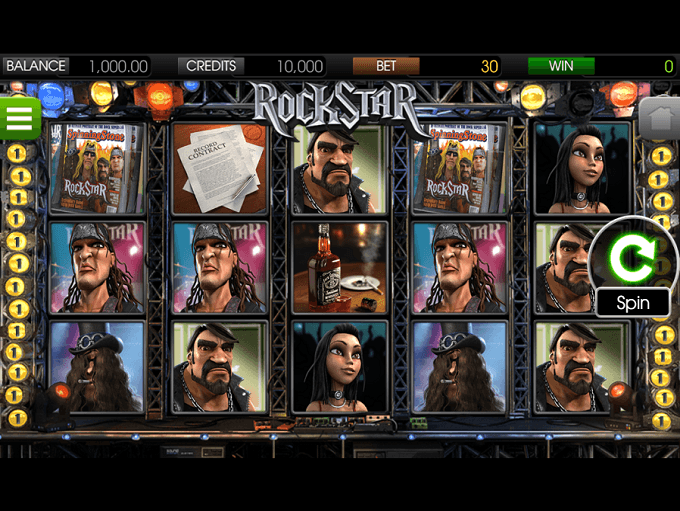 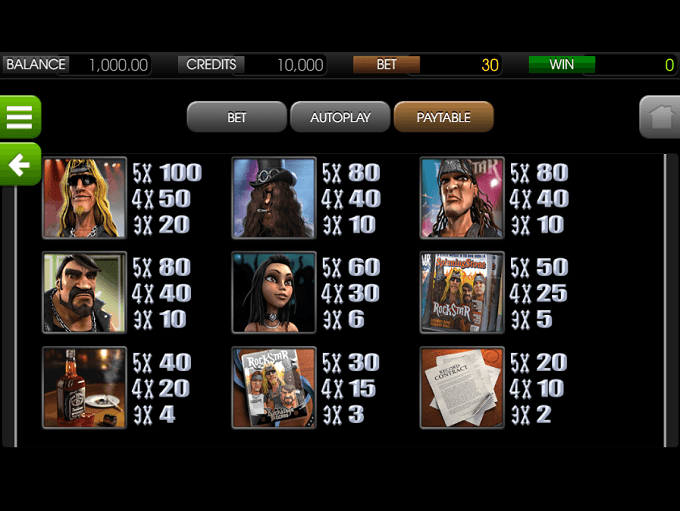 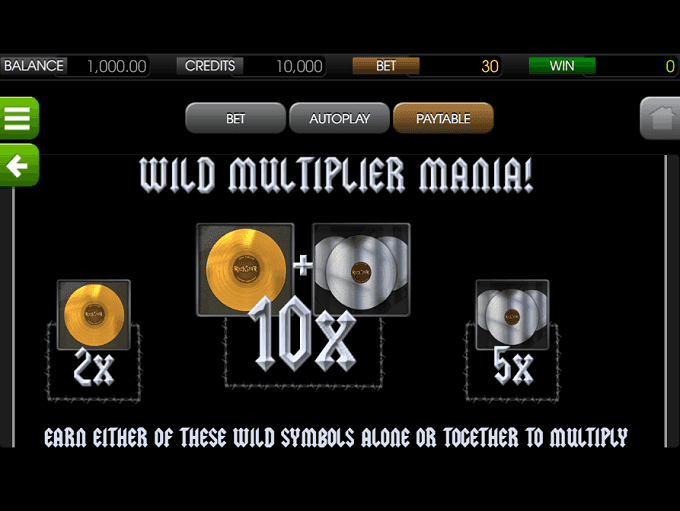 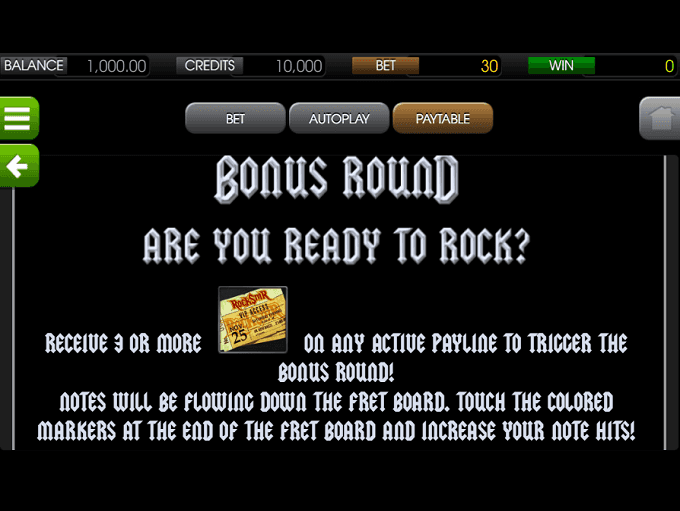 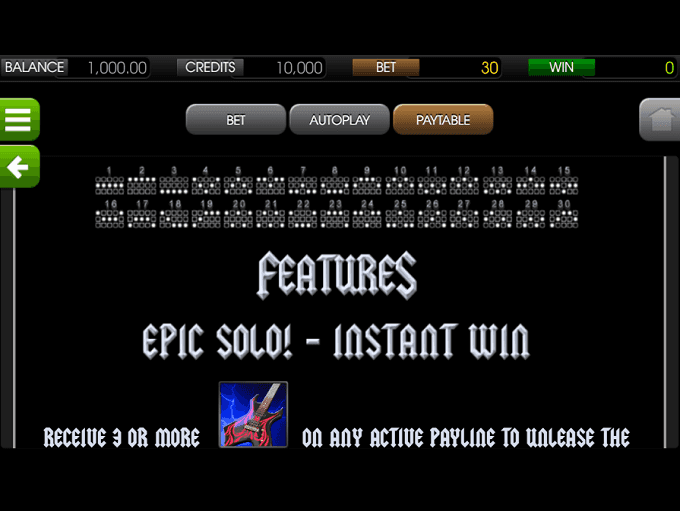 If you’ve ever wanted to be in a rock band, RockStar slot is a great way to both live vicariously and have a chance at hitting it big for real.

Paylines rock..err..play from left to right and need at least three symbols on an active payline to award a payout.

Despite the bad-boy hype, the Rockstar slots pay table is very conservative; the highest paying symbol is the Blond Rocker, who pays 100 credits for a five-symbol payline.

RockStar slots has not one, but two, different wild symbols. Both will substitute for any non-scatter symbol to increase the chance of winning:

RockStar 3D slots have two different bonus features, which are triggered by two different symbols in winning combinations of three or more on an active payline:

Jam your way to piles of bonus credits when three or more Electric Guitar symbols land in a winning combination on an active line.

Three or more Ticket symbols on an active payline will trigger the RockStar bonus game:

Believe me, hitting those notes is easier said than done—but it pays beautifully no matter how awful you are at the game.

Play loud and play hard. Follow the RockStar 3D animated slot groupies to one of the following recommended casinos.