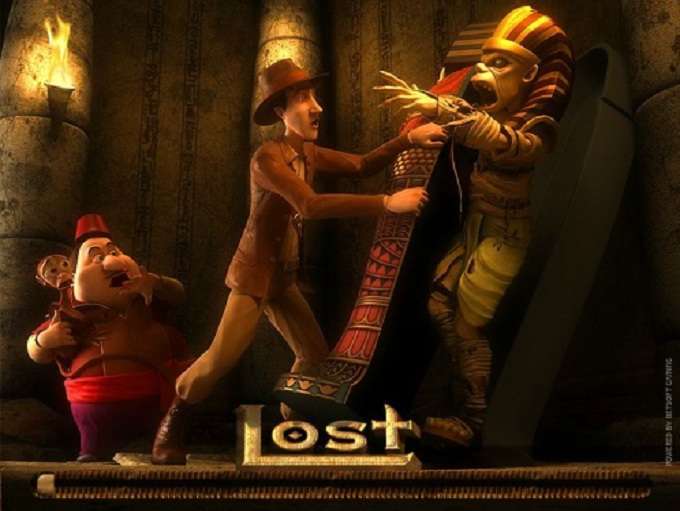 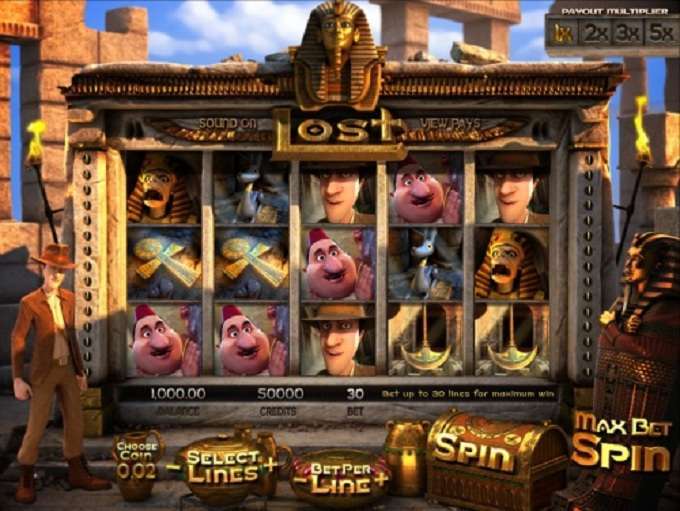 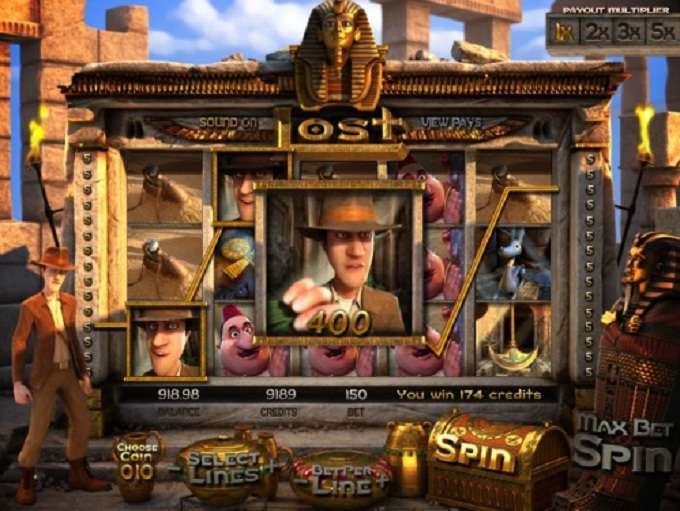 Lost slots are a feature-heavy five-reel, 30-payline 3D animated game, with a re-spin feature and its multiple multipliers, a double-payout expanding wild, and the highly gratifying click-me features!

It’s no wonder why BetSoft’s new Lost 3D slots game is so immediately popular in January, 2012; set during an Egyptian-themed adventure with the highly gratifying click-me feature the compelling graphics and many other features.

While the name may conjure up images and philosophical debates from a popular television phenomenon, the game itself has absolutely nothing in common with the J.J. Abrams hit show.

Is all about finding the right balance between coin sizes, number of coins per line, number of lines played, and your comfortable risk factor...

You’ll need at least three symbols from left to right to dig up a payout with Lost online slots. Highest paying non-feature symbols are the Relic Hunter and his nemesis the Mummy; 500 coins and 200 coins with five on a line respectively.

There are two different scatters in this Lost 3D slots that provide you with two different bonus opportunities; the Monkey Scatter and the Eye Scatter:

Every time a payline lights up with a win, Lost online slots will award you the payout and then re-spin the center reel for a chance at additional wins.

In addition to the re-spins, for every time a re-spin occurs, the multiplier for the preceding wins goes up-up to the max of 5x the usual payout. Multipliers are shown on the top right of the game. All re-spins are FREE.

The Lost 3D slots Click Me feature is activated if you see the Monkey symbol on any position of Reel 4; a classic case of “Monkey See, Monkey Do” will begin, and he’ll do more for your account the more he jumps around:

The Lost 3D slots Mummy’s Tomb Bonus Round is activated when four Mummy’s Eye symbols land anywhere on the reels. To make the most of this bonus feature:

I played Lost slots for quite a while and could never get the four symbols to show up on the reels; that being said, I made out beautifully with the Re-spin feature (and its 5x multipliers). I wish you better luck!

With Lost online slots, you may just find yourself a big winner. Play it today at your favorite NetEnt online casino!