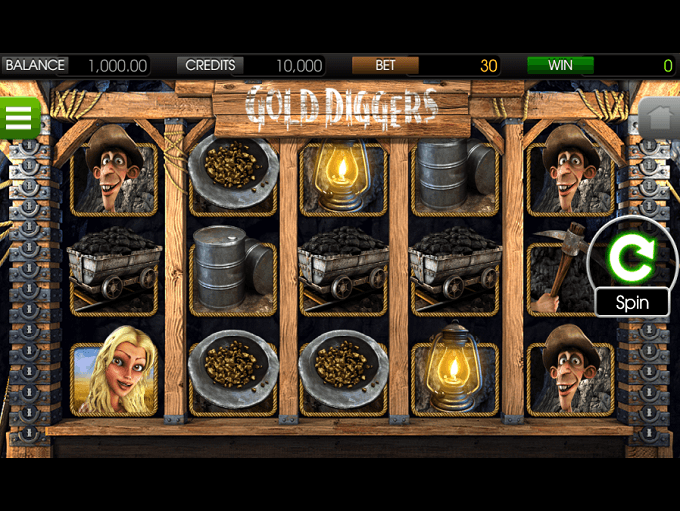 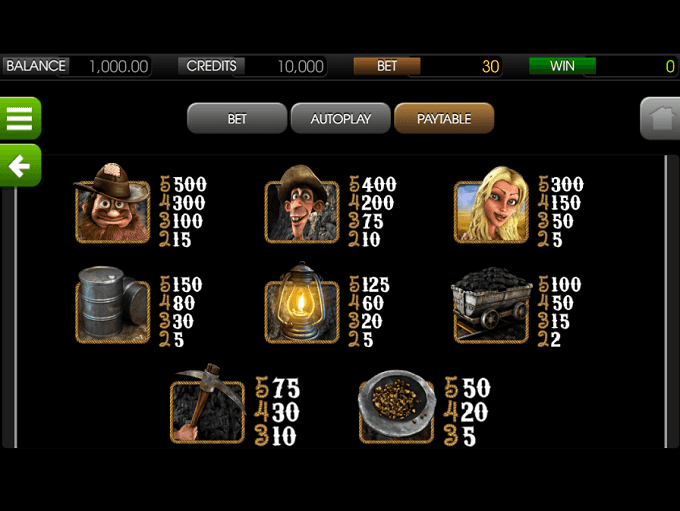 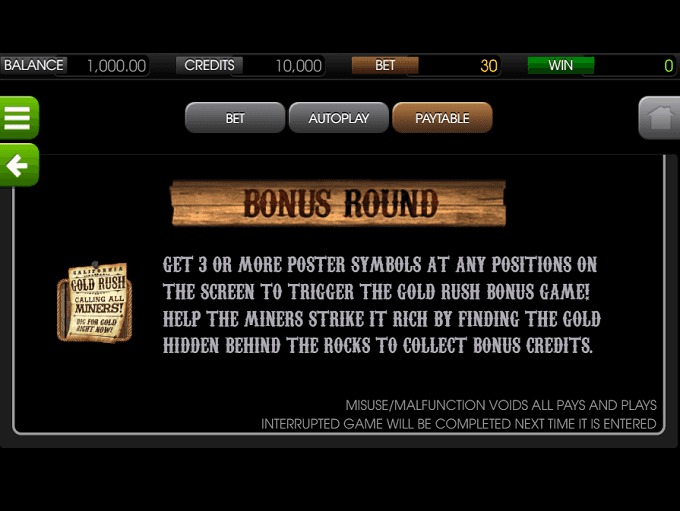 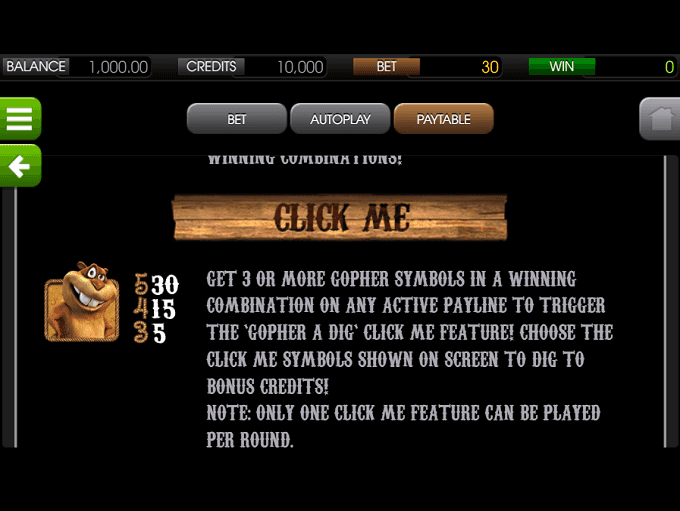 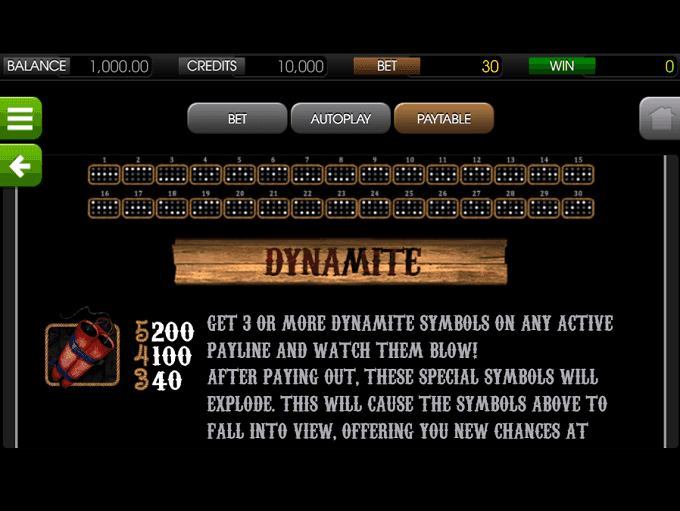 Give the number of payout possibilities, Gold Diggers slot rewards on several levels. Its well-animated layers aren’t distracting, its wins are celebrated with thematic flourish, and the wins come in at a consistent pace.

With that in mind, in the Gold Diggers slot wagering spread one can be quite creative, with bets ranging from 0.60 to 75.00 credits per game.

Payouts award from left to right in Gold Diggers slots, and all but two symbols award with just two symbols on the reels. The Bearded Prospector is the highest paying symbol, awarding up to 500 coins with five on an active line.

Gold Diggers does not offer a wild symbol, which isn’t surprising given the few number of symbols needed for a win.

There are two bonus symbols, the Gopher symbol and the Dynamite symbol, and here’s what they do:

Three or more Gopher symbols from left to right on an active payline activate a Click Me feature. The Gopher symbols become “clickable” and reveal hidden coin amounts as you tap to open them.

Is triggered when three or more Gold Rush Banner scatters land on the reels, you’ll race with the prospectors into a mine:

The Gold Rush bonus game isn’t so much about “if” you find the gold, but how much it’s worth.

In Gold Diggers slot an auto-play feature is available for up to 100 spins. Turbo play is unavailable, which means you’ll have to sit through the winning animations (believe me, there are worse things than watching the coins roll back into your account).

Play Gold Diggers 3D slots, with lovable characters and carats of entertainment value, and try to find the wealth in the gold mines!