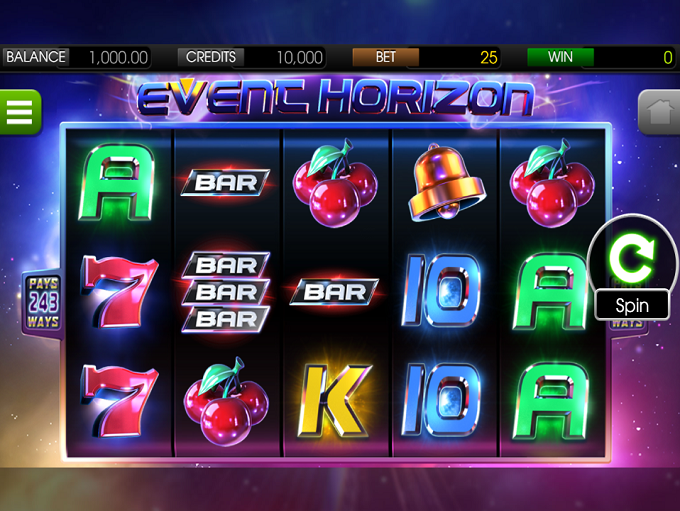 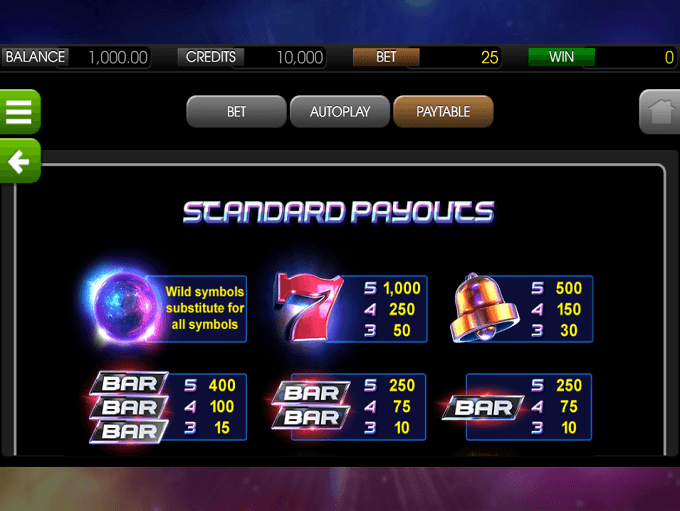 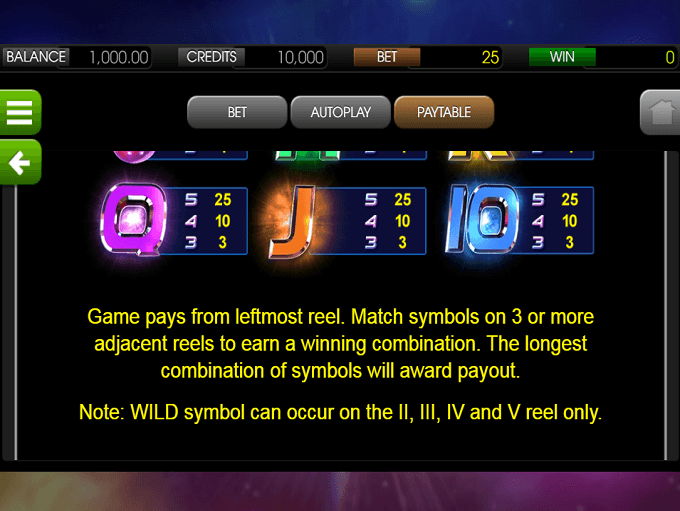 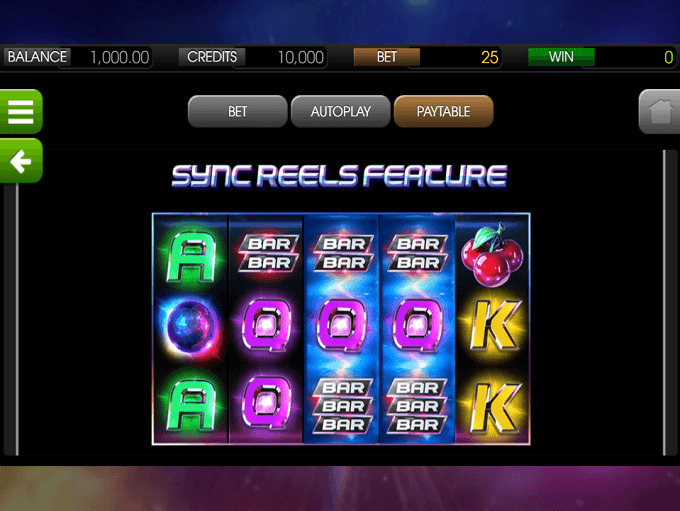 Something that you don't see that often is a throwback to classic slots mixed in with anything resembling a futuristic theme, but BetSoft's Event Horizon online slot does just that. It's a great example of this software company putting together a title that will appeal to a wide range of players, and it just goes to show that they're all about giving players awesome visuals and sound. This game has a lot to offer in terms of a high hit-rate thanks to the linked reels feature and the game's overall format.

This video slot uses five reels, three rows and 243 ways to win. This turns each regular symbol into a left-to-right scatter. You get to pick out one symbol from each reel, left to right, to create winning combinations, and as usual, you can make lots of multi-line combinations if you line up the reels correctly. For example, one cherry symbol on the first reel, two on the second and two on the third will give you four different wins for three of a kind in cherries since there are four different winning combinations there.

Betting is set up as if the game was a 25-payline slot, which is one of the normal arrangements for BetSoft's (read more) 243-ways games. Coins start at $0.02, which is usual for this company, and go up to $0.25. You can also bet up to five coins per virtual payline (of 25). You'll be able to start with bets at the $0.50 per spin level, so there's no issue of this game being too pricey for players.

The top end of this game's payout structure is based off of the most iconic symbols from classic slots. You have wild black hole symbols that show up on the second, third, fourth and fifth reels only, so there are no wild-specific payouts. However, they still help to hit extra wins, especially when they're linked together through the syncing reels feature.

There are four symbols in the medium tier of payouts in this slot (see more). Three different bar symbols show up to give you some sizable payouts first. Something a lot of people don't know is that the bar symbol originated from the name of a company that built some of the first mechanical slots in the United States, and that's why it's shown up in online slots for quite a while.

The triple bar earns 400x for five of a kind. A reasonable 250x payout is earned when you get five in the double bar or single bar. In some games, there are smaller payouts when you get sets of mismatched bars. That's not the case in Event Horizon, but your hit-rate will be high enough during normal gameplay that you probably won't notice.

Cherries round out the bottom end of the mid-level wins. Five of a kind earns 40x, and this is a throwback to the three-reel fruit machines.

The green A and yellow K symbols pay out 40x apiece for five of a kind. You also have the purple Q, orange J and blue 10. All three of these pay out a 25x win when you get five on the reels. These payouts aren't the largest, but they round out the game with some low-level wins to help keep the overall volatility down, which means smoother swings.

Known as Syncing Reels in this game, you'll get at least two reels that sync on every spin. When reels link together in this way, they show the same three symbols. This makes it easier to get winning combinations, obviously, and that's even moreso the case when you get wilds on those linked reels. The reels that are chosen are picked at random, but you can also end up with extra linked reels for as many as five reels that link together for guaranteed payouts.

There's no doubting that BetSoft has done a great job with the graphics and overall concept of this game. Aside from the excellent sound and visuals, it also has decent enough gameplay with a high hit-rate. The lack of scatters and bonus features might turn some players off of this game, but we think it's a solid title overall.