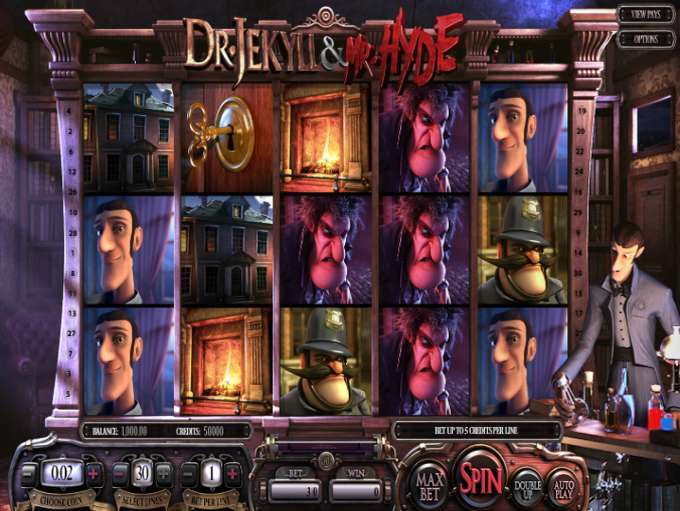 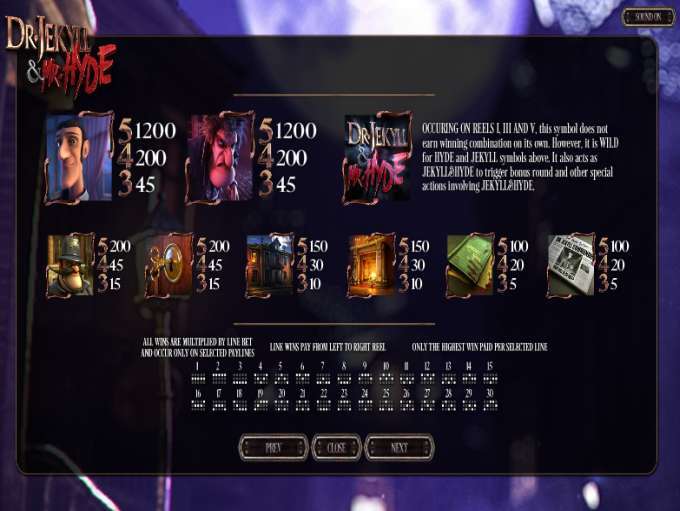 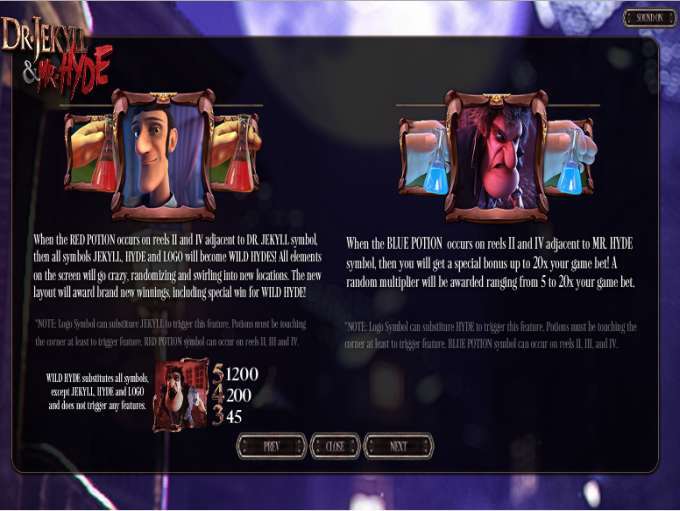 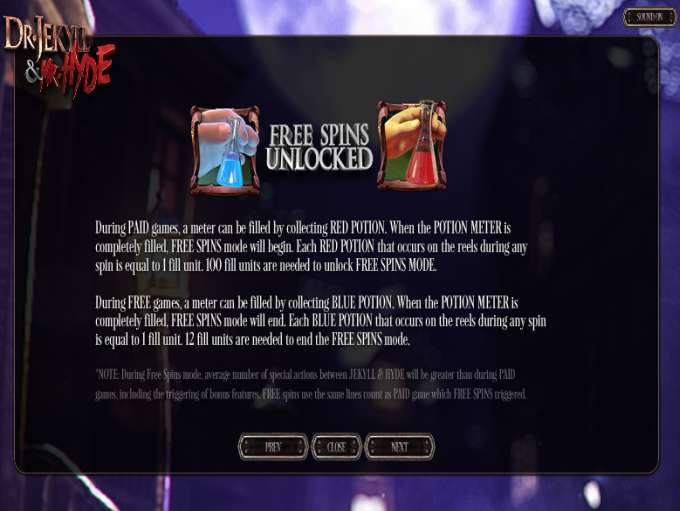 This slot machine, which features 5 reels with 30 paylines, has become a popular game at a number of different sites and players from around the world always seem to be raving about it.

If you'd like to know why, we invite you to read through our complete review below to see exactly what this game is all about.

What we really like about this game, which is something that you're sure to like too, is that it is available in several different denominations ranging from 0.02 to 1.00.

This is of course assuming that you prefer to play all 30 paylines like we do. But if you don't, you can adjust the number of paylines accordingly, which will subsequently lower your total bet.

Like many other slots, this game is loaded with a variety of different features, such as the Dr. Jekyll feature.

In order to trigger this feature, you'll need to get a Red Potion symbol on the second and last reels adjacent to a Dr. Jekyll symbol. If you're able to do so, all Jekyll, Hyde, and Logo symbols will become Wild Hydes.

Another neat feature of this game is the Mr. Hyde feature, which is triggered whenever a Blue Potion symbol appears on the second and last reels adjacent to a Mr. Hyde symbol.

When this feature is activated, you will be rewarded with a special bonus worth anywhere from 5X to 20X your bet.

As you can imagine, this gives you a chance to produce some incredible wins whenever you're lucky enough to activate this feature.

The free spins mode on this game works a little differently than what you're probably used to on other games. In order to trigger this mode, you'll need to collect red potion symbols until the potion meter is completely filled.

Theoretically, this bonus mode can go on and on for quite some time, which is why we think you'll absolutely love this feature.

Another interesting feature that you're sure to appreciate whenever you're able to trigger it is the Frenzy Bonus feature.

This feature is activated whenever a Mr. Hyde, Logo, and another Mr. Hyde appear in a combination on the middle three reels.

When this happens, you'll travel the streets of London by choosing to go either left or right and you'll ultimately have an opportunity to win more than 30X your bet.

Similar to the feature mentioned above, whenever a combination of Dr. Jekyll, Logo, and another Dr. Jekyll appear on the middle three reels a Potion Bonus feature will be activated.

Once activated, you'll need to select potion elements in an effort to create the perfect anti-monster serum. Depending on how quickly you're able to do so, you'll have an opportunity to win up to 120X your bet.

This is obviously an incredible opportunity to win an amazing amount of money, which is why this is without question one of our favorite features of this game.

The maximum amount that you can win while playing this game is a whopping 480,000 credits. This amount is obviously difficult to win, but it's certainly possible and it happens more often than you think.

However, there are plenty of other realistic payouts available on this game too, which range from as little as 25 credits for three Newspaper symbols to as many as 6,000 credits for five Dr. Jekyll or Mr. Hyde symbols.

There are of course a variety of payouts between these numbers too, so there are plenty of ways to win on each and every spin.