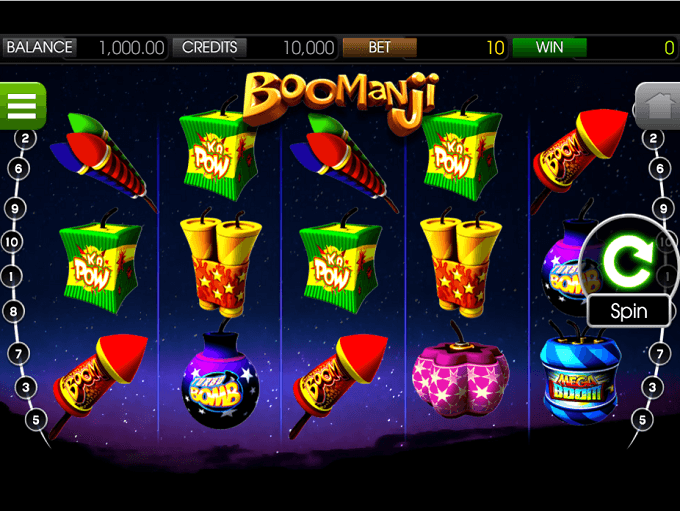 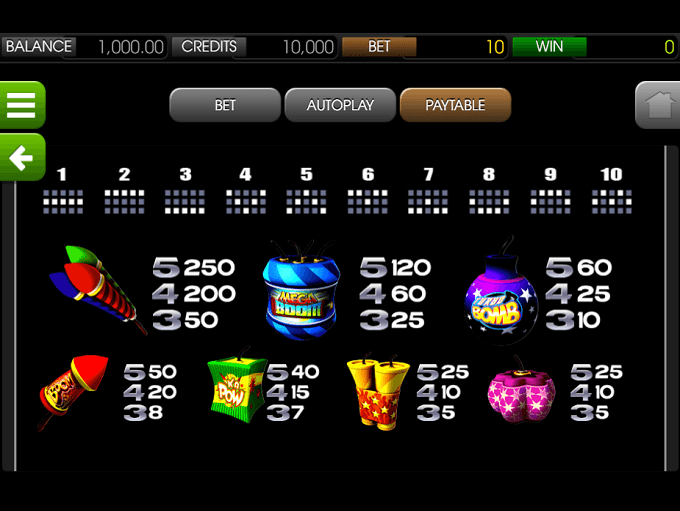 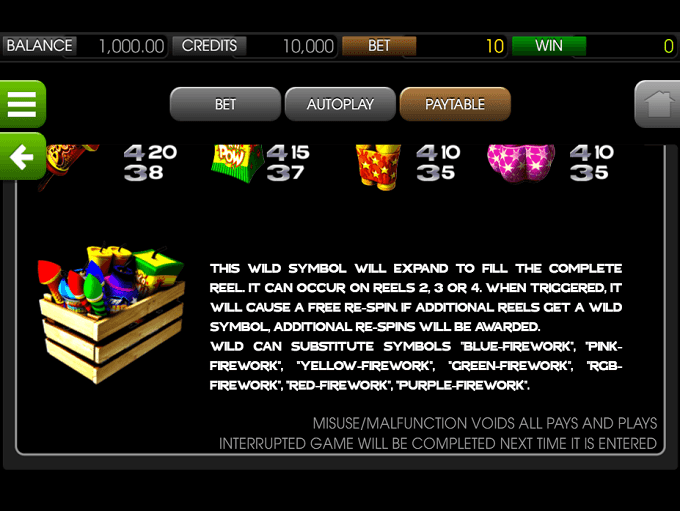 Get ready to celebrate like the 4th of July, Chinese New Year, Canada Day, or, well, every Friday.

A relatively simple game with 10 paylines (that feel like 20 given they pay both ways), Boomanji slot is just plain fun to play.

Boomanji is a pay-both-ways slot game, which means payouts explode from left to right and right to left.

The highest paying non-feature symbols are the Triple Rocket symbol and the Mega Boom symbols, awarding 250 and 120 credits respectively.

While Boomanji slot doesn’t feature autoplay or progressive jackpots, it does allow the player versatility in the game experience via its “Options” menu.

This high variance online slot isn’t about bonus features or scatters (because it has neither); rather, it’s about style and pure entertainment.

Not to mention winning potential-something that some of the other “loaded” slot games are seriously missing.

Play Boomanji online slots and have a blast at BetSoft casinos, literally!