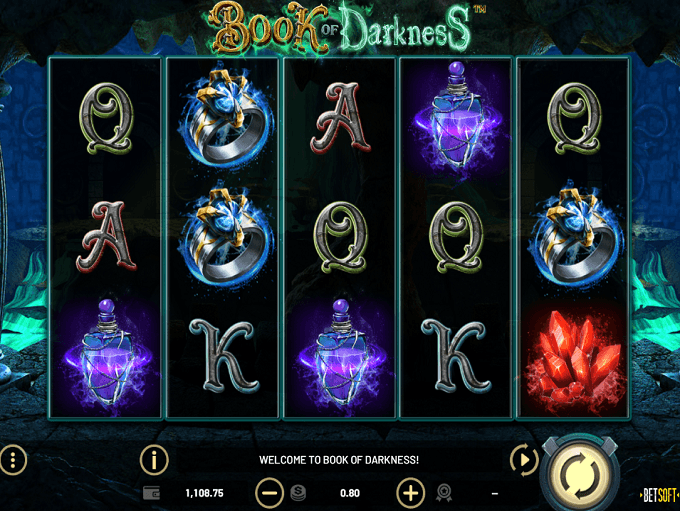 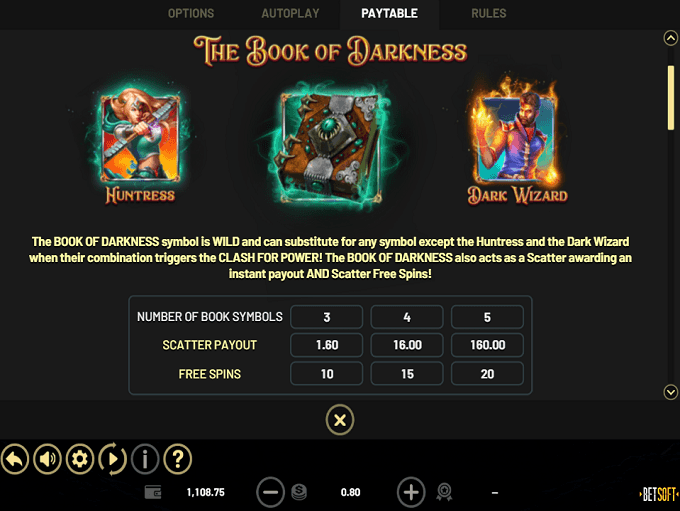 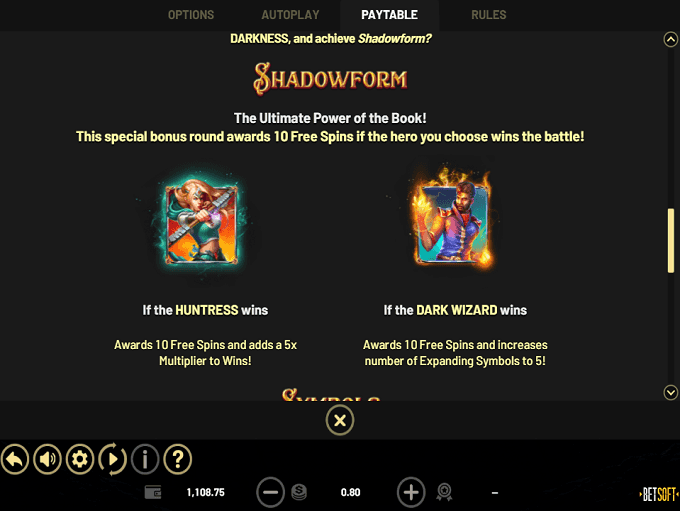 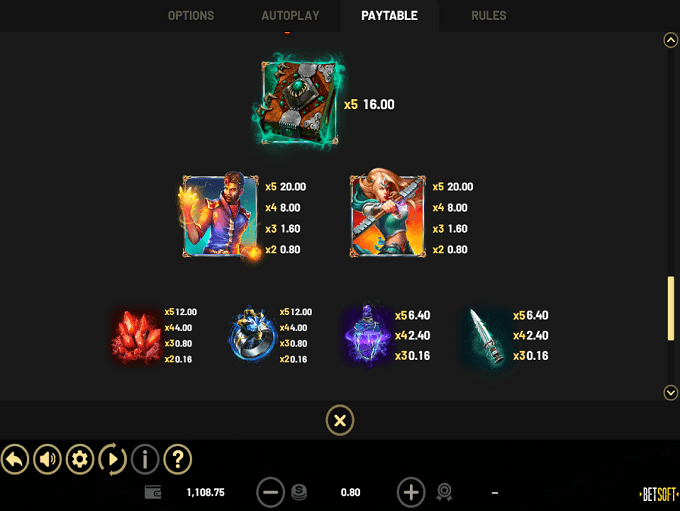 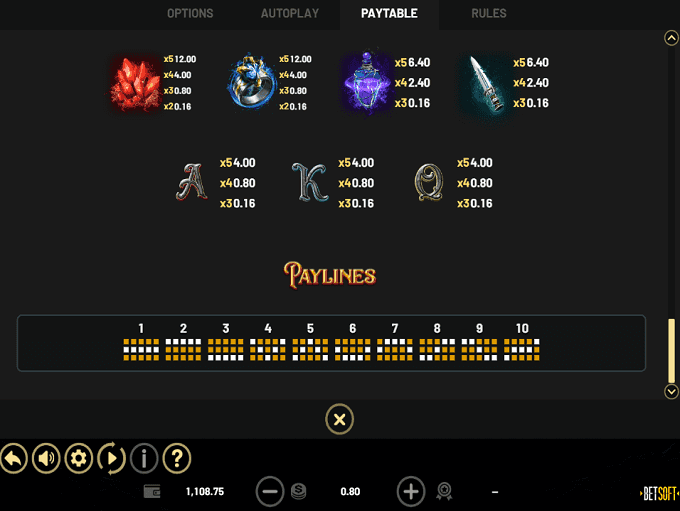 Let's head into a magical world where huntresses and dark wizards battle against each other for the ultimate supremacy and shadow form.

They need some help and it is up to you to set foot in their cursed forests and decide the fate of these extraordinary fighters in this 5 reel, 3 row video slot from BetSoft.

What’s The Theme About?

Book of Darkness is an online video slot with a fantasy theme. It is designed and created by BetSoft software provider who keeps tossing out marvelous pieces on the market.

The game takes place in a mysterious dark world where the supreme forces battle against each other for the final shadowform, which is believed to bring great power to those capable of achieving it.

The whole atmosphere reflects dark and heavy colors, the dark blue color is dominating the reels which are set between the pillars. It appears that the battle between the Huntress and a Dark Wizard is happening in the cursed forest.

Let’s see what the pay table is made of, shall we?

There are 3 premium paying Symbols which include the Huntress, the Dark Wizard and of course the Book. The huntress and the Dark Wizard are the most rewarding icons on the grid while the Book Symbol is worth slightly less.

However, the importance of the Book icon bursts significantly once you realize that it acts as both Wild and Scatter. As a Wild it will substitute for all other symbols bar the Huntress and Dark Wizard and as a Scatter it will provide a decent pay out as well as take you to the Free Spins.

The rest of the pay table consists of Red Crystals, Rings, Blue Potions and Daggers that make up for the medium value symbols. At the low end of the pay table you’ll find A, K and Q royals.

And What About The Betting Options And Features?

Book of Darkness comes with a classic grid setup of 5 reels, 3 rows and 10 fixed pay lines. In order for you to land a winning combination you’ll need to match 3 or more identical symbols on one of the lines.

0,10 credits is the least needed amount to start spinning while the maximum bet is 10 credits per spin. We can freely say that this betting range is slightly favored towards low stake rollers.

The game’s RTP is on the good side, sitting at 96,48% and the maximum potential of this online slot reaches 1,056x the stake.

Free Spins - 3, 4 or 5 Book Scatters anywhere on the reels trigger the feature and award 10, 15 or 20 spins free of charge respectively. Before the feature starts, one randomly selected symbol will be chosen to expand vertically should it appear on at least 3 reels.

Clash of Power - to trigger this feature you’ll need to land the Huntress, Dark Wizard and Book Symbols in specific order in a straight line. Choose your hero and witness the clash as you fill the Hero Meter.

If your hero comes out victorious, then the Shadowform bonus is activated. You’ll get 10 Free Spins with either x5 multiplier or 5 expanding symbols depending on which Hero won.

Shall We Wrap It Up?

This is another great “Book of” edition from BetSoft. The game satisfies in all aspects, the stats are good and so are the graphics. The game also tells a story which is represented by features that are connected in a way.

This one-armed bandit is based on new HTML5 technology which makes it perfectly viable on your mobile devices.