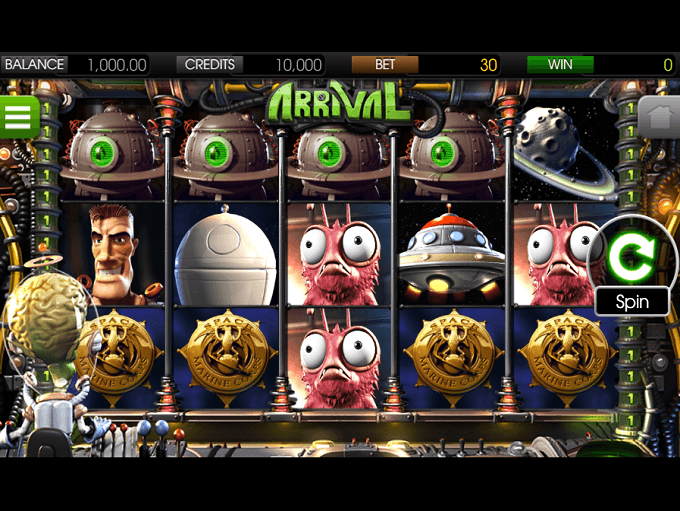 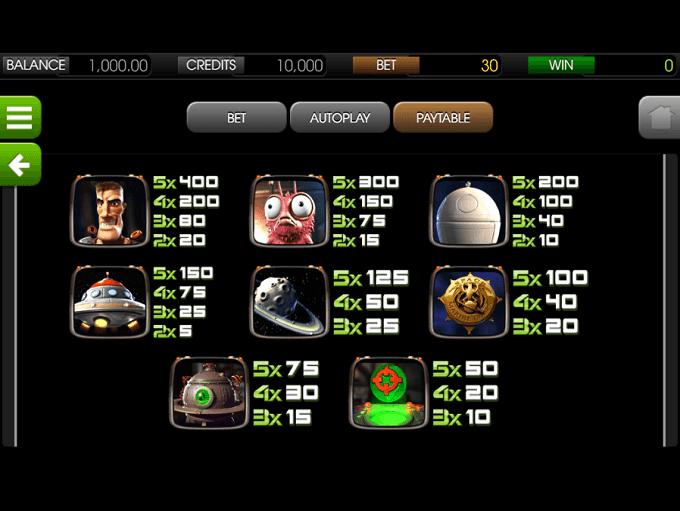 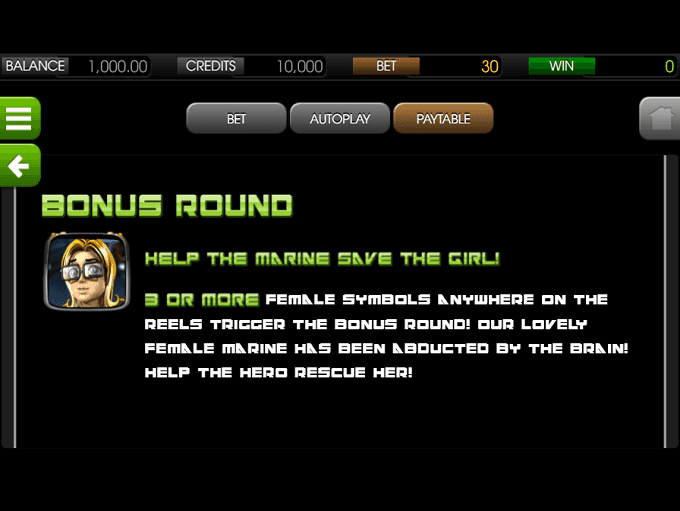 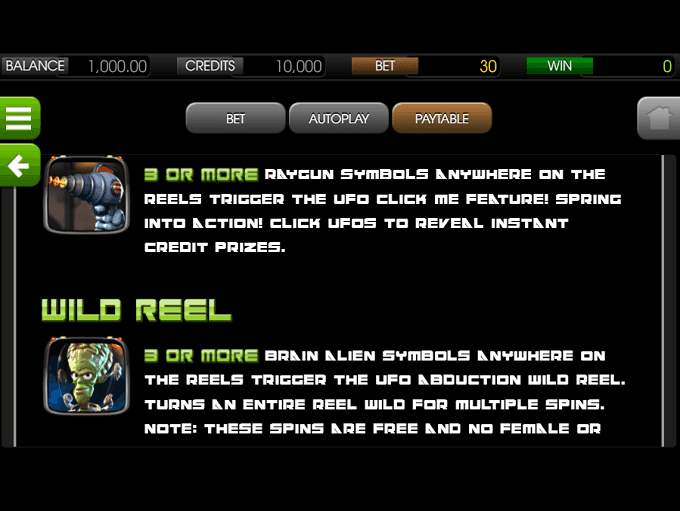 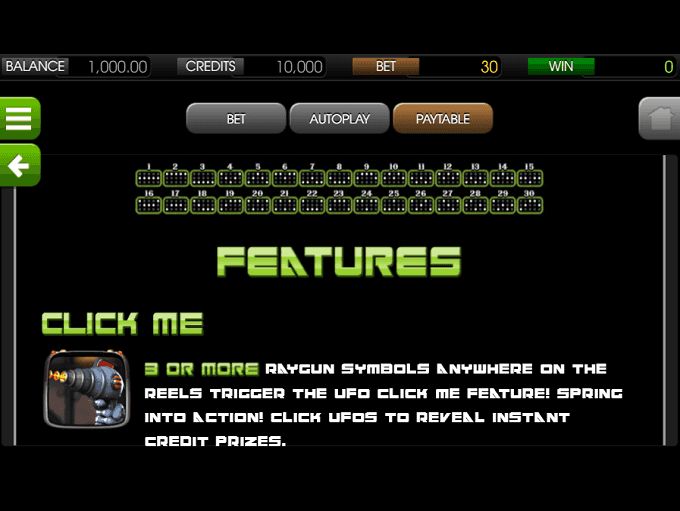 Arrival 3D slots have 5-reels and 30-paylines, and mixes wilds, scatters, bonus features, free games, and jackpots with a fairly heavily studded story line! Online slots fans that like a little plot with their spins will certainly have plenty to play for in this Arrival online slots game.

Speaking as someone who watches a fair bit of computer animated movies (don’t judge), this slot bares a slight resemblance to Monsters vs. Aliens, and is almost as entertaining. The Alien is a bit of an arse, taunting you at every step and spin.

The Arrival 3D slot game is heavily animated on every layer, raising that entertainment bar higher with each spin.

Game wagers are determined by coin size and number of coins played on each of the paylines. If all 30 paylines are activated, wagers will range from $0.60, with one $0.02 coin played per line, to 75.00 credits per game when five $0.50 coins are played per line.

Half of the eight symbols award a payout with as few as two symbols on an active payline. Since play goes from left to right, this will make the first two reels the most popular ones for payouts.

Arrival offers several bonus features, all triggered by symbols within the main game; the Ray Gun symbol, Alien Brain symbol and Female Marine symbol. Read on to see which symbol triggers what, and how it’s activated:

Three ore more Alien Brain symbols anywhere on the reels triggers the Abduction Wild Reel Feature. The UFO will target a whole reel and turn it into an expanded wild while you bask in the glory of free games.

The Female Marine symbol will trigger the bonus round when three or more of her land on an active payline, from left to right:

Three ore more Ray Gun scatters activate the Click Me game. You’ll be prompted to select one of the Ray Guns to reveal an instant win prize.