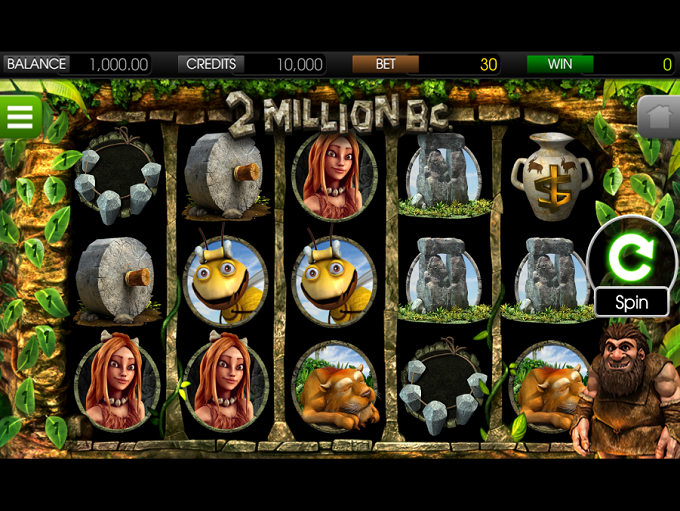 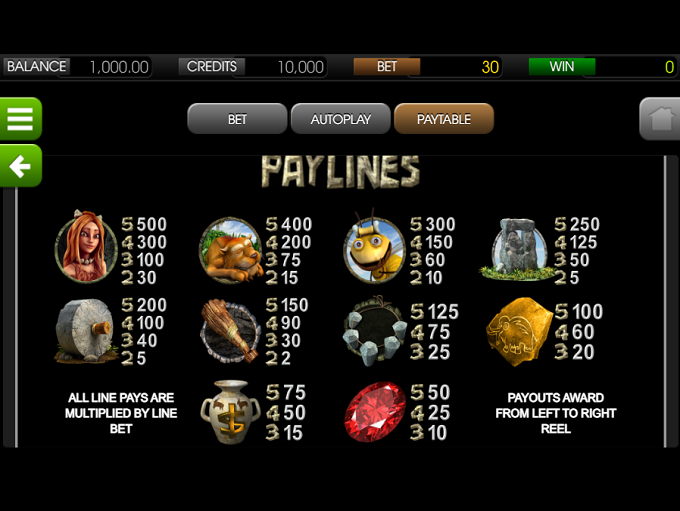 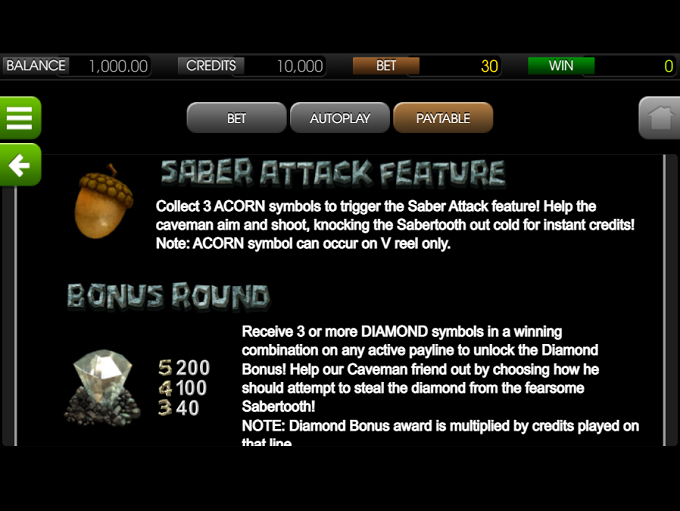 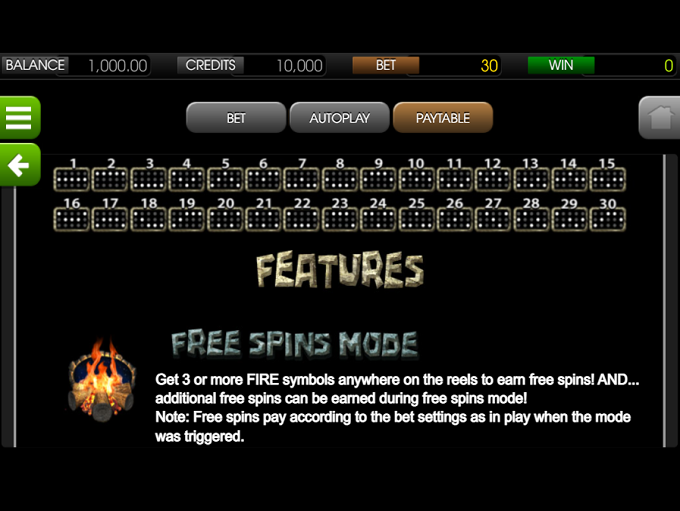 As a 3D animated slot, you’ll get to enjoy 2 Million BC slot with its antics, frustrations, and celebrations of the Caveman, who is all at once volatile, vulgar, and entertaining. This low-variance slot gives you a lot to root for (as if rooting for the Caveman wasn’t enough).

The pay table is a little camouflaged (check out the leaf in the upper right-hand corner). Payouts award from left to right in this 3D slot.

Keep your eyes peeled for the Cave Girl and the Sleeping Saber; they are your two highest non-feature symbols. Several of the higher paying symbols pay with just two symbols on a payline, so you’ll find that Reels 1 and 2 are pretty active.

The game features three scatter symbols that activate the three different bonus features it has to offer.

Three or more Fire symbols trigger the Free Spins round. These spins let the good times roll in a nighttime setting, and they will continue to spin as long as three or more fire scatters keep landing on the reels.

Every time an Acorn lands on the reels, it is collected and stored until you have three. Once three are collected the Saber Attacks Feature is activated.

In my experience with this feature game, this is one of the more commonly triggered features.

When three or more Diamonds land on a payline the Diamond Bonus feature activates. From there the story unfolds that the Saber tooth Tiger has stolen the Diamond from Cave Girl.

2 Million BC online slots feature a customized auto-play that must be set up manually each 100 spins. Turbo play is not available, so you may be tapping your feet along with the Caveman as the wins count down (there are worst things, trust me).

Play 2 Million BC 3D slots to enjoy all its bonus features, and the caveman inside you!