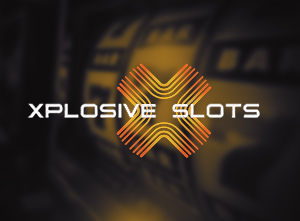 Xplosive slots is an odd bird. There is not really all that much information available about the company, even though they do have a considerable number of slots out. It seems that they are either a company working under BlueOcean Gaming or simply a subset of the company releasing slots under the Xplosive trademark. Whatever the case, there are plenty of games available for play.

BlueOcean Gaming was founded in 2010, and the Xplosive slots first saw the light of the day in 2015. The collection has been steadily growing and continues to do so. These games combine interesting gameplay with quality artwork and set of themes and features that help them a standout amongst the competition.

The software arm of the parent company

BlueOcean Gaming is a multi talent of iGaming. They started off as a software provider. This is why these slots are only a very small part of their portfolio. Besides these slots the company has a long list of other products that they offer.

It’s worth looking into this, as it is the experience and knowledge that in the end determine what kind of slots the team builds. Since the parent company deals with such a large number of other companies they have plenty of material with which to compare their own slots. In the end, this serves as a great way to offer the kind of games that are missing from the catalogue of other software providers.

What makes Xplosive slots so different?

The name has been chosen for a reason. The aim to create an explosive slot that brings forth every reason to play it, and keeps it so spin after spin. To achieve this the games bring forth design and features that you don’t usually see. In other words, something new, something interesting and something surprising. Not that this is the case with every game and every feature, rather these games are in comparison to other similar games. They are the same, but better. And of course, more explosive.

The games function on all devices, however, this does not mean that they are aimed at the most modern crowd. In fact, it seems like the team has chosen to take a somewhat conservative approach, seeking influences from traditional slots. Or, at least the style is similar, the paylines, special features and such are quite innovative and usually come with proper payouts.

Will the team ever become something else?

It seems like not. The Xplosive slots will remain slots, and the team behind them will continue to produce similar games. Given that BlueOcean Gaming already has an ample portfolio of other products, there probably won't be a need for table games, video poker, or any other games. However, it might be that the company will concentrate more on the mobile market and online casinos in the future, as right now their games are perhaps aimed a bit more at the land-based casinos.