3.0/5
3.0/5 lcb.org
3.0/5 casinolistings.com
3.1/5 gamesandcasino.com
Play
Mobile review
This Casino has a Warning!
Royal Vegas Casino has a warning, we advise you play at another casino. 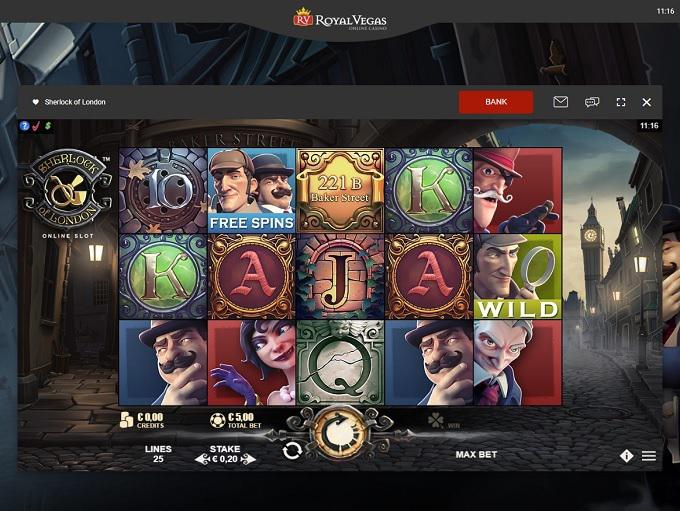 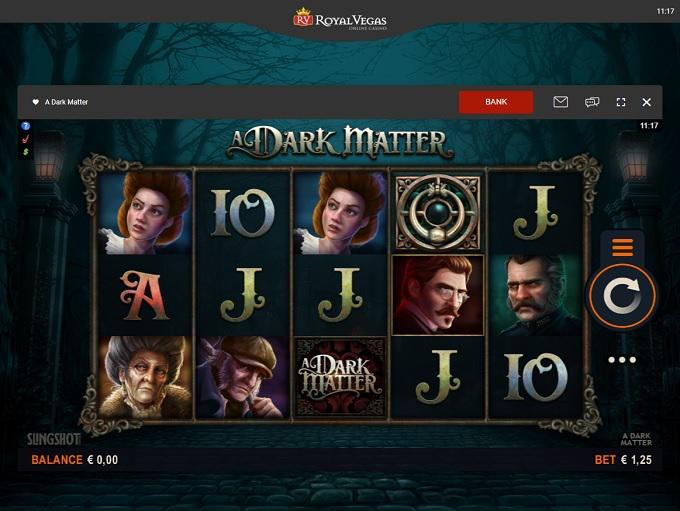 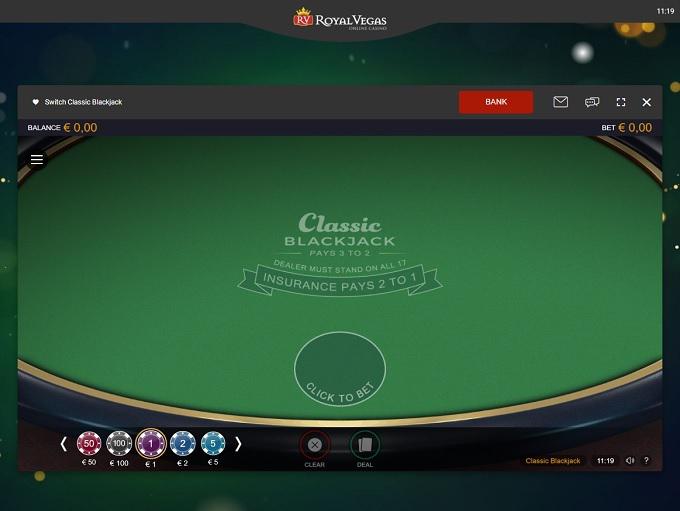 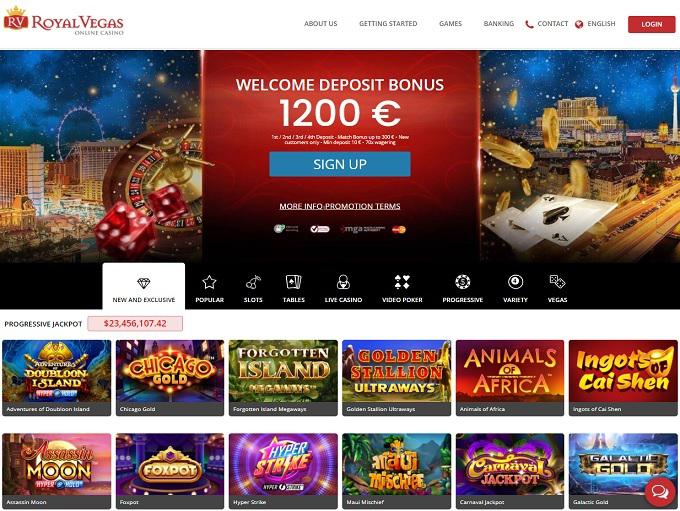 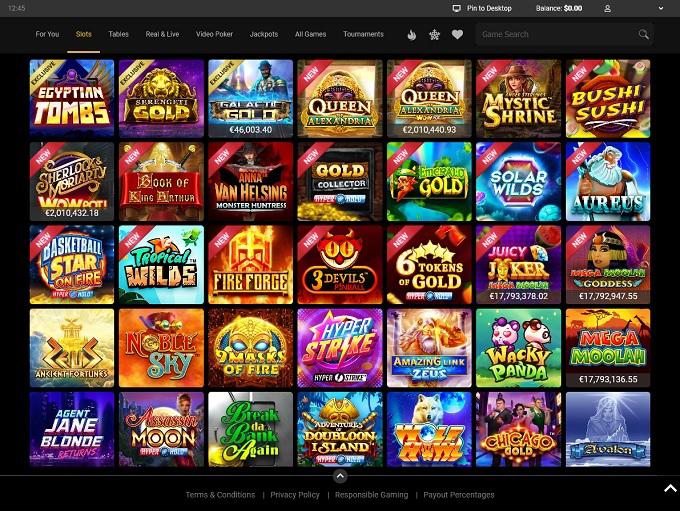 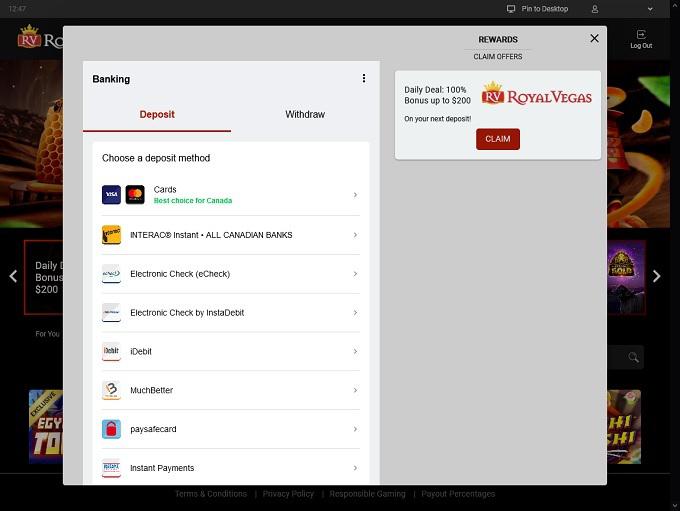 Royal Vegas Casino been running since 2000, and they do have a good reputation that's largely based on providing solid service for over a decade and a half. Royal Vegas is licensed in Malta, and they also have the eCOGRA Safe & Fair Seal, so trust is not an issue in the least bit.

With that aisde, they are a good example of an online casino that has had the potential to be in the top tier of sites that use the Microgaming software, but they've never seemed to break through those final barriers to realize that potential.

You won't get the more dated titles that aren't as popular from Microgaming here, but what you will get is a collection of curated games from many lesser-known companies that put out a high-quality product.

The two main options for desktop players are a Flash-based instant play option and a downloadable installer. Mobile players are also welcome to play here, though the game selection isn't as extensive as it is for desktop users.

The key thing to realize here is that there are multiple ways to play, and both the instant play and mobile options can be used by players on a variety of operating systems.

The selection of Microgaming slots is pretty impressive since they've hand-picked all of their top titles, including all of their newest games and plenty of popular classics, to be a part of the collection in this software platform.

In addition to those games, you'll also get a lot of titles from smaller developers that focus more on quality than quanity.

While the majority of the games available here are of the five-reel variety, you'll find plenty of games that fall into the classic slot genre with three reels.

A number of their games also have atypical formats, such as four-reel games and other non-standard formats, so players get a lot of different choices.

A lot of operators these days don't have much to offer in terms of actual casino games other than slots. Royal Vegas has a major strength in that they have a really extensive selection of table games and other titles.

They benefit from having Microgaming's Gold series of table games that were designed to give players the best experience in the industry in a really wide variety of table games including dozens of casino, poker, blackjack, roulette and Baccarat games.

This is in addition to craps, keno and the other titles you could expect along with several styles of video poker.

Royal Vegas has a longer history than most of reliable cash outs. They also offer a really extensive collection of payment methods that include MasterCard, Maestro, Visa, Solo, Skrill, Neteller, PayPal, EcoCard, EntroPay, InstaDebit and more than a dozen other options.

Most of these are electronic wallets or similar, but they also take several credit cards as well as offering withdrawals via paper check.

Cash outs tend to come within three to five business days for most methods. They have decent processing times that do not make players wait unnecessarily, but they aren't going to beat some of the newer generation of sites that process payments within hours.

Royal Vegas doesn't have a withdrawal limit on progressive wins, but if you've won more than five times your total deposits, then they'll limit you to €5,000 in withdrawals each week.

When it comes to support they are really good about offering tons of options for contacting them. More than two dozen different telephone lines are up and running for players from all different countries, and this just shows how extensive their customer service team really is.

The service itself seems friendly, though they may be suffering a little on response times because of the sheer size of their operation.

We contacted them via live chat to ask a few questions for this review, and it took a couple of minutes before we were connected to an operator.

However, once we were connected, support team member Dan was friendly and answered our questions without further delays. An email option is also available aside from the telephone lines and live chat.