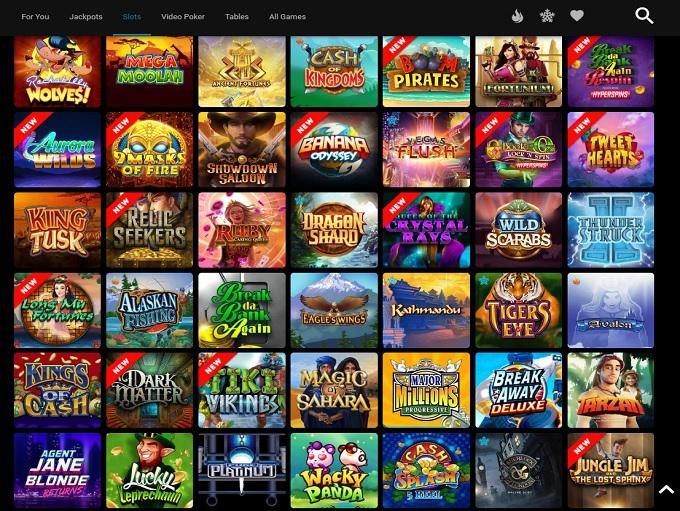 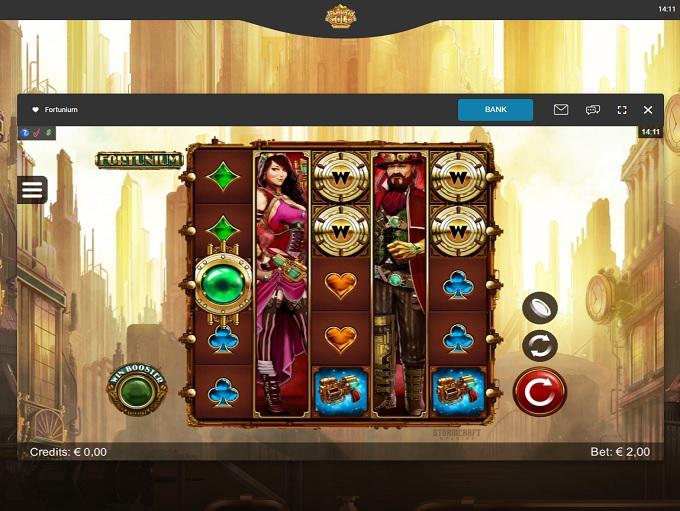 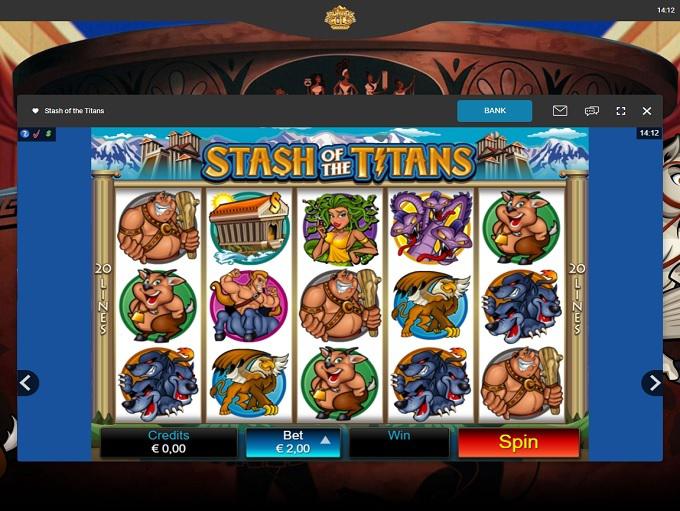 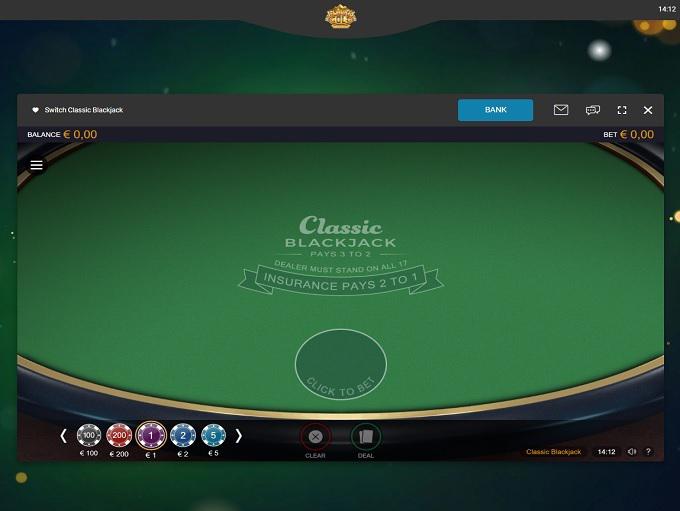 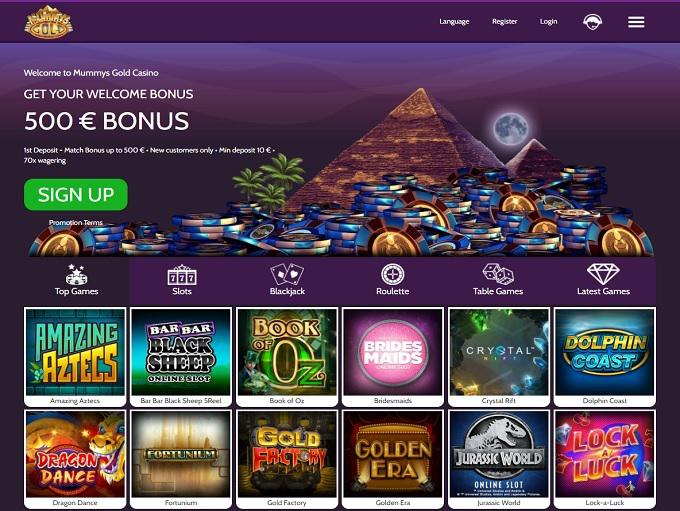 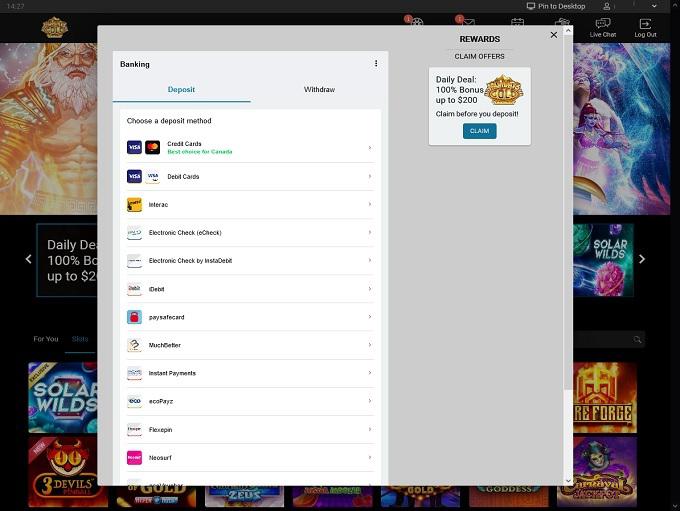 Mummy's Gold Casino is a bit atypical in that it's switched owners a time or two and actually closed down for new players during a period of business restructuring. With that having been said, they are open with no problems or complications regarding starting up new accounts or playing on existing ones at the time of this writing.

They are licensed for operation in Malta, and they're a part of the Palace Group that's known for operating a number of casino sites. This site also has the eCOGRA Safe & Fair Seal, and they have a history of paying players promptly that's lasted for years.

The software used at Mummy's Gold is powered by Microgaming, and it's the Quickfire platform in particular. This platform offers hundreds of games from Microgaming in addition to lots of titles from third-party developers.

They have hand-picked the best games from many lesser-known software companies to be included in the Quickfire platform, and this gives players the best of both worlds when it comes to quality and quantity.

Players will get to enjoy several different games styles as a result, and new titles come out frequently.

You have three main options for how to connect: a downloadable program that installs on your computer, an instant play option that runs in your web browser with no download required, or the mobile platform.

The game selection at Mummy's Gold is based around two main sections: the slots and the table games. The slots section consists of hundreds of titles, and you'll be able to pick from five-reel video slots, three-reel classic slots and a number of other games with atypical formats.

What makes their game selection stand out on this end is that the majority of the games included by third-party developers are different online slots. Since they're coming from so many different companies, you're getting a variety of approaches on graphics, formats and features.

On the table games end of things, variety is also the key focus, but the quality is there also. Several roulette and Baccarat games are offered in addition to traditional table games like craps.

A ton of blackjack games and different styles of video poker are also offered, and this is in addition to several versions of card-based table games like casino poker, Vegas Three Card Rummy, and others.

Mummy's Gold stands out for the large number of tournaments they offer. Instead of competing directly against the house, you can play your favorite online slots and other games and face off against other players.

This is the ultimate test of your combination of luck and skill, and it has the advantage of putting up a set entry fee for a lot of play with chances to pick up some sizable payouts if you are one of the highest-scoring players in the event.

There's a good selection of banking options here. Credit cards like Visa and MasterCard are accepted in addition to plenty of electronic options like Click2Pay, ClickandBuy, EcoCard, EntroPay, Neteller, Skrill, InstaDebit and others.

Electronic wallets have the fastest withdrawal times, but credit cards aren't far behind.

As far as their policy goes on withdrawals, there are some restrictions that could be considered this site's main weakness.

If you cash out more than five times your total deposits across all of the casino sites owned by the Palace Group (including this one), then there's a limit of €4,000 each week on your withdrawals. With that having been said, this does not apply to progressive jackpot wins.

Aside from this restriction, this site does have a reasonably long history of paying out reliably within a few days for their withdrawals, and there's no reason to think that will change.

Like most online casinos these days, they have three methods for contacting the customer service team: live chat, email and telephone. Something that makes them stand out a bit is that they have separate, toll-free telephone lines for multiple countries like Australia and Canada as well as an international line for everyone else.

Their live chat option is available from inside of the downloadable software, inside of the mobile app and directly from the website.

Overall, Mummy's Gold Casino has been a solid fixture in the industry for several years aside from a period of about six months in late 2014 where they stopped accepting new players after anticipating being shut down as a result of their parent company restructuring their business.

This turned out to be a false alarm, and previously-created accounts were not affected in any way. Now it's business as usual with no sign of that changing any time soon.