99% Up To $/€999
New Customer Offer. T&C’s Apply. 18+.  Match Bonus Money (Any Match Offer) needs to be wagered through 40X (below 100% Match Bonus offers). â‚¬/CAD$ Players playing with active bonuses are limited to bets no greater than â‚¬/CAD$ 0.50 per line and â‚¬/CAD$ 8 per round. Roulette, three card poker and baccarat, are excluded games.
Play 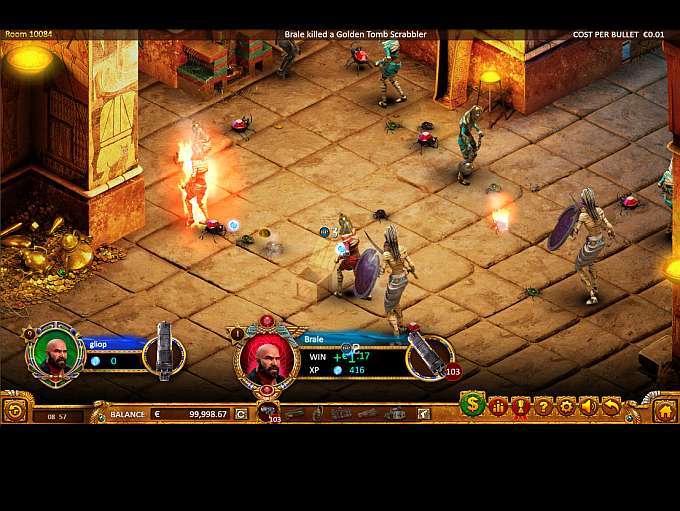 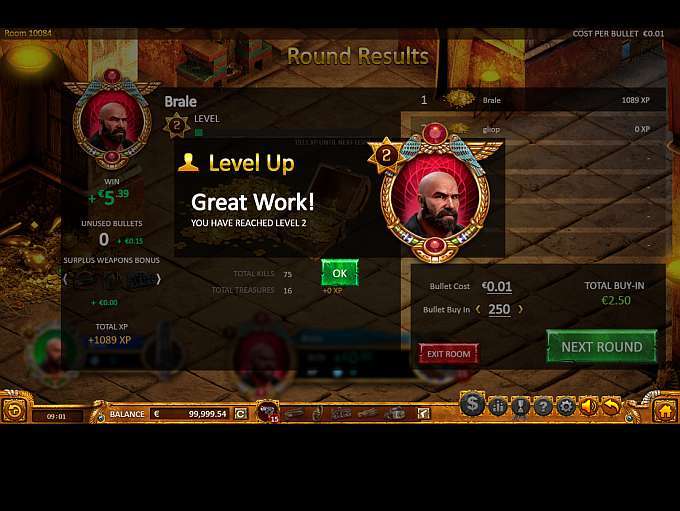 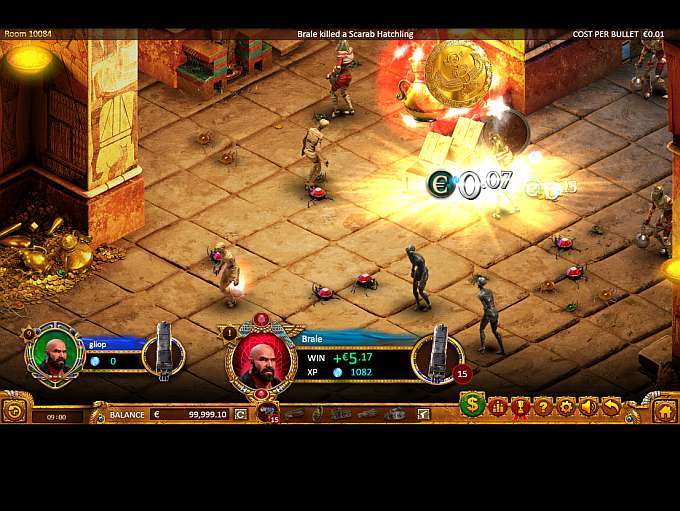 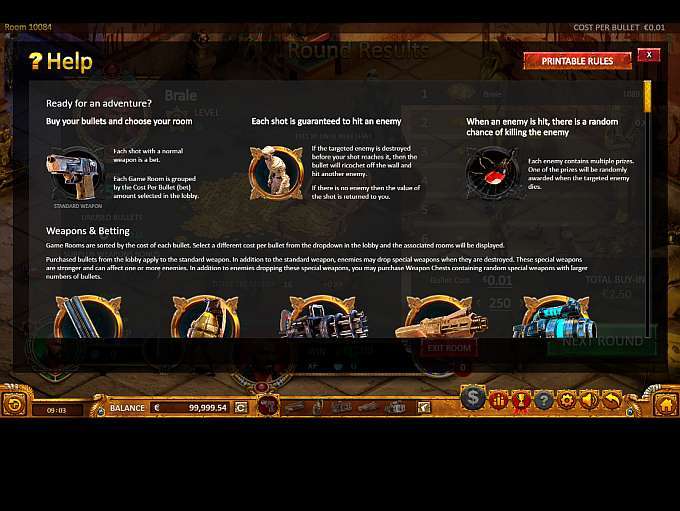 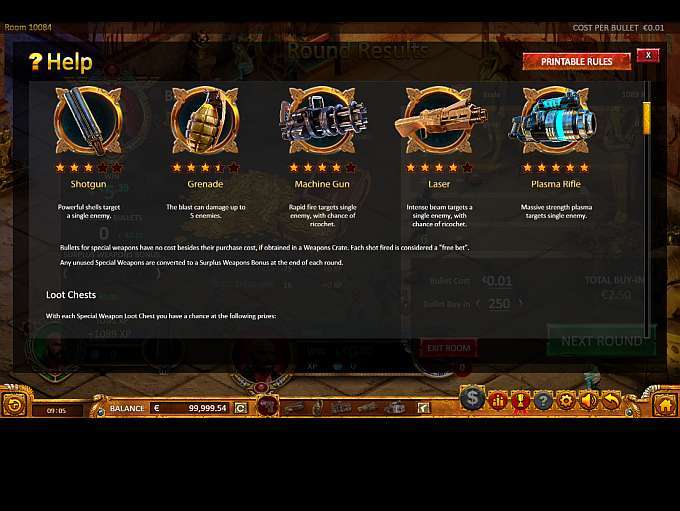 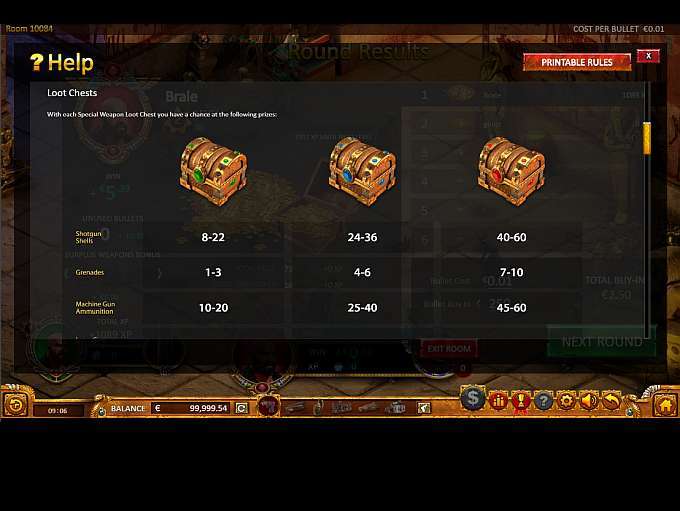 Welcome to the Ancient Egypt where the slots are played a bit differently.

Max Quest: The Wrath of Ra is not your typical slot game with reels and all…

…but the groundbreaking vision of BetSoft takes you on an action packed, multiplayer adventure looking for an ancient Egyptian treasure.

In order to get to the treasure, you need to defeat the army of Amon Ra that has risen from the dead.

Before you actually start the game…

…you are welcomed to the lobby, where you can choose your avatar (name, gender, looks) and then you need to place your bets.

In the game room section that appears, you need to choose bullet cost a.k.a. the coin value. The range of the bullet cost goes from 0.01 up to 0.25 euros.

Then you need to place your total buy in a.k.a. bullet buy in, and choose the room in which you want to enter. Rooms are sorted by the price of each bullet and there can be 6 players maximum in each room.

And now the game begins!

Instead of constantly hitting spin, you pick a target and instead of matching symbols you will get your prize when you destroy the target you picked. There are different prizes with each enemy, and they are randomly given after the enemy is destroyed.

There are standard weapons and bullets bought in the lobby that apply to them. There are also special weapons which could be dropped by the enemy when they are destroyed, and those weapons are more powerful.

It’s important to point out:

Every bullet you fire will hit the enemy. Each enemy carries 1 of 7 potential cash rewards, but you could also be rewarded with:

Some of the enemies you’ll encounter on your way through ancient temple are bugs - Shadow Scarab and Ruby Crypt Watcher, and the members of the Army of Undead like Wrapped Spiritguard, Wrapped Minion and Emerald Bataanta among others. There is also a Risen enemy.

When you kill an enemy there is always a chance that they will rise again.

Risen enemies are harder to kill!

But not to worry - they bare generous rewards.

In the Max Quest, Gods can rise too. At the end of the round there is a chance that one of the three wrathful Gods of Egypt will rise and summon his minions. All players must work together in order to kill this God. Bullets fired against the God act in the same way as fired against the standard enemy which means you can win cash prizes held within him.

Once God is defeated, prizes are divided equally among players in proportion to their contribution.

You will be given quests, up to 25 at the time, and when you complete them you will be rewarded XP that will help you in your positioning on the leaderboard. If your rewards in the game room are connected to the active quest, it will affect the progress of your quest.

Ranking is done each 33 days, when all players compete against each other in a tournament. The highest ranking player on the leaderboard, player who earned the biggest amount of XP, will be rewarded with Treasure Chests containing cash prizes.

If you are in the mood for something more adventurous, untraditional, competitive and fun, try Max Quest: The Wrath of Ra!