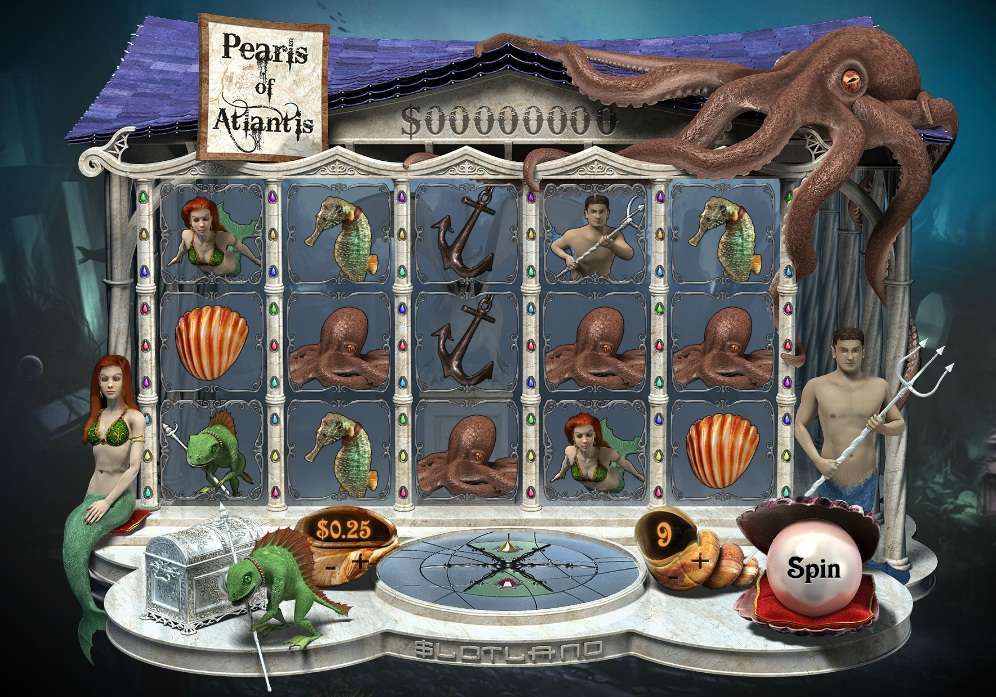 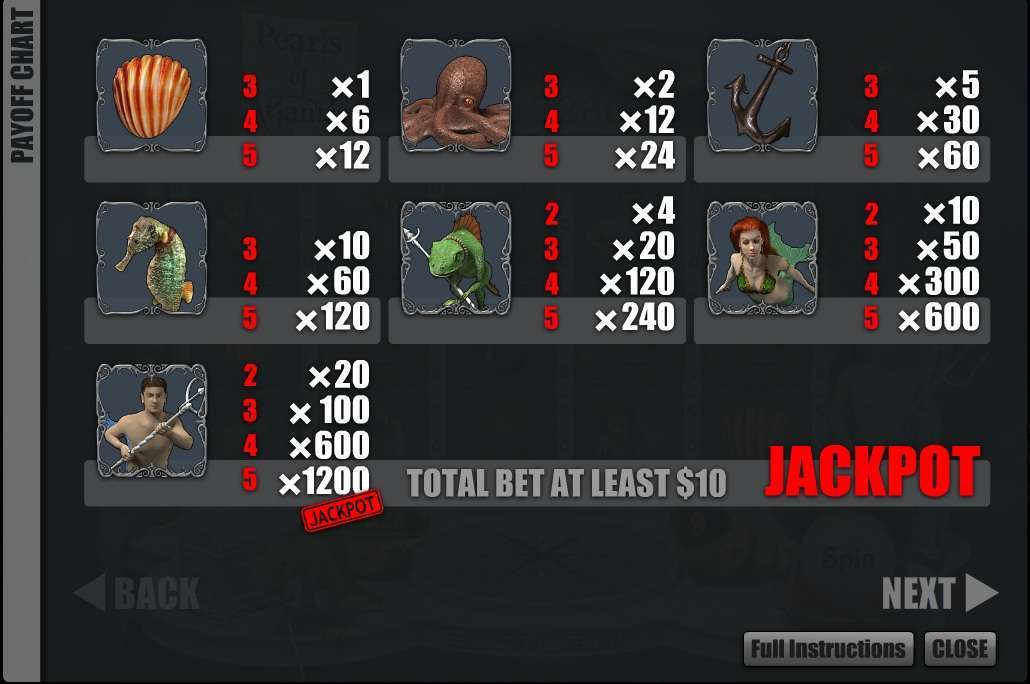 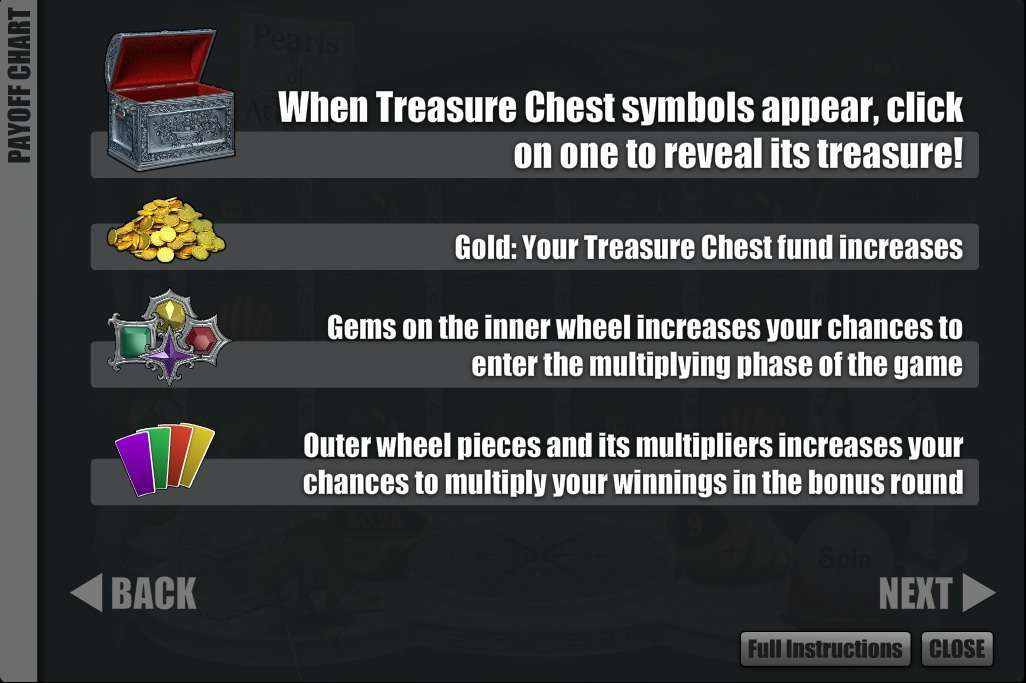 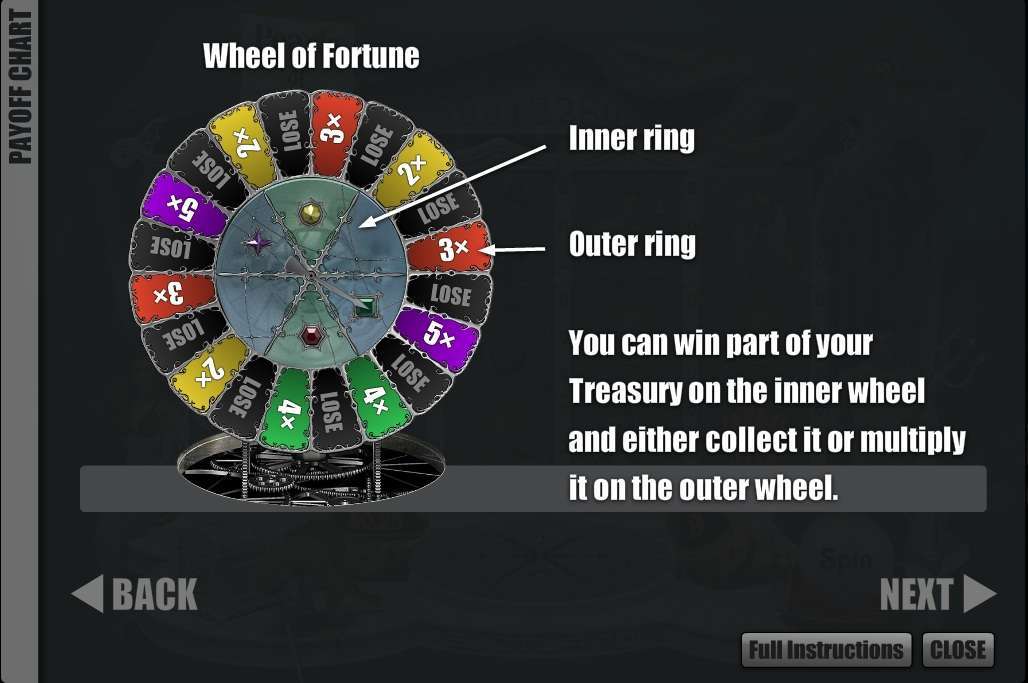 Pearls of Atlantis slots have 5-reels and 9-paylines with a progressive jackpot, plus there's a bonus game where players can win up to 5x the collected bonuses with a spin of a wheel!

The object of Pearls of Atlantis slot is to collect symbols from treasure chests that appear in the game. And those symbols will be added to the game's treasure chest fund to be used during the bonus game.

What I liked about playing this game is the three top-paying symbols will give extra coins back with just two of them on the first two reels and on a payline. When I got two Mermaids, the payout was more than my actual bet. If you happen to get two Tritons, it would be double that of the Mermaids.

One of three bonus game pieces will appear after you pick a treasure chest, Gold, a Gem, or a Wheel piece, and then it will be added to the Treasure Chest fund.

When five Wheel pieces have been collected, the Wheel of Fortune bonus game will be triggered.

The Pearls of Atlantis slots Bonus game will be activated after five wheel pieces have been collected; from the Treasure Chest scatters during the regular game.

Round one in the Wheel of Fortune bonus game:

Round two in the Wheel of Fortune bonus game:

Before Round two, you have the option to choose "Collect" button if you don't think it's worth the try or the odds aren't right. By collecting, you will get a portion of the Treasure Chest. If you continue to round two and hit a blank spot, you will lose that awarded portion.

The more game pieces you get and add to the Treasure Chest Fund, the better your chances are of hitting a multiplier in Round 2 of the bonus game.

So, unless you've collected enough game pieces for round two, it might be best for you to collect what you can, or lose it by trying the spin.

Play Pearls of Atlantis progressive slots at Slotland Casino, and see if you can enter the wheel of fortune!