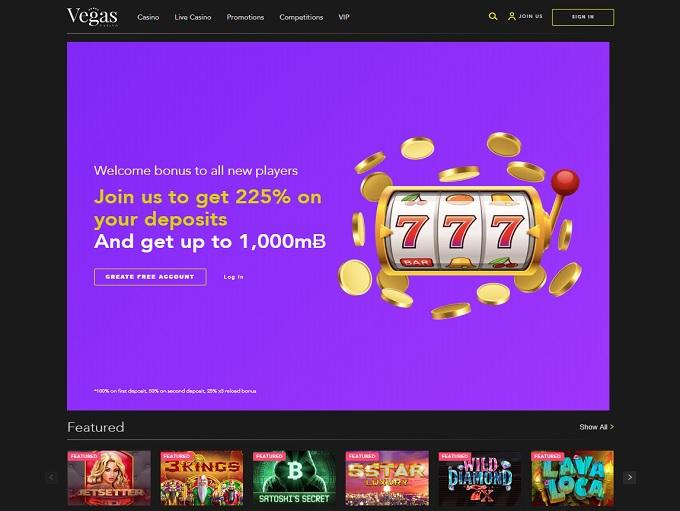 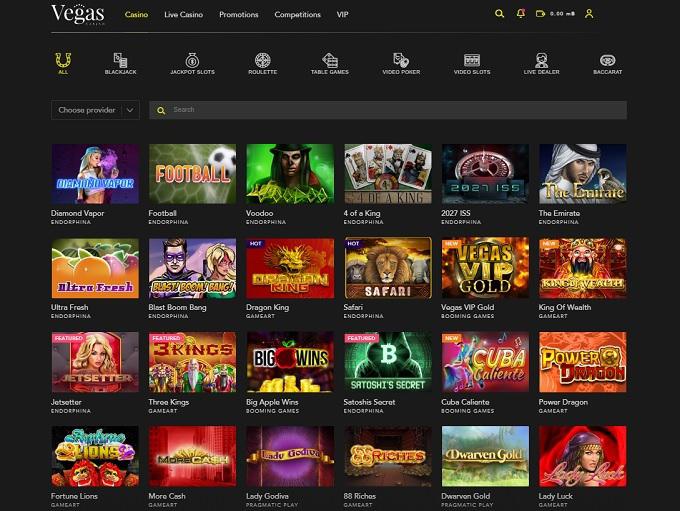 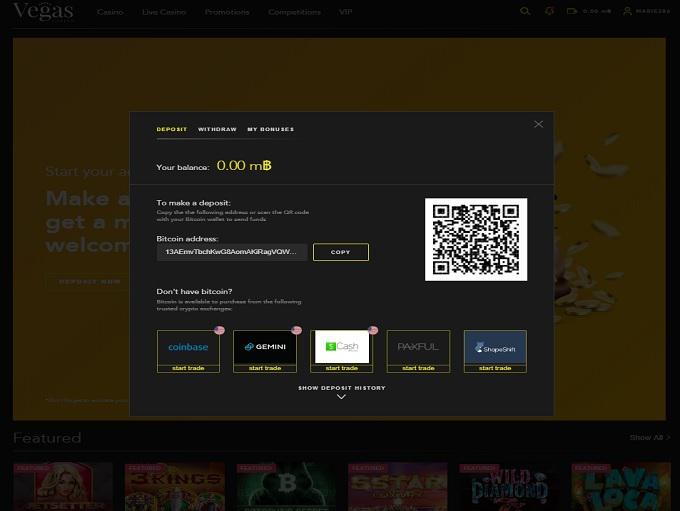 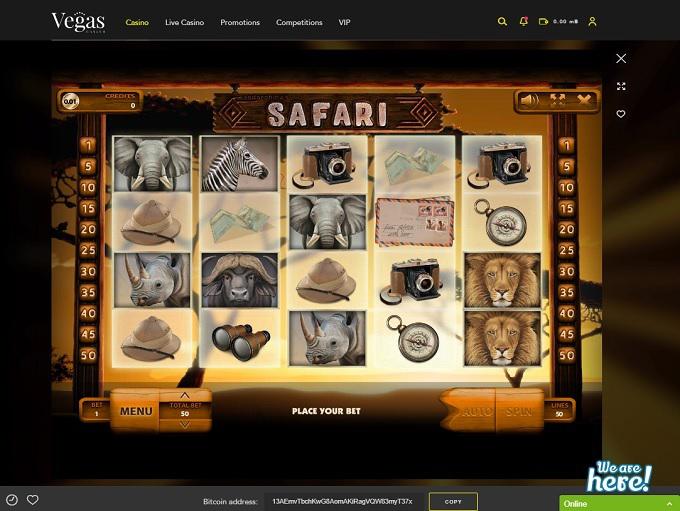 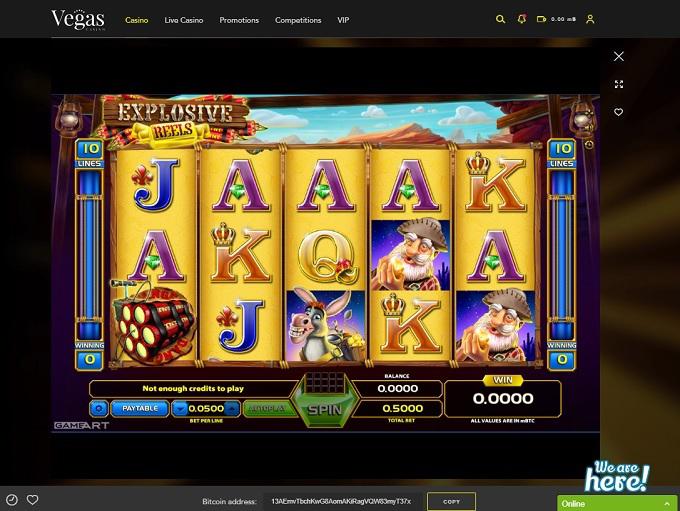 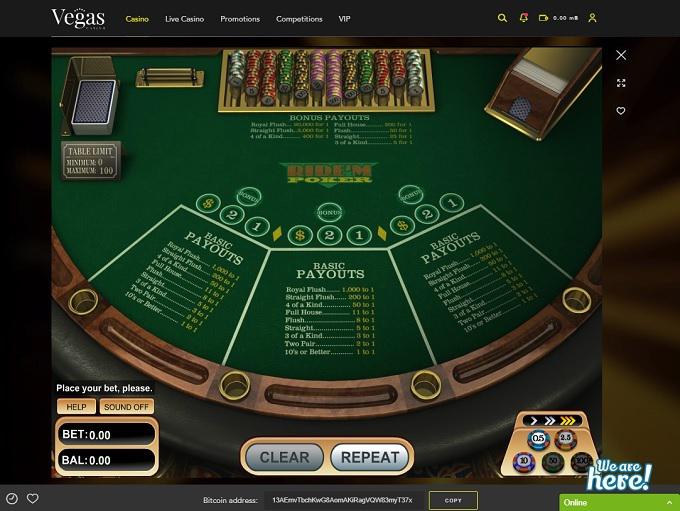 In 2015, VegasCasino.io opened to take advantage of the booming popularity of the bitcoin crypto-currency. This site has not been around all that often, so they haven't been able to build up that much of a reputation just yet. Additionally, they are licensed in Costa Rica, which isn't a jurisdiction known for keeping their licensees on the right path, so a license from there doesn't mean much. The company that owns and operates this site is called VegasCasino Affiliates, and they are licensed in Curacao. This operator does not have an established history either.

There are three main software companies that have content at this site. Those include BetSoft, Play'n Go and Novomatic (recently found to be pirated Novomatic slots and the reason for our warning). Along these lines, all three of these providers' games are included in a web-based software platform, so there are no downloads required. In fact, there is no downloadable platform, so players never have to worry about what kind of computer or operating system they're using. Mac and Linux players can get in on the action just as easily as players who are running Windows.

A mobile option is also available, and it runs through the mobile web browser. The big advantage of this approach is that a single platform is able to work for players with all different types of smartphones, tablets and other mobile devices. The disadvantage is that you have to wait on loading times for the games, and those times can vary if you have a slow Internet connection. Along similar lines, players might want to avoid playing too often if they are on a limited data plan unless they can reach a Wi-Fi access point.

The selection of slots makes up the majority of the titles available here. The games have been especially modified to work with denominations of bitcoin, and this works out great for this particular casino. Many of the BetSoft-powered titles use 3D graphics and have feature-rich gameplay options, and the Play'n Go and Novomatic games are of a high quality as well. Overall, there are hundreds of slots to choose from, and that puts players in the driver's seat when it comes to picking and choosing the titles that they prefer the most.

There are a few dozen non-slot games available at this site. This isn't the largest selection of table games out there, but it's also not the smallest. A handful of blackjack games and video poker titles give strategic-minded players a good number of options to choose from, and they have the typical selection of roulette, craps, Baccarat and casino poker. The games all look great, and the visual presentation of the tables is definitely a strong point. Table games fans who want to use the bitcoin currency will be pleased by the offering here.

Deposits and withdrawals are all handled exclusively in bitcoin at VegasCasino.io. There are withdrawal limits of 50 bitcoin per week, and at the time of this writing, that's worth about €20,600, so it's well over what the withdrawal limits are at most sites running today. They haven't been running long enough to have much of a history on their payouts, but the history they do have is a little hit and miss. Some people claim they received their withdrawals within hours, and others claim that it's taken over a week.

One of the main problems that some players will have with this site is the fact that it only uses bitcoin. There's a little bit of a learning curve when it comes to learning how to deposit and cash out with this crypto-currency. However, the support team is trained to make it as quick and easy as possible for someone who has no experience with bitcoin at all to get in on the action and learn everything they need to know to make the deposit and withdrawal processes go smoothly.

There are two ways to contact the support team: email and live chat. There is no telephone support, but when we contacted the customer service team through live chat, we were greeted almost immediately. The operator was very friendly with us and answered our questions quickly, so the lack of a telephone option probably isn't that big of a deal. This site seems to have put a lot of effort into giving great customer service, and that's sure to pay off in the long run.

The problem with VegasCasino.io is that it doesn't have a long history, it doesn't have the backing of an established operator and its license doesn't hold very much weight at all. Along these lines, they haven't done anything to make us suggest players stay away, but they also haven't earned a strong endorsement. If you decide to play with this site, our recommendation is to play with small amounts first so you can form your own opinion of their service on withdrawals.