111% Up To $500
New Customer Offer. T&C’s Apply. 18+. USD currency is not supported for deposits and withdrawals. All deposits in cryptocurrencies are automatically converted for play in USD. Min deposit: 25$. Maximum cash out for any Welcome Bonus is $5,000.
Play 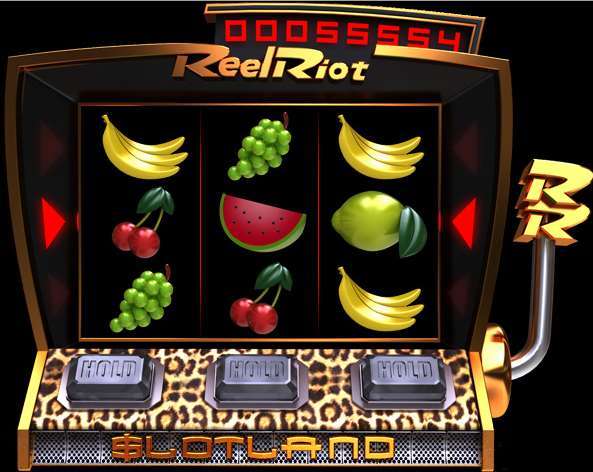 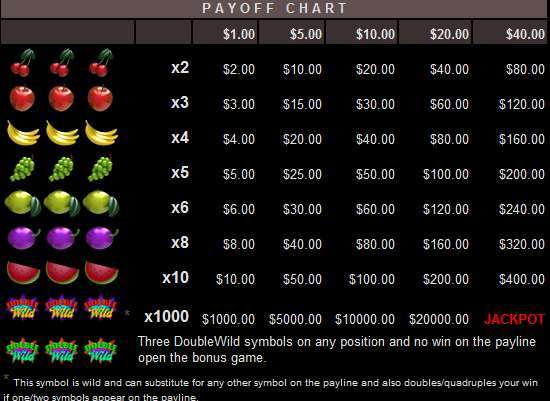 Now here's a game where you can mix up your playing strategy, as you can hold whichever reel you want until your symbol gives you a payout.

Reel Riot slot game from Slotland has double wilds towards extra payouts, a progressive jackpot, and a bonus game in its 3 reels and 1 payline. That's pretty awesome; a classic slot with a bonus game to play.

You will see some pleasingly colorful symbols in Reel Riot slots, and most of those are of the fruit variety. Some of my favorites are among this mix, with Cherries, Bananas, Apples, and Grapes; giving 2x, 3x, 4x, and 5x your coin bet when 3 of these symbols land on the payline respectively.

And as for the higher paying symbols in Reel Riot progressive slots, there's the Lemon, the Plum, and the Watermelon which give payouts of 6x, 8x, and 10x your coin bet respectively on the payline.

The highest paying is of course the Double Wild symbol, of which the payouts are shown in the pay table.

What is unique the Reel Riot slots, is that you can "Hold" a reel or reels until your symbol or symbols have lined up for a win! The hold will stay for each spin you make until a win is made.

I like the idea of a doubling wild which will boost my payouts two times and even four times, just by landing at the same time on the line with my favorite fruits in Reel Riot slots, and you can hold them too!

Get 3 of the Double Wild symbols to land anywhere on the three reels at the same time, and the Reel Riot Bonus Game will be triggered:

I got to looking at the picture above and noticed if the "1 with arrows" was highlighted, it would then go to the "5 with arrows" giving you another 5 times your bet before the game ends.

I played this Reel Riot slot game, and it is addicting and fun to play, and I almost got the bonus game several times!

Reel Riot slots has great payouts, it's relaxing, and a fun game to play at Slotland!