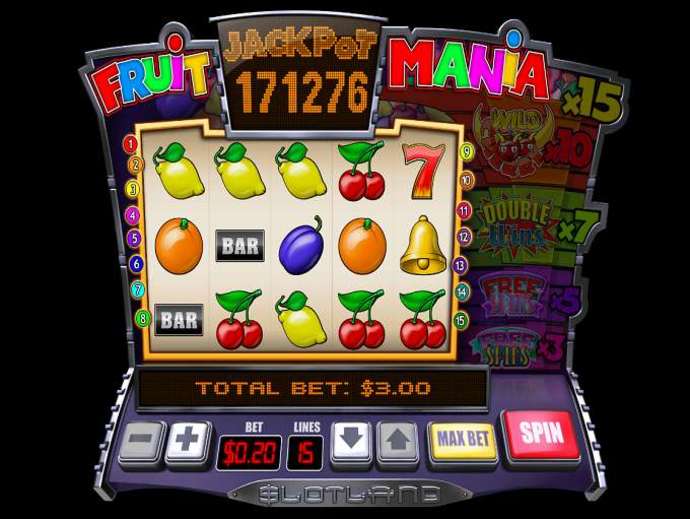 Get 100% Up To $100 to play at
Slotland
Codes must always be redeemed before making a deposit.
SHARE 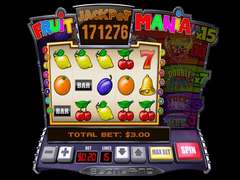 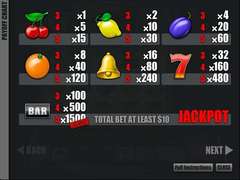 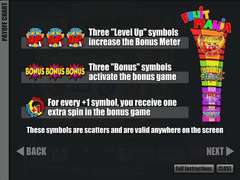 Fruit Mania slots have 5-reels and 15-paylines, with a progressive jackpot, and a bonus game offering five-levels, with free spins and two types of wilds!

Fruit Mania progressive slots have to be one of Slotland's best slot games thus far, with a whole lot of fruity action.

The Fruit Mania slot game debuted around November 7th 2011, at Slotland online casino. And on November 9th-13th, Slotland offered thirty-dollars free to every player so they could play this new slot game.

Well, I played Fruit Mania slots, and was really impressed by the amount of time I spent playing with my free money, as compared to a lot of their other slot games.

Is awarded; when five Bar symbols appear on an active payline and a total bet of at least $10 is made for that game.

Fruit Mania slots have two Wild symbols and they only appear during the bonus game, depending on the bonus meter; the Double Wild and the Cherry Wild:

The wild symbols will only appear during the bonus feature, and only when one of its fields are lit. See Bonus Feature below for more information.

The Fruit Mania slot game Bonus Meter is located to the right of the game and has 15 fields that can light up. In order for the Bonus Feature to trigger, at least one field on the Bonus Meter has to be lit.

Each level in the bonus meter will award a special amount of free games and/or bonus symbol/s for that level, during the Bonus Feature.

The Bonus Feature in Fruit Mania slots is triggered when three Bonus symbols appear and one or more fields are lit in the Bonus Meter.

Here are the bonus awards for each level in the Bonus Meter when the Bonus Feature is activated:

An extra bonus spin is awarded during the bonus game; with each "+1 Bonus Round" symbol.

Play Fruit Mania progressive slots to find out which level you land on!