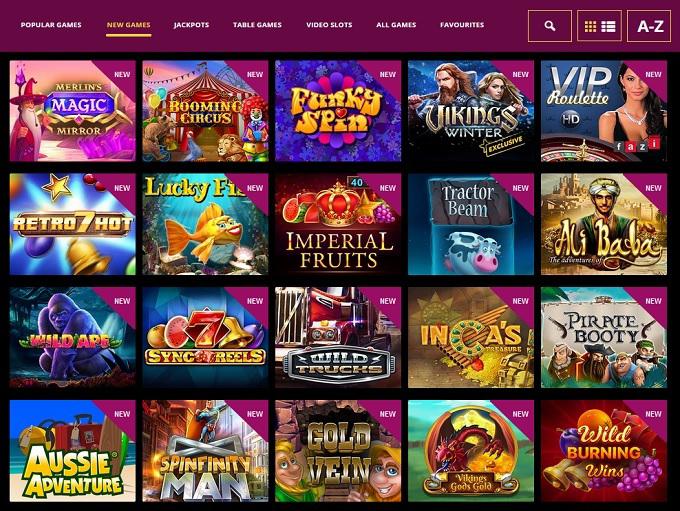 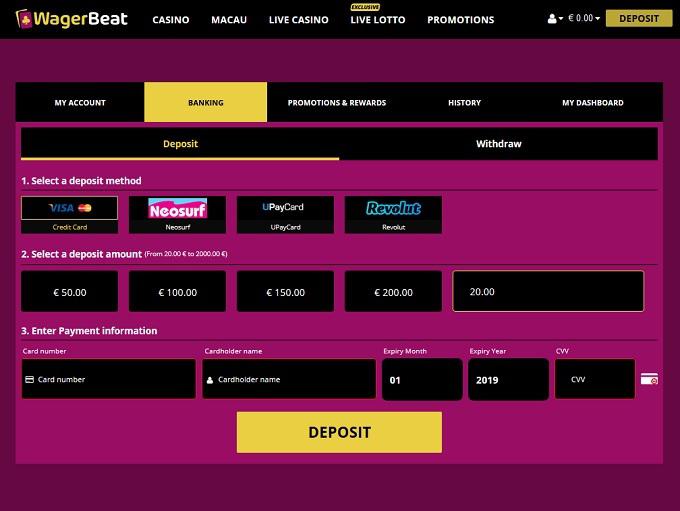 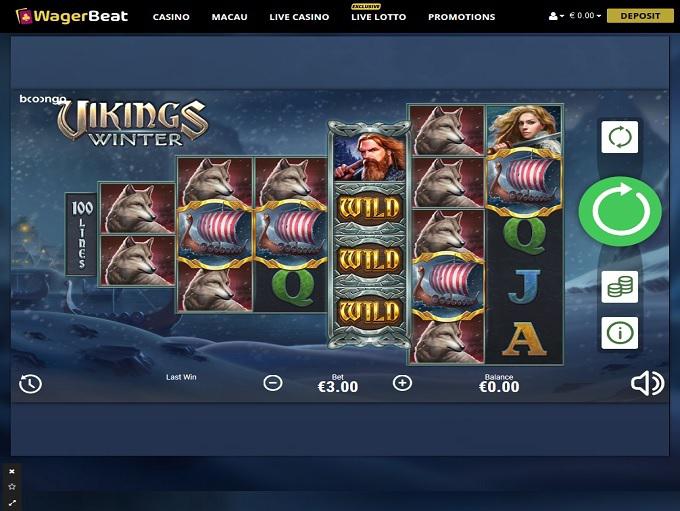 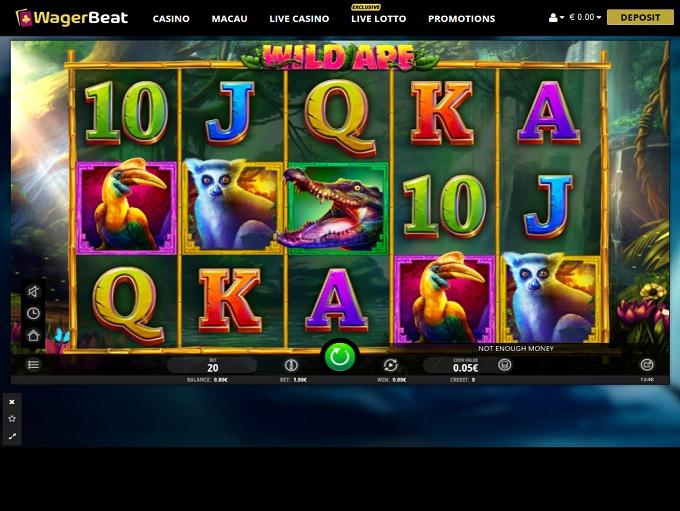 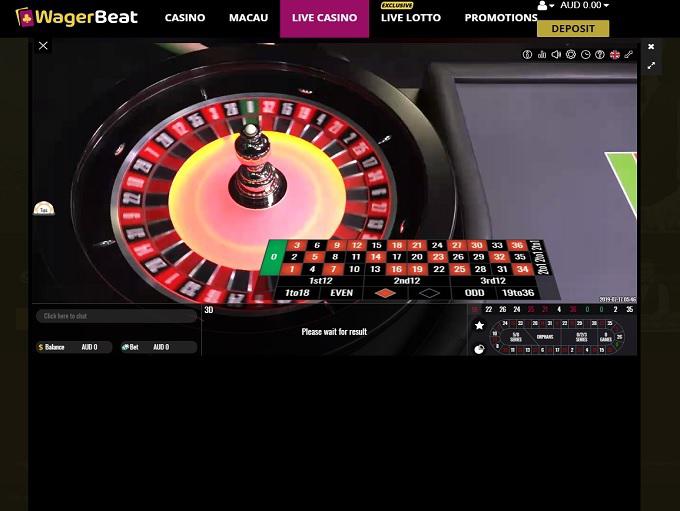 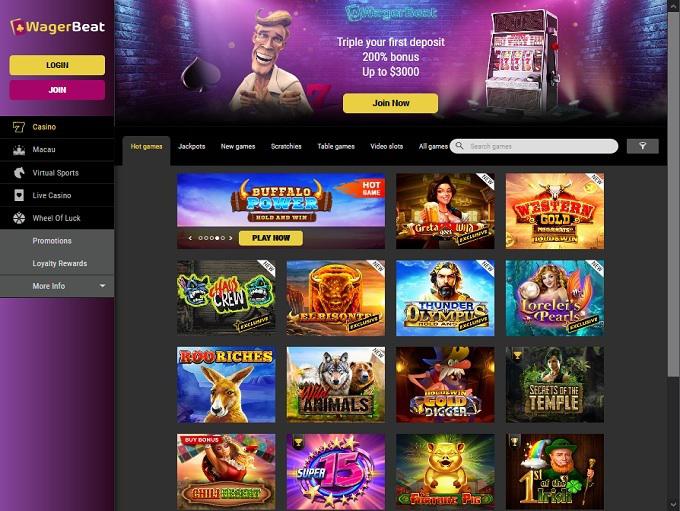 Wager Beat Casino has been around since the latter half of 2018. They're licensed in Curacao, but we had to ask support about that because they didn't have it posted on their site, which isn't a good way to start a relationship with players. The selection of games they offer is pretty extensive, and their theme looks good with a black and purple motif, but they don't offer much to make players trust them with such a weak license and what appears to be an attempt to hide that this is where they are licensed in the first place.

The instant play, no-download software available at this site makes it pretty easy for all kinds of players to log in and play quickly. You can log in through your web browser on a Linux, Mac or Microsoft Windows computer, and mobile options are available for tablets and smartphones. This includes mobile operating systems like iOS, Android and Blackberry in addition to Windows Phone. It's clearly a level of flexibility that makes it as easy as possible to get started playing here.

In terms of the software companies that have contributed games here, the list is extensive. Names like Endorphina, BetSoft, iSoftBet, Realistic Games, Habanero, Pragmatic Play and others give players a tremendous selection fo titles to pick from. What makes this even more exciting is that all of their games are produced in HTML5, which means seamless switching from one title to another all within the exact same lobby system. The software is definitely up to par and may be the best thing about what this casino has to offer.

The bulk of the game selection is for online slots, which is pretty much the norm in the industry. Some of the most popular software developers around have their games here, and with all of those combined, it's pretty easy to see how they have a tremendous selection as a whole.

The variety is pretty strong as well, and that goes for different styles of games as well as themes, feature sets, volatility levels and overall play styles. You'll find five-reel and three-reel titles here in addition to some that don't fit either of those two main genres.

There's a pretty good selection of table games with sufficient numbers in both depth and breadth. To this end, players will be able to find whatever they're looking for overall for the most part. The selection includes blackjack, Baccarat, craps, roulette, several styles of casino poker and a number of video poker options.

You'll also have a number of keno and scratch card games to pick from. We want to note that there were also live dealer games listed on their website, but they didn't seem to actually be available when we checked. Players who are looking for live dealer titles in particular will want to double check before actually signing up with this casino to avoid any miscommunication.

The selection of payment options is okay here but not outstanding. Visa, MasterCard, Neosurf, UPayCard and bank transfers round out what's available. We would have liked to see some of the higher-level electronic options here, but Visa and MasterCard are the top of the mountain for credit cards at least.

We don't really have anything to go on to decide if this site is trustworthy or not. They haven't been around particularly long to establish a reputation one way or the other, but their license in Curacao doesn't exactly inspire a lot of confidence either since it's mostly a rubber stamp at this point. We advice that you use a whole lot of caution if you decide to play here.

You get two ways to contact the support team at this casino: email and live chat. The live chat option gives you a real-time conversation with a customer service representative within moments, so it's best for anything that's time sensitive on any level. It also works really well from mobile devices or computers. Your second option is to send an email, and while you won't get a response right away, it only took us about an hour to get a reply when we asked about their licensing.

Unfortunately for Wager Beat Casino, there's not a lot that stands out here compared to the top casinos that we have reviewed, and there's a lot that makes us want to warn players to try someone where instead. Their licensing combined with no reputation at all in the industry really makes you wonder if you can trust them with cash outs as an example. We aren't saying that you can or can't, but what we're saying is that there's no indication that you can have peace of mind in putting your money in their hands.

As such, our recommendation has to be to try somewhere else.