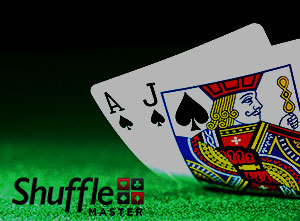 Shuffle Master was born in 1983, founded by a former truck driver John Breeding. And “the main guilty one” for the birth of a business idea was a news article about card counting in Blackjack.

Wanting to make the most of the valuable playtime and nullify the advantage of card counting, the device made it possible for every hand to be dealt from a fresh deck. Early 1992 saw the shuffler’s birth, but the very first public offering was made later that year.

As the land-based venues were using various decks for BJ, the device’s practical usage was decreasing significantly, which inspired the creator to try the luck with new sphere- table games.

So, which was the very game coming from Shuffle's creative workshop?

Let It Ride was the one the break the ice…

…and by 1995 it significantly surpasses the shuffler in terms of revenue. This made a significant impact on the Shuffle Master’s future plans, as it continued to create and service table games.

The wide assortment of their products encompasses lines of electronic tables that offer up versions of Baccarat, Roulette, and Sic Bo, the large banked Playboy Bonus Blackjack machine, and hybrid tables with an electronic system that assist live dealers.

…the manufacturer quickly became popular for its line of proprietary games, which boasts both side bets in some of the most popular games along with in-house tables.

As for the new side bets, those account for the ones that can be used on classics such as BJ, Baccarat, and Craps (some of those are “Bet the Set”,“House Money,” or “King’s Bounty.”)

In the section with proprietary tables, there are both well-known games and some less frequently seen ones punters might not be familiar with. For instance, besides all-time favorites like Three Card Poker, Let It Ride, Four Card Poker, and Caribbean Stud, there are also Discard Inferno, Triple Shot Rummy, and more with unique twists.

…the manufacturer wanted to explore slot games as well, but it didn’t become as successful as “the experiment” with table games turned out to be.

The late 1990s brought several attempts in forms of branded games like The Honeymooners, Let’s Make a Deal and Press Your Luck. But, as it didn’t generate as much profit as the other branches, it was sold to IGT in 2004.

On the other hand, the company seems not to have abandoned the ideas to keep on trying in this field, as there are several slots coming from its creative factory available in online casinos.

What Were the Turning Points in Company’s History?

Apart from exploring the possibilities with game categories and various machines, the company also made an important decision to get a new name. This happened in 2012 when it rebranded to SHFL Entertainment so that it would reflect the diversity of their portfolio.

…2013 brought acquisition by Bally Technologies. The next year both of them were acquired by Scientific Games, which alongside these two brands, also gathers SG and WMS under its roof.