275% Up To $550
+ 100 Casino Spins
New Customer Offer. T&C’s Apply. 18+. 100 Free Spins on Dolphin Reef. Minimum deposit: $25. The maximum wager per single bet that is permitted, if playing with any portion of a welcome bonus, is 5$ and 10$ if playing with any other type of (non-welcome) bonus. Players from United Kingdom are required to wager their purchase and play bonus 40 times. Red Stag Casino bonuses are not available to players in the following countries: Bulgaria, Greece, Poland, Romania, Russia, Ukraine, India, Indonesia, Malaysia, and Philippines.
Play 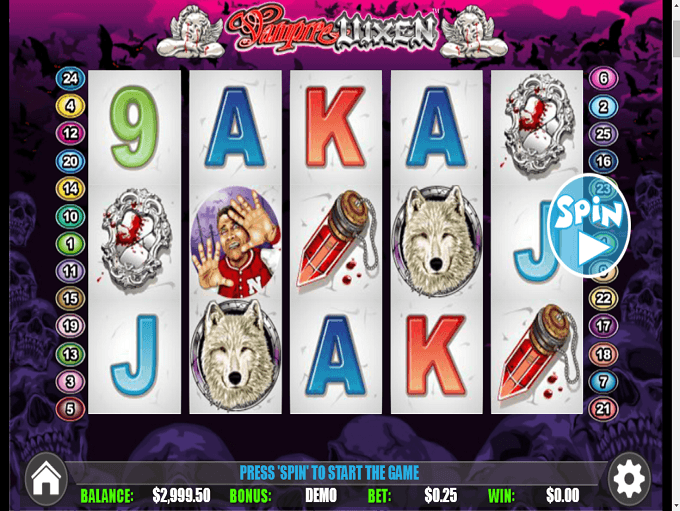 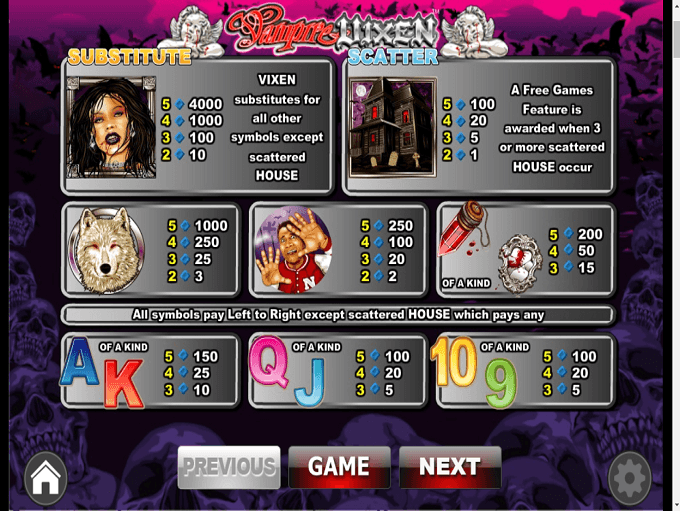 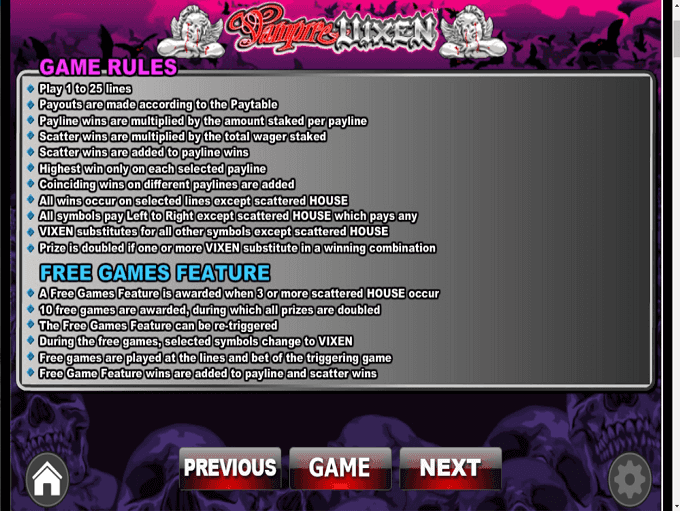 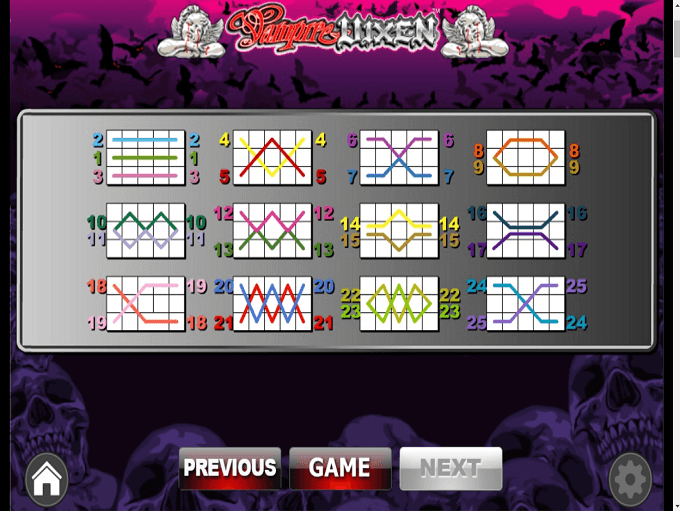 Vampire Vixen slots have 5-reels and 25-paylines, where blood and fangs mix with rampant wilds, scatters, and a free game bonus that could award up to $80,000 in jackpot prizes!

She may not be a girl-next-door type of gal, but Vampire Vixen slot still has a lot to offer; it's one slot game youll want to sink your teeth into.

Vegas Technologies didnt mess around when it came up with the graphics and animations for Vampire Vixen slots; you wont want to play this game at night. Or during a thunderstorm. Or without someone in earshot.

Each game can be played a variety of ways by changing the bet amounts per line or changing the amount of lines wagered.

If Lady Luck was a vampire, chances are shed be Vampire Vixenshe can change your slot game outlook just by showing up on the reels:

Not only can Vampire Vixen online slots change your luck, they can also change your life. Five Vampire Vixens on a payline will award you 4000x your line betup to $40,000 or $80,000 during the free spins feature.

Even more excitingselected symbols will change to the Vampire Vixen during these Bonus Games, making it even easier to win!

Make sure you always bet to win because these bonus games will be played at the activated lines and wager of the triggering bet, and all vampire-biting bonus wins are added to the payline wins as well as the scatter wins.