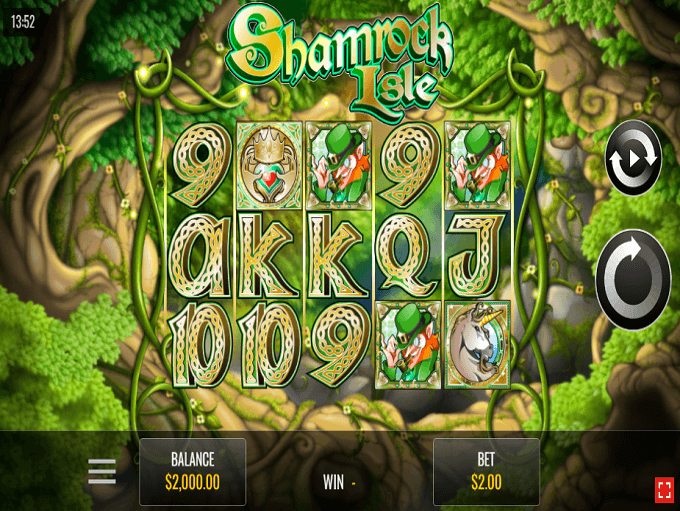 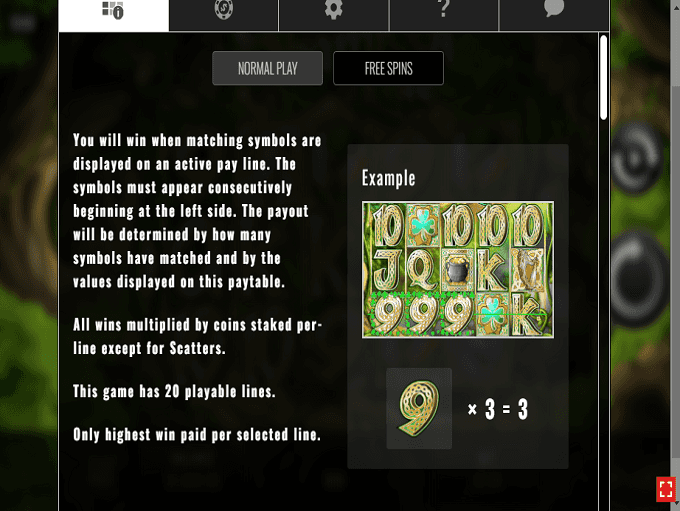 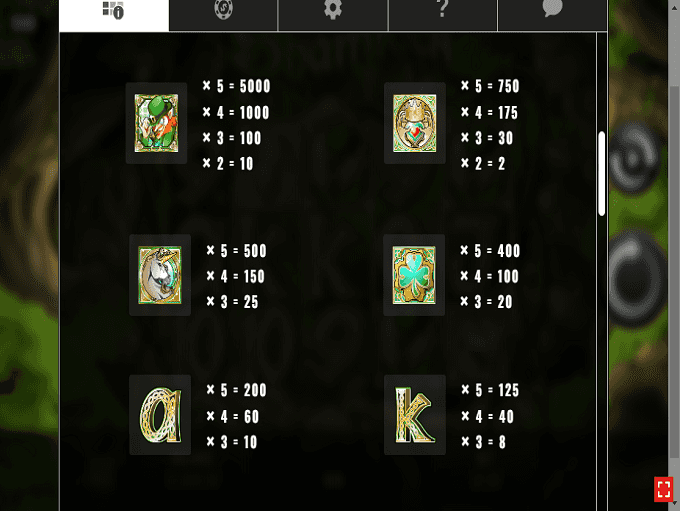 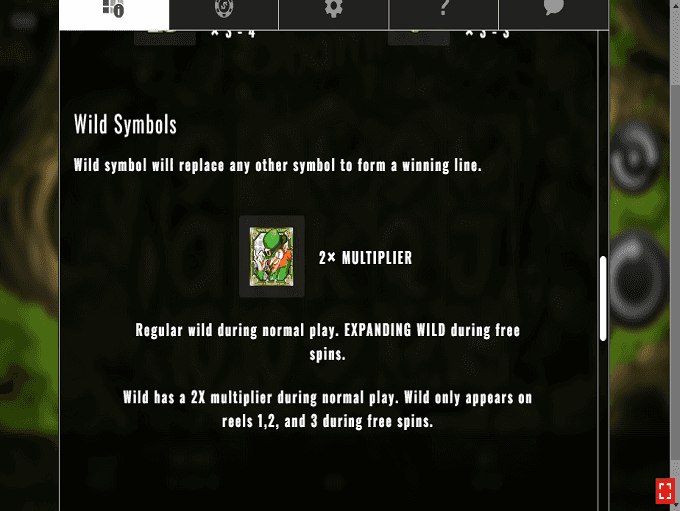 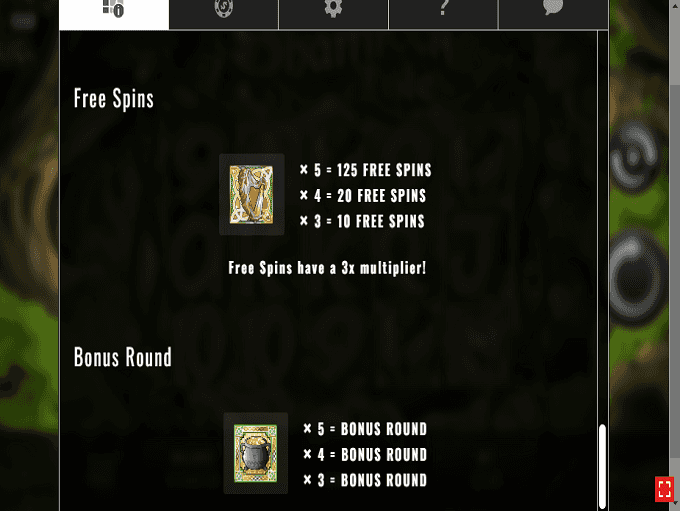 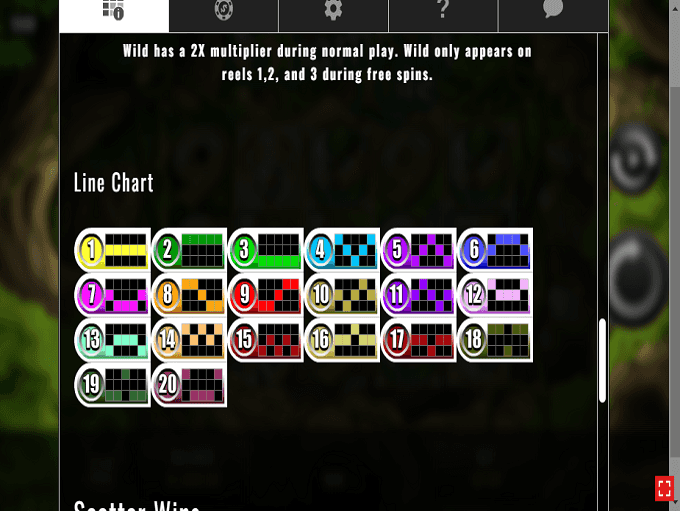 Shamrock Isle slots, with 5-reels, 20-lines, bonus rounds offering 3 games to choose from, wilds that expand during its free spins, up to 125 of them, scatters, and a bunch of Irish animation!

What I would call the "luck of the Irish", is all the lucky symbols giving great payouts during the spins in Shamrock Isle slots. Such as the Crown and Heart, the Unicorn, and the Shamrock, paying 750, 500, and 400 coins respectively when five land on a paid line.

Each of the lower paying symbols, the 9 thru the A, will give anywhere from 70 to 200 coins with five on a line.

The two scatters in Shamrock Isle slots will not have a payout, but when they trigger the bonus round or free spins, you can be rewarded with a little pot of coins that will make you smile.

Won't use up your pot of gold, with its adjustable coin sizes ranging from $0.01 to $0.25 and the coin amounts can also be adjusted from 1 to 10 coins per line.

While playing all twenty lines in the Shamrock Isle game, you can bet from $0.20, up to the maximum of $50 per spin.

All the Shamrock Isle slot symbols will have a payout from left to right except for the Harp and the Pot of Gold Scatters which can be active anywhere on the reels.

When 3, 4, or 5 Harp symbols appear anywhere on the reels, the Shamrock Isle Free Spins will trigger. The following scatters verses free spins are awarded, and all payouts are Tripled:

And remember, the Leprechaun Wild expands with winning combos; when it appears on reels 1, 2, or 3 during the Shamrock Isle Free Spins.

The Shamrock Isle slots Bonus Round is triggered when 3 or more Pots of Gold appear anywhere on the reels. After selecting the "Bonus" button a new scene will appear with three different games to choose from; the Coin Grab, the Road Bowl, and Skittles:

When the Shamrock Isle slot Coin Grab game scene appears you will have to act quickly. Use your mouse to move the "white" hand back in forth in search of gold coins. There are only 5 gold coins to grab:

Note: if you see the green hand moving towards a gold coin; try to get there first and grab it before the green hand does, and then drag it to the purse (be quick about it).

Shamrock Isle slots Road Bowl game scene appears with a green pointer on the left moving up and down between two colors in a Meter; green in the middle and red on top and bottom. This game gives you plenty of time to think:

Shamrock Isle slot Skittles Game is the simplest of the three games; when the Skittles game scene appears there's a big Tree Stump with 5 Skittles (wood pegs) standing on top, in the center of the game, and a stick (used to throw) on the right:

Believe me; the Shamrock Isle slot game is as addicting and fun to play, as it is to write about. Give it a try and go for your own pot of gold!