Gold of the Gods 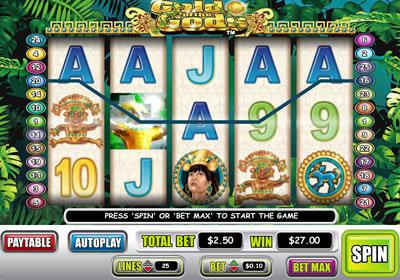 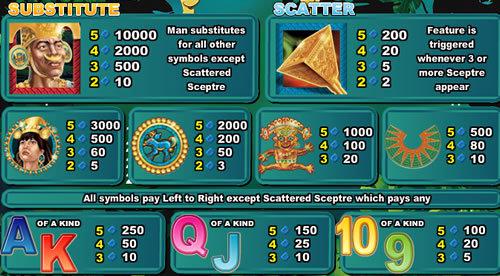 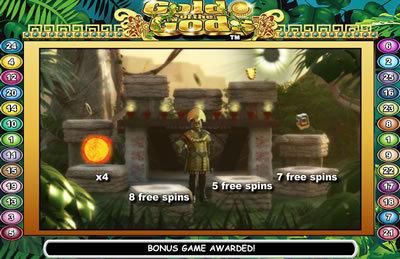 Gold of the Gods slots have 5 reels and 25 paylines, wilds awarding up to 10,000 coins, paying scatters, and a bonus feature with free spins, cash, and multipliers!

Gold of the Gods slot is another game that is based on the Mayan or Incan culture, with a jungle scene as its backdrop. During its bonus game there’s an ancient temple scene with Mayan or Incan objects to select from.

Wagers in Gold of the Gods are fairly simple, with bet sizes ranging from $0.01 to $5 per active line. This makes the minimum and maximum bets range between $0.25 and $125.00 per game while all 25-lines are active.

There are twelve symbols in the game and in its pay table. Four symbols offer payouts when just two appear on a payline, with the exception of the scatter which pays anywhere.

Payouts in the game will start from the left-most reel to adjacent reels and in coin amounts according to the pay table, except for scatters which pay by wagering amounts or the total bet per game.

Is the golden head-dressed Man symbol, as the substitute and highest paying symbol during the game:

Is the golden Sceptre symbol, and like most scepters it wields the power to award more that just extra cash during the game:

Is triggered when three or more golden Sceptre symbols appear anywhere on the reels. The reels will transform into a bonus scene of an ancient sun being eclipsed, followed by instructions on how to play.

After reading the instructions, select “OK” to activate the Eclipse Feature game. An ancient temple scene will appear, with a guardian, nine stone platforms and an object above each one:

I’m not sure which reward is a better payoff when you get it during the bonus game; either extra free spins, or the cash.

Another time during the bonus round I found only free spins (a total of twenty), with a 4x multiplier, and the total payout from free spin wins was $58. There were not many wins during my free spins, but if there were, I would have had a larger total in wins.

Play Gold of the Gods slot, play the bonus feature, and find out what the gods have in store for you!

Top Rated Casinos to Play Gold of the Gods 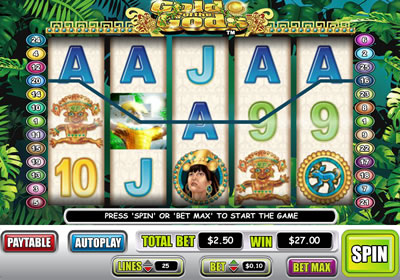