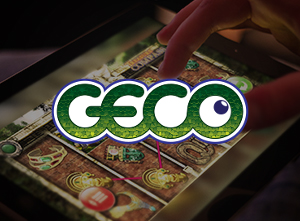 It’s not unusual in today’s casino industry for bigger companies to acquire smaller studios. That is exactly what happened to Geco Gaming. Established in 2014 and bought by Playtech in 2016, this gaming studio has ceased to be an independent entity. The brand does live on, being part of the Playtech One platform these days. The actual history of Geco does date a bit further back than this, which also explains why they were able to hit the ground running and establish themselves as an interesting game developer.

The strength of the company does, or did not, only rely on their games. Part of the package is their remote gaming server, established with the help of Alderney Gambling Commission licence. It’s this background software that is perhaps the reason for the acquisition, as it was already in use in several casinos and even with other casino game producers. Though this company has faded into history, their legacy does live on with Playtech and the influences are definitely interesting to look at.

How It All Played Out 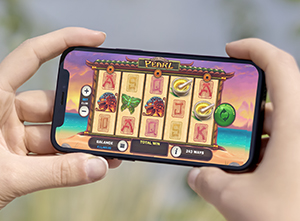 The games that were created under this brand can be considered slightly aged by now, and most of them are probably not even widely available anymore. Despite this the graphics and sound effects can be considered modern, and the same applies to the interface. You can play the games easily on any device. All of this has carried on to Playtech, a pretty respected company by itself too.

Nowadays it’s pretty difficult to say how the games workout, as the parent company doesn’t really indicate which games are produced by the team. They do still indicate production by other teams, such as Eyecon or Ash Gaming, so it seems like Geco Gaming plays quite a small role overall in the scheme of things.

The original themes used by Geco Gaming slots are quite playful. Pie Toss has you playing with food, Scatter Brains was one of the first zombie slots, and Treasure Pond has a bit of a comic twist to itself. The themes are pretty light and easygoing, and fun in many ways. There’s also a fair few historical setups in the mix, as seems to be the case with all casino software providers.

When it comes to the game details the most favourite setup is that of paylines, and quite a few of them. This is usually combined with the standard of five reels, three symbols apiece. Some games do opt for ways to win, but these do not make up a significant portion of the already small collection of slots. Features are from a standard stock too, though quite varied and rather well applied. You will run into expanding symbols and bonus spins, reinforced by wilds and scatters, and jackpots in some instances.

The company might not be much of a brand anymore, but it has something of a claim on its place in the history of online slot gaming. If you can still find these slots in an online casino somewhere, give them a go.