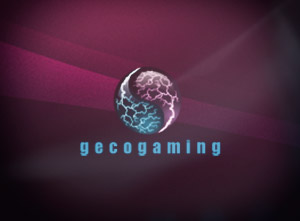 Shortly after WagerMill and the Gaming Lab merged, Geco Gaming was born. The birthplace was London, but as the company grew, the appetites for conquering the iGaming world did too. Currently, Geco Gaming has offices far away from its headquarters: in Sydney. This journey to another part of the world opened the door to new markets, and Geco’s games and casino products are available globally.

Naturally, the step forward in new markets didn’t come overnight; Geco was working around to clock to develop something that will attract both players and clients.

In 2014, the company hit its first significant milestone; after providing a license from the Alderney Gambling Control Commission, Geco announced the launching of their Game Engine Co-operative Remote Game Server or GECO RGS. This was big headway: the modern server, created for broadcasting gaming content worldwide, helped the brand reach new gamblers, located outside of GECO Gaming’s base- London.

After this crucial success, the brand was doing rather well; not long after, it was spotted by Playtech, a massive, influential iGaming brand. The heads of Geco Gaming decided to go under the control of Playtech and continue their iGaming journey under the name of this premium developer. 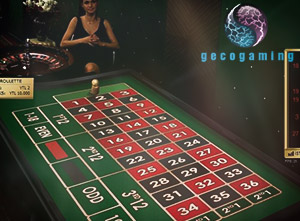 Considering that Geco Gaming was born from the ashes of two companies WagerMill and Gaming Lab, and continued its journey under the wing of Playtech, it’s rather hard to distinguish which games are made by the hands of the Geco developer’s team. Logically, we hit the official page of Geco Gaming wanting to scroll around the content library but found nothing more than general pieces of information about the most popular online casino games.

Aiming to provide you with as much possible data we can, we dig deeper, trying to find Geco Gaming’s casino releases...

Finally, we were just playing the guessing game. But, 88 Coins, Mystic Gems, Time Gamble, Treasure Compass, My Fair Pearl are some of the games launched under the name of Geco Gaming. Who made them, it’s a mystery, but if you type the name of this brand in your browser, this is what you will get: a range of simple, 2D video slots, powered by the usual features such as bonus spins, scatters, and wilds...

The games offered under the name of this brand are mobile-compatible. Obviously, the content is developed on the HTML5 platform, and it's giving you the freedom to choose where and when you want to engage in a relaxing gambling session. Regarding the appearance of the games in the mobile mode, expect smooth graphics, and overall enjoyable gameplay, without lags or any other issues connected to the game run.

No wonder Playtech, an industry giant, picked Geco Gaming to work side by side and create new iGaming history; from the bare beginning, Geco showed creativity, the ability for inventions, and the hard work that needs to follow these talents. Simply, Geco is worth the attention. We are just hoping it will not disappear under the shadow of the acquisition.