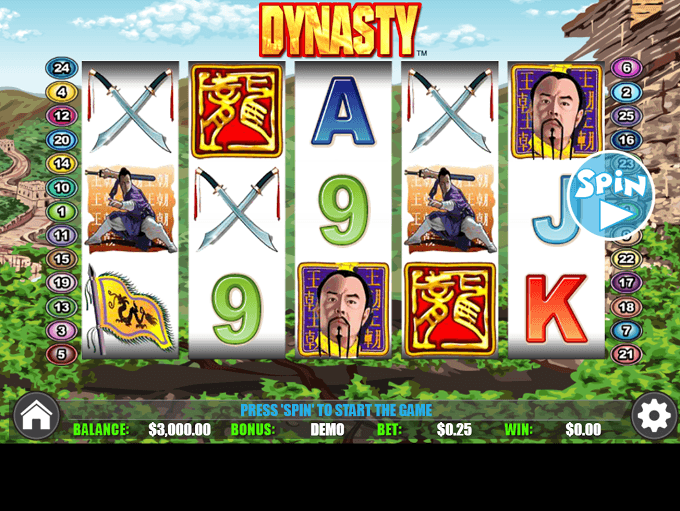 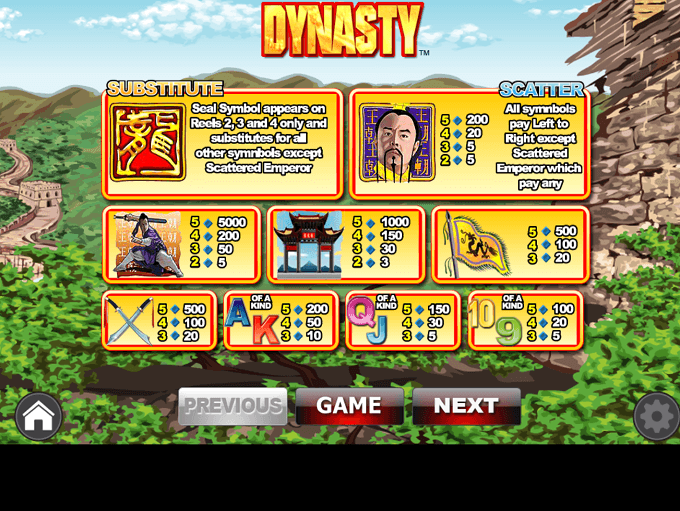 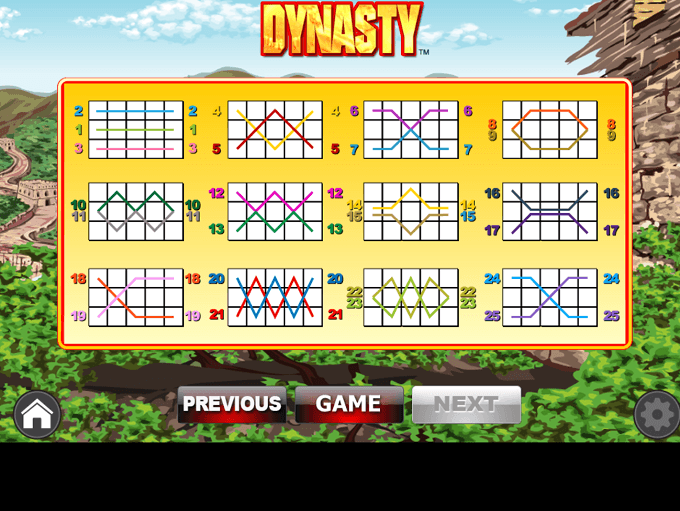 Dynasty slots, with 5-reels and 25-paylines, will bring forth powerful paying scatters, free spins with double payouts, and stacked wilds in both the regular and feature games!

Is fairly simple, with adjustable coins sizes ranging from $0.01 up to $10 a payline.

Therefore, while playing all 25 lines, bets start at $0.25 a spin, or up to $250 with the max bet. All the symbols, with the exception of scatters, will pay from the left to the right.

Is the red Dynasty Seal symbol, and it has unique features during the game:

Is the Emperor man with yellow symbol, and he helps trigger the game's features:

Is triggered when three or more Emperor scatters appear anywhere on the five reels. Then just select "Start Free Spins" to activate the feature:

Along with the doubled payouts during the free spins, there are also stacked wilds to watch out for.

Find out how the power from the far East can earn you a reputable coin payout, and see the great China Wall and famous images from the Orient in the game.

You can meet the Emperor of Dynasty online slots as one of the symbols, who poses as a stern faced man found scattered in the reels, and his trusty Ninja that can bring you wealth when he appears all across the game on a payline.

The Gate of the Orient will bring in 1000 coins when 5 land on a payline, and both the Gate and Ninja symbols will pay with just two.

The Yellow Flag in Dynasty slot can pay out up to 500 coins and the same goes for the crossed Swords when five lay on the payline.

The lower paying symbols in Dynasty slots are the typical 9 thru the A symbols, paying from 100 to 200 coins when five appear on a payline. You will need at least three of the above symbols to get a payout.