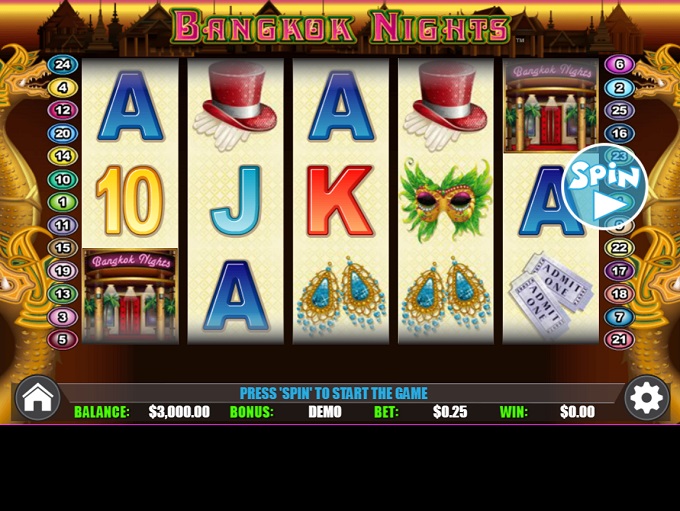 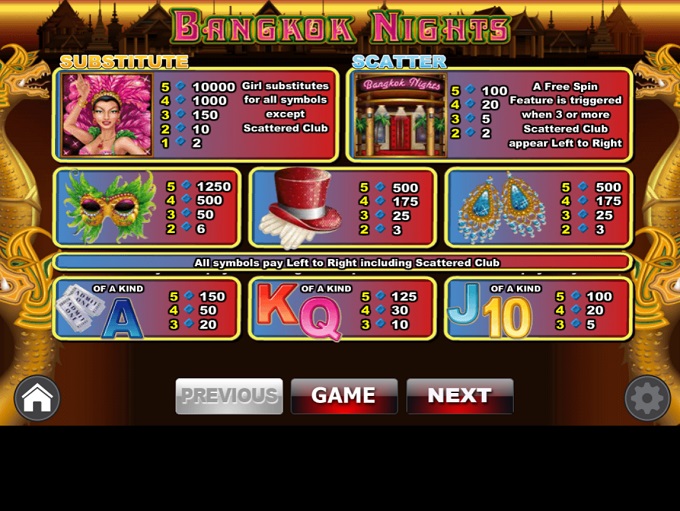 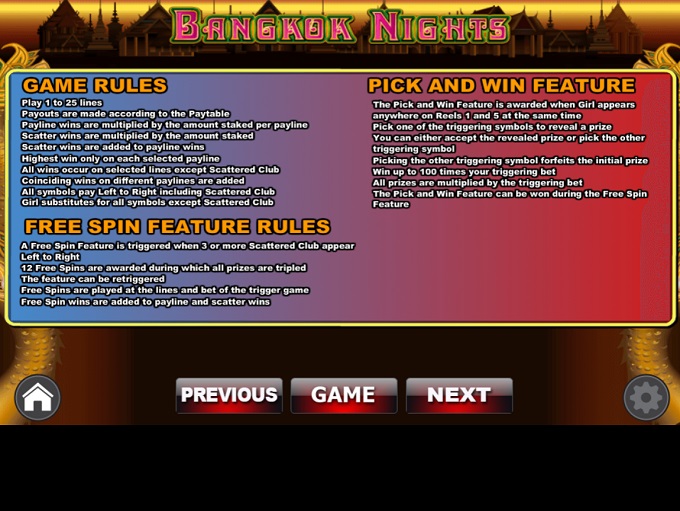 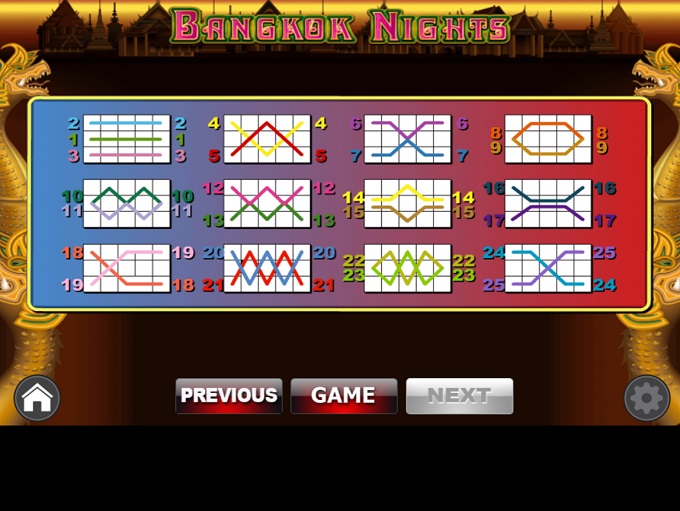 Bangkok Nights slots have 5-reels and 25-paylines with a pick and win feature, triple-payout free spins, wilds and scatters, and a 10,000-coin jackpot!

Bangkok Nights online slots translate the hot, steamy nights of Thailand’s capital, into the mystery of the Red Light district, as you spin the reels of this online slot game.

All symbols play from left to right in Bangkok Nights slot, including the scatter. Several symbols, including the feature symbols, will award a payout with as few as two symbols on the reels, making Reel 1 and Reel 2 the source of a lot of the action.

Action is relatively steady in the Bangkok Nights slot game, and its auto-play feature is a nice touch too, especially since you can calibrate it to your unique needs.

Is the Dancing Girl symbol. She’ll shake up your chances of winning by substituting for all non-scatter symbols:

Is the Club Entrance symbol, and when it enters the reels the action begins:

You’ll be awarded a multiplier of your total amount wagered-from 2x to 100x your total bet, depending on the number of Club Entrance scatters present at the end of a spin.

Is activated when the Dancing Girl appears on the first and last reel at the same time, at the conclusion of a spin:

The Bangkok Nights slot Pick and Win feature can offer up to 100x your triggering bet, and it can also be triggered during the Free Spins feature.

Is triggered when three or more scattered Club Entrance symbols land on the reels from left to right:

Play Bangkok Nights online slots to see how many dancing girls you can reveal!