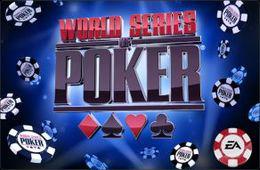 In the World Series of Poker, there are tons of different events at different buy-in levels for different types of poker. If you come out on top in one of these events, then you're given a gold bracelet as a winning token along with your prize money. Ivan Luca picked up the very first bracelet won by an Argentinian at Event 30 in this year's WSOP.

This event was a $1,000 buy-in freeze-out for no-limit hold'em, and a total of 2,150 players were in the running for the top prize. A total of 216 players were in the money for this event, and $1.93 million in total payouts were up for grabs. Ivan Luca made his fifth final table in this event, and he was able to come out on top for a prize of $353,291. These smaller no-limit hold'em events have become particularly popular in recent years at the WSOP and other popular tournament series.

The World Series of Hold'em

One of the complaints about the World Series of Poker in the past several years is that it's become overly hold'em-centric. The $1,000 no-limit hold'em events like Event 30 that was won by Ivan Luca are good examples of extra hold'em events being added at the expense of some other types of poker. In this year's Series, they've managed to achieve a better balance than in the years before, so Luca's win is even more important since there is a lower concentration of NLHE events this year. While this is his first bracelet, it's likely to not be his last if he continues making final tables like he has.