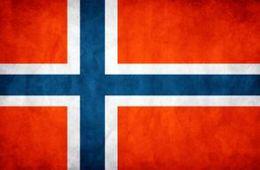 The Amaya Gaming Group has made a number of big strides for poker since taking over PokerStars and Full Tilt Poker last year. One of their brands is Global Poker Tours Ltd, and they have announced that the 2016 Norweigian Championships for poker will actually be held in Norway this year for the first time ever. It's been held overseas for over 12 years in a variety of other countries including Ireland, Latvia and England. Through their efforts, they will finally be able to have their championship tournament cycle on their own soil.

The Norwegian Championships for 2016 are going to run a number of regional championship events as well. The main event will be hosted in Oslo, the capital city, and this is a great bit of news for poker in the country. It could also open up the way for new stops from established poker series like the European Poker Tour in the future. The main event of this championship will be held starting on November 18 and lasting through November 24.

What's more is that the five regional championships will also act as satellite tournaments to the main event, so players can earn their way into the Norwegian Championships through these preliminary events. The buy-in for the regionals will be about US$180 or NOK1,500, a low price that should attract a fairly large crowd. They're expecting at least 2,000 players compared to the last championship event that was held in Dublin, Ireland that drew 1,274.

Blodkreftforeningen is a Norwegian charity (the name means the Leukemia Foundation), and they focus on leukemia and bone marrow cancer research. They are the charity partner for the Norwegian championships, and a total of five percent of all buy-ins from both the regional and national championships are going to be donated to this group.

This is a good result that comes from some changes that were made in how gambling is handled in Norway that came late last year. It's great to see Amaya leading the way on getting events running in this country, and it's awesome to see that so much is going to be donated to charity for this event.