RAWA Supporters Could Attempt Another Tactic 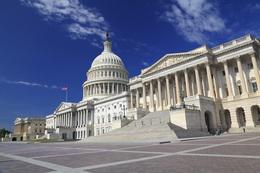 A new approach could be coming from supporters of the Restoration of America's Wire Act. They could impose what's known as a moratorium for two years that would effectively stop states from legalizing online gambling. The idea is that this would give Congress time to study the issue, and even though it would be a massive blow to states' rights, it's still something that's on the table, and it's much more likely to pass than the full-fledged RAWA bill.

RAWA is the Restoration of America's Wire Act, and it's a bill designed to make online gambling illegal in the United States. It's a move by Sheldon Adelson, a land-based gambling figure, to try to head off the online industry before it gains much more momentum in the United States. His motivation for this is that he believes it could hurt his profits, and he's said before that he's willing to do virtually anything it takes and spend as much as it takes to keep online gambling from expanding in the US.

It would be extremely unlikely for RAWA to pass in this session of Congress. There's just not enough support for it to get anywhere at this point, and while Adelson's massive lobbying efforts have drummed up quite a bit of support, it's not been enough to get some serious steam behind the bill.

However, the moratorium tactic would be much more likely to pass, and it could be deceptively effective in hurting online gambling in the United States in the long run even though it would only cover the issue for two years.

How the Moratorium Would Hurt the Industry

A moratorium of this type would crush any and all momentum that had been seen so far with legislation in New Jersey, Delaware and Nevada. It would also squash the momentum seen in over a dozen states that are considering regulating the industry as a whole. Overall, it's a tactic that would hurt the industry and bring growth down to zero. However, there have been no concrete steps towards making it happen, so it's far from a sure thing even with this session of Congress ending in a few weeks from now.