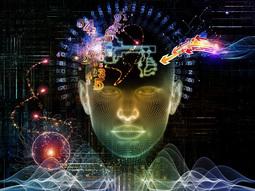 Oculus is known primarily for its virtual reality products, and now they're coming out with a wearable computer. This device is expected to start at $99, and it's expected to have immediate support for Facebook, Twitch and Netflix. This company is owned by parent company Facebook, so it's obvious that it will have their integration, and that leads the way for social gaming and other types of gaming to be integrated as well. This has some pretty major implications for players who might want to bet online.

The idea of a VR casino isn't really anything new at this point. Microgaming has already provided demos of a virtual reality roulette game at different gaming conferences in the past, and Playtech has been working on their own VR products as well. With the Oculus wearable computer coming in at a relatively tame $99, it seems like another way to play that will open up as soon as it's available and as soon as software companies have platforms ready for it.

What's interesting is that this seems like the next logical step for the mobile revolution that's been happening in the online gambling world. Mobile casinos are the most popular in the world right now, and that puts players in a situation where the "next big thing" could prove to be even bigger. That next big thing could very easy be the new Oculus device and the concept of the wearable computer. This is the next step for mobile devices, and the possibilities for this are really interesting when you consider the steps it could take the industry forward in terms of social interaction and new types of games.

Right off the bat, this product will be compatible with plenty of Samsung's products including the S6, S6 Edge, S6 Edge+ and the Note 5. What's more is that it's expected to be available by Black Friday this year, the largest shopping day of the year. Their Rift VR headset was announced earlier this year to launch in 2016, but there's a smaller product that's more versatile that's expected for mobile usage. This is going to be the key to getting VR casinos in front of more players, and that's exciting news for everyone who loves to play online.