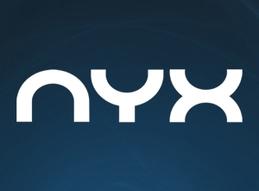 Mayes comes to the casino, sportsbook, lottery and bingo supplier after a long spell at Playtech. There, some of his most recent responsibilities fell under the title of Commercial Director where he headed up Playtech's Open Platform and worked with third-party game providers. Prior to that, he worked there as part of the Ash Gaming Commercial team.

Mayes worked in various management and operational roles at bet365 before joining Playtech.

His most recent experience will come into play in his new role at NYX. Mayes will be responsible for not only expanding the company's base of third-party game developers but also payment providers and other services across the group's sportsbook, casino, lottery and bingo operations.

Matt Davey, NYX Gaming Group CEO, said of the appointment: "We are happy to welcome Steve to the NYX Gaming Group team where he will have an integral role within our strategy that will further improve the products we offer our customers," according to a press release issued Tuesday.

Mayes to Focus on Third-party Strategy

Mayes said: "I’m thrilled and excited to have joined NYX Gaming Group. They have a fantastic customer base and a growing partner network with many of the leading suppliers in the industry.

“My focus will be to work closely with our internal product leads and partners across the business to implement a clear third-party strategy.

“It’s important that NYX continues to attract and build long-term relationships with best-of-breed suppliers across casino, sportsbook and our full portfolio of products to offer the best possible third-party network for our customers.”

After a wide range of acquisitions in recent years, NYX Gaming Group now has 4 in-house games studios including NextGen, and it OGS (Open Gaming System) integrates another 40 third-party gaming studios. NYX games are available the world over.