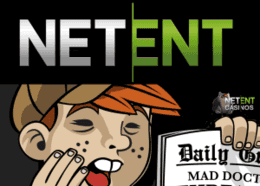 Net Entertainment has been expanding in a major way over the past few years, and they've made another big deal that's going to get their games in front of even more players. A new deal with the Gala Coral Group will see NetEnt games in Galabingo, Galacasinio and Coral. These are the Gala Colal's groups three top-performing brands, and it will get them in front of a ton of people who probably haven't seen their games before.

Importance of the Deal

NetEnt doesn't just expand in all directions without some sort of forethought. The deal with the Gala Coral brands is important because it allows them to get a stronger hold on both the UK and Italian markets. The expansion in Italy is pretty important on its own because it's harder to get more players from that country because of how tight they are about their licenses. The basic idea is that they are focusing on regulated European markets as much as possible at this stage of their expansion.

It's critical to point out that Net Entertainment's expansion and rise to prominence has come by getting an inch at a time instead of one large leap ahead. They've made tons of smaller deals with well-known operators, and this has enabled them to stretch their reach bit by bit until they've reached the point that they're at today. Right now, they are in the top tier of software providers, and they've really went about all of it in an atypical way.

NetEnt's first atypical strategy was to avoid trying to wow players with how many games they had available. Instead, they focused exclusively on providing high-quality content without worry about the numbers. Then instead of trying to only sign operators who would be exclusive with their software, they've worked with a wide range of operators who have software and games from a ton of different companies. This has put NetEnt in a competitive situation with other software brands that some of the bigger software developers have avoided with exclusive contracts until recently. It's a strategy that's been working out pretty well so far, and this expansion with Gala Coral shows that they're not slowing down anytime soon.