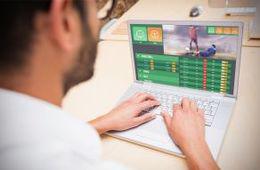 Of all of the different types of gambling out there, it seems like sports betting is the type that gets the most attention to being tied to different types of crime. This is definitely the case for the operators of Macho Sports who were hit with a handful of different federal charges after a sting operation ended with them forfeiting millions of dollars in assets.

Earlier in 2015, both Erik and Jan Harald Portocarrerro pled guilty to their involvement in Macho Sports after they realized there was a rock-solid case against them. This plea bargain included giving up around $12 million in different assets. These assets included property, cash and other items. Both of these men were in their 40s, and they were just two of a total of 16 people who were chased in Norway, Peru and the United States after operations were discovered in the latter of those two countries. It was an international operation that saw them on the receiving end of racketeering and other charges.

Not Your Ordinary Operation

One of the things that made Macho Sports a lot different than some of the recent cases we've seen against sports betting is that they were involved in some very shady collection methods. For example, violent threats were often made to get money from people who had lost on bets with the company, and this is the type of thing that you'd normally see in some kind of mafia movie. It's interesting, however, that the connection people have between organized criminal activity and sports betting tends to be rooted more in reality than not.

The Need for Regulation

This situation just highlights something that industry experts have been saying for years: The industry need to be regulated. The government is missing out on funds from trying to prohibit all sports betting, and we keep seeing over and over again that nobody is going to abide by prohibition. If people want to bet on sports, they're going to bet on sports, regardless of whether it's illegal or not. This case with Macho Sports only confirms what we already know in this regard, and it's anyone's guess what it's going to take for government officials to wake up and listen.