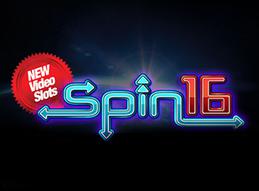 It's been a long time since we have seen a widespread adoption of an atypical format for online slots. The fact of the matter is that the five-reel, three-row video slot with vertical reel gameplay is the most popular type of game out there today, and it's unlikely that anything will change that anytime soon. The Spin16 format is the closest thing we've had to an alternative for the video slot format in quite a while, and these games are being added at four key brands.

The Four Casinos in Question

Lucky Creek Casino, Grand Eagle Casino, Mandarin Palace Casino and Treasure Mile Casino are all getting titles with the Spin16 format. This is a very exciting time because this format has been around for a couple of years without catching on very much. That's due almost completely to the games simply not getting in front of many players. The format concept is extremely solid, and it's something that players will have no problem getting in on, especially if they're playing from mobile.

How Spin16 Works for Slots

The basic idea behind Spin16 is that the format changes from 5x3 to 4x4. There are four vertical and horizontal rows in these games, but they don't have the traditional vertical reels. Instead, any of the four vertical or four horizontal rows can be spun like a reel in either direction, which gives players 16 options for the next spin every single time they play a round. This also creates atypical gameplay since winning combinations go in all different directions.

The gameplay itself is different for mobile and desktop play. The concept was developed for touchscreens, so obviously mobile is where it's at for the full experience. You can just swipe a row or column in the direction that you want the reels to spin from a smartphone or tablet. However, on desktop games, you'll need to click an arrow on the ends of the rows and columns to spin those lines in the appropriate directions. This is pretty easy to learn to play, but the gameplay is much different than traditional video slots, which makes the whole experience particularly interesting.