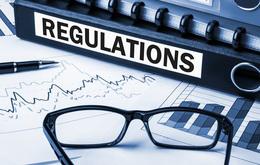 The fastest-growing segment of the online gambling industry in the United States over the past couple of years has been daily fantasy sports. Unfortunately, a scandal-type situation created a lot of negative attention for the industry, and now the government is looking at stepping in to curb it. In response to this, the Fantasy Sports Trade Association is looking to create an independent regulatory control board.

Seth Harris a member of the Obama administration, and he's the most likely person to head this upcoming Fantasy Sports Control Agency. The job of this agency will be to monitor all forms of fantasy sports companies, and this includes the daily fantasy sports sites like FanDuel and DraftKings, which came together to form the big scandal that started this whole thing.

Harris has already commented on this board, even if he doesn't end up heading it. The goal is to establish a set of rules and standards to make sure that insider information isn't used to get an unfair advantage over other players. It also has other goals related to the fairness of the games and other issues.

The major sites like FanDuel and DraftKings have been operating largely in part to a carve-out for fantasy sports in the UIGEA, the major bill from 2006 that really put a dent in online poker and other online gambling industries. They realize that they're operating in dangerous times right now with lots of state and federal officials looking at the lack of regulation, so they're getting onboard with changing that.

Future of the Industry

Regulation is key to this kind of service staying on the up-and-up. There was recently an inside information scandal where a DraftKings employee used information to win six figures at competitor FanDuel, and this has brought a ton of attention to the industry. Other industries like online poker have had to deal with similar scandals of rogue employees before, and it really damaged public perception of the companies involved. Moreover, it provided politicians with more ammunition to attack the industry as a whole. From here on out, we're going to see some changes in how fantasy sports is regulated, and we're all hoping that the government doesn't get involved more than they already have.