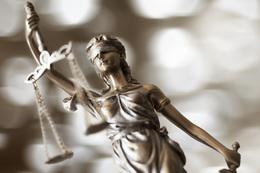 The drama just doesn't end for the daily fantasy sports industry. DraftKings has launched a lawsuit in Boston against Vantiv and Optimal, two payment processing companies, over a breach of contract issue after they pulled their services. This pull came after the New York Attorney General filed a cease and desist warning, which DraftKings is currently contesting in court. This comes down to the effects of the UIGEA, and that's an extremely complicated topic for daily fantasy sports companies.

The Crux of the Issue

Here's the issue. The part of the UIGEA that affects payment processors is that they can get in trouble for processing deposits for online gambling that happens to be illegal. If daily fantasy sports is found to be illegal in some jurisdiction, and the company processes payments for it anyway, then they can be found in violation of the UIGEA. This is the angle that Optimal and Vantiv are both coming from, and they're really trying to protect themselves from a ridiculous law that's never worked like it was intended.

In the state of New York, chance-based games are illegal to wager on, but skill-based games are. DraftKings contends that, unlike games like Baccarat or slots, daily fantasy sports is a game of skill. This issue is going to be decided in court anytime now, and that will ultimately be what decides this payment processing issue as well. For now, it's really just going to be a matter of time to see how this plays out because a positive decision in New York would stop giving Optimal and Vantiv reason to pull out of the state, which would presumably resolve this lawsuit immediately.

The Future of Daily Fantasy Sports

For better or worse, this court decision in New York is probably going to decide the future of daily fantasy sports in one way or another. If they get a positive result, that DFS is a game of skill, then that will pave the way for other states to make the same determination. However, if they get a negative result and the court decides that DFS is a game of chance, then this will likely domino over to other states with a similar set of gambling laws, and that would be a disaster for the industry.