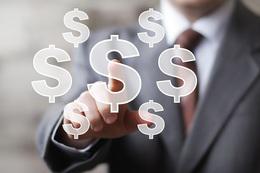 For the past six months or so, daily fantasy sports have been dealt setback after setback in what seems to be a series of dominoes that are taking their sweet time in falling over. For about 18 months, the top DFS providers got a ton of attention through aggressive marketing tactics and sponsorships and deals with everything from ESPN to major league sports teams. After a scandal broke last fall, they've seen a lot of negative attention as well.

The Most Recent Developments

Vantiv Inc. is a payment processor company, and they've recently announced they will stop processing payments for the industry on February 29, 2016. The reason for this is that they feel uneasy with all of the different states coming out as being either against DFS or saying that it's illegal inside their borders. After the New York Attorney General came out with an opinion that it was illegal and sent cease and desist letters to top companies like DraftKings, they announced that they would stop payments then, but DraftKings got a court order that kept the payment processor around.

For now, Vantiv is saying that until the legality of daily fantasy sports is clarified on a higher level, they are no longer going to be making payments starting at the end of February.

Source of the Problems

The industry as a whole seemed to be cruising along fine. These contests were advertised on a wide range of mediums, and they had tons of fans. However, when a DraftKings employee used insider information to win about $300,000 in a single weekend from FanDuel, it created a scandal that really got the attention of lawmakers and other political figures.

Along these lines, multiple attorneys general have come out saying that daily fantasy sports competitions are illegal in their states, and there are several legal battles going on right now. There have been statements issued from the AGs from Vermont, Texas, New York, Illinois, Hawaii and other states with the opinion that DFS is illegal in those areas, and the top companies are now having to fight for clarification, regulation and legalization to keep the industry as a whole from imploding.