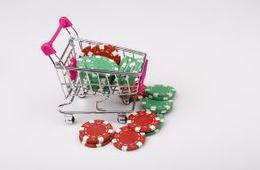 For anyone who has been around the online gambling world for any amount of time can tell you, companies are constantly being bought and sold. Whether it's a large software company purchasing a smaller one to boost their portfolio and prevent future competition, or whether it's a large investment group buying up companies they believe are undervalued, there's always some kind of business news attached to the online gambling industry. One of the biggest pieces of news recently has been the bidding war over Bwin.Party.

In the fight between 888 Holdings and GVC-Amaya, it was 888 that won out. They put the deal at around £898 million, and this is with a premium of about 1.2 percent on top of the closing value for Bwin.Party at the time. £0.3945 per share will be given in cash, and 0.404 new shares are going to be given in 888 for each share in Bwin.Party as a part of the deal. This is a pretty big deal because a pairing of GVC and the Amaya Gaming Group had been going after Bwin.Party pretty hard, and many people thought it was a foregone conclusion that they would be winning the bidding battle.

Nature of the Beast

The Amaya Gaming Group was really who many people had their eyes on this whole time because of the major moves they have made in the past 18 months. Last year, they raised billions of dollars to purchase the Rational Group that owned PokerStars and Full Tilt Poker, the two largest online poker sites in the world. They've made a number of changes to those sites that have irritated some players, but it shows that they know how to take something big and make it even more profitable while increasing the quality of service for players

It's unclear what will happen to Bwin.Party at this point now that it's going to be owned by 888 Holdings. However, there will most likely be no interruption in service, and whatever 888 decides, it'll probably work out well for the players considering their long-running track record of doing well for everyone who plays with them. We'll have to wait and see what happens after this purchase and what direction Amaya goes after this.