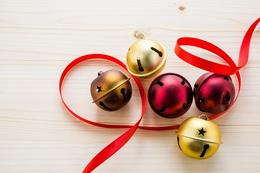 Online bingo really ramps up in popularity around the holidays. Because people have so much free time in December away from their jobs and other obligations, there's a bit of an influx of individuals with plenty of time to get in on the action in online bingo rooms. 888 Holdings has decided to take advantage of that with the release of the new Jingle Bingo online bingo room.

The selection of games at Jingle Bingo will seem familiar to veteran players. They'll have 90-ball and 75-ball games as well as the High 5 Bingo variant. In addition to the bingo offering, a selection of scratch cards and online slots will also be available. This will give players a complete selection of titles to choose from, and that's perfect for people who are getting in on the bingo and slots action during the holidays. This site is geared towards a specific demographic, but it'll be great for people who want to get in some play during any time of the year.

They're doing a lot of cool stuff for the launch of this bingo room, all of which fits the holiday theme. A good example of this is the 30k Sleigh Away tournament with its £30,000 jackpot that's 100 percent guaranteed. They also have Midnight Madness jackpots worth £2,016 for the new year that are going to be coming up on New Year's Eve. This is a cool promotion because players who are out celebrating can still get a piece of the action since you don't have to be logged on to win.

Anyone who has been involved with the online gambling world can tell you that the holiday season is the craziest time of year. Every type of gambling sees a big bump from mid-November through the beginning of January, and online bingo and casino sites react by offering bigger and better promotions. The new Jingle Bingo is hitting their players with a double whammy of value since they're giving new specials for their grand opening while also giving special offers for the holiday season. This is a great opportunity for players to take advantage of the timing of this room's opening by getting a ton of value.