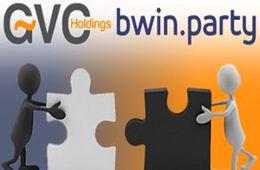 One of the biggest topics going in the online gambling industry over the past couple of months has been the big bidding war between GVC and 888 Holdings for the purchase of Bwin.Party. We've seen them go back and forth with bigger and bigger proposals, but it seems like we might finally be getting towards the end of this extremely entertaining struggle.

The previous offer by 888 Holdings was for a total of £898.3 million, and by all indications, they looked like they were going to be the winner. In fact, many industry experts expected 888 to just continue to up the ante as much as possible to aquire Bwin.Party. However, when GVC came back of an offer worth about £1.1 billion, it absolutely stunned a lot of people, and it seemed like this would be the last strike in this particular war. It looks like this is the case now that Bwin.Party's board has recommended the GVC deal.

Details of the Offer

The way this offer breaks down is that each share of Bwin.Party will be worth 129.64 pence, and this is based on the September 3 closing price. New GVC shares will be issued at a rate of 0.231 per Bwin.Party share along with 25 pence in cash for each. This comes to a total valuation of around £1.1 billion, a sum that's worth nearly 20 percent more than the last bid for 888 Holdings.

Could 888 Holdings Come Back?

At this point, it's unclear if 888 Holdings is going to try to make an improved offer to beat GVC. The offer of £1.1 billion is definitely more than many industry figures were expecting, and 888 might not be willing to go above that by any significant amount. They would probably need to offer up something in the range of at least £1.25 billion to be competitive at this point, and that's even above the seemingly absurd claims of the company's worth from a loud board member or two that stirred the pot a bit over the past several weeks.

No matter what happens with this, one thing is for sure: We haven't seen this entertaining of a bidding war in the online gambling world in quite some time.