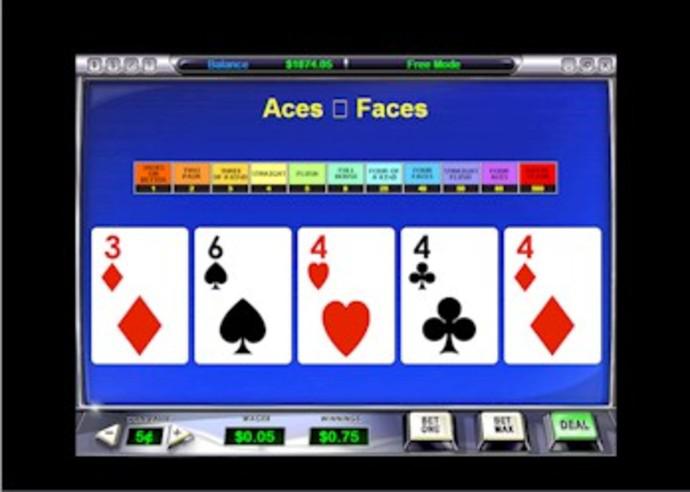 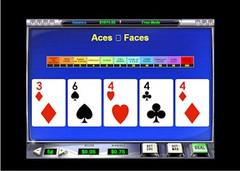 Aces & Faces, with is a five-card video poker game, differs from many other versions of the game in that, just as the name implies, there are higher payouts attributed to winning hands that are constructed with face cards and aces.

There are five cards given to the player on the initial deal, and the player is free to hold or discard whatever he wants. There are no wild cards in the game, and hands start paying as winners at the point where they are "Jacks or better," meaning they must be, at the very least, a pair of Jacks (pairs of tens need not apply).

Based on a five-coin bet, here is the full pay for the game of Aces and Faces:

That looks somewhat standard, but there are a couple of bonus situations that are not standard. Four of a kind comprised of face cards will pay 200 on a five-coin bet, and four aces pays 400. So, four of a kind from 2's through 10's pays at one level, Jacks, Queens and Kings pay at another, and the highest level is the aces. Yes, that's why it's called "Aces and Faces."