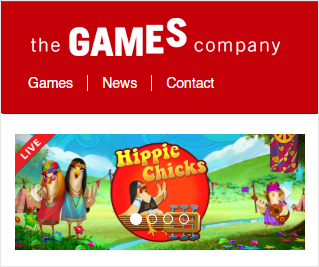 The Games Company hails from the UK, and it holds the appropriate licenses from Alderney and the UK Gambling Commission to do so. Today the company is owned by a blockchain company. This alone makes the games worth investing, as they might very well be the next generation of slots, at least technologically speaking.

The company has been in operation since 2012. They have a somewhat slow release schedule, pushing out a new slot every couple of months, sometimes holding longer breaks. Besides slots, they also dabble in producing other games, such as Keno. They produce slots both for themselves and as a third-party designed for other gaming companies.

As we have previously written over at our sister site, the company has been acquired by a blockchain company. Cryptocurrencies and blockchains have been making their way into the casino industry for a while now, and this will probably be the first place that the associated technologies will be of some actual use. The most obvious advantage of this is the use of different cryptocoins. In the future, this will extend to security and safety, including ways to check out the randomisation of results. The full extent of this is yet to be realised, but it’s now only a matter of time.

A few more things on top of slots

Besides online slots for online casinos, the Games Company also produces other gambling games. One of their main partners is Lotto Quebec, to whom they have produced Lucky 8 Keno lotto game. There are no table games or other such games yet, but the first steps they have taken in this direction seem quite promising. We wait for them to expand their catalogue in this direction.

The graphics stand out in a way that only a proper artist can make them stand out. The bright colours are combined with a general soft style, which can lean to comical, cartoonish or even serious as the individual game demands. Most of the slots come with plentiful animations. Despite this, the games are in no way heavy or cumbersome. They look good on mobile devices and run without a hitch even on older models and slower connections.

The Games Company is not the most productive company. This is the sense that they do not push games out every month. In fact, some years they seem to come up with two or three games if that. This has resulted in superb quality, which all sorts of online casinos and companies have noticed. For example, William Hill, NYX, Bet365 and Betfair have teamed up with them. A small but efficient team with a small but super list of products.