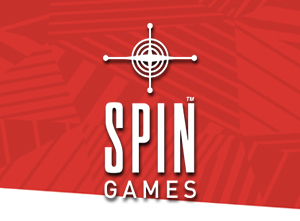 Having a team with over 100 years of collective experience in designing and developing casino games sounds quite impressive, doesn’t it? It seems like the provider blessed with such expertise will be an established leader in the gambling industry. And that’s exactly the case with Spin Games.

It's quite usual for software providers to have flamboyant statements such as this one, but not too many can stand behind their words. One look at the developer’s game portfolio and proprietary technology leaves the impression this brand can do just that.

…its content is spread all around the regulated jurisdictions of North America, which is its primary market. The company is based in Nevada, but surprisingly it is actually licensed and regulated by the UK Gambling Commission as a remote software supplier.

We think so too, so let’s do a bit of digging and find out all there is to know about this provider and its product line.

How It All Started

…this brand represents the ambitious vision of one man to redefine iGaming market. This man was the company’s founder Ken Young, a gaming industry veteran with over 30 years of global gaming experience. By gathering the team of equally experienced and passionate experts, his brand became what it is today – a fierce and reputable competitor and one of the top providers of casino content.

This visionary was one of the first industry veterans to foresee the potential of the US iGaming market and steered its operations in this direction. As a result, when New Jersey launched its online gaming market in 2013, his company was one of the state’s first approved technology providers, playing an important role in opening the market with partnerships with Caesars Entertainment, Golden Nugget and Resorts Atlantic City.

During the years that followed the company’s successful launch in New Jersey...

...its footprint extended all around North America with regulatory licenses in growing online markets like Pennsylvania, and British Columbia, Canada. After obtaining a United Kingdom Gambling Commission gaming license, the provider's products gained global exposure by being distributed across Europe.

Thanks to the versatile remote gaming server platform and a wide portfolio of games, Spin has gained a well-established reputation in the rapidly growing USA online markets, which remains the company’s focus. At the same time, the brand will continue its plans for global growth and establishing its footprint on other markets.

As stated on the official site...

…providing premium content is the provider’s key for future growth, as well as pursuing partnerships that will expand the diversity of its portfolio.

"Through innovation, passion and excellence, we strive to be the market leader in interactive technology and content solutions for the global gaming sector."

...it is very invested in the development of the technologies that will improve both operator’s performances and the player’s experience. With extensive industry experience and an impressive intellectual property portfolio, this brand brings something new to the table.

By utilizing the most advanced HTML5 technology, the brand’s remote gaming server (RGS) enables a seamless interface with any back-end internet gaming system. Its purpose - to deliver feature-rich gaming content that can be played on any device and on any browser.

Some of The ROC’s key advantages include:

The biggest benefits of this system lay in its approved RNG, its customizable content and third-party content portfolio, state-of-the-art HTML 5 technology and the fact it is approved in multiple North American and European jurisdictions. These are just some of the items in the long list of ROC’s perks, alongside its functionality featured in backend communication protocol integration tools, modular development architecture, evaluation tool, etc.

It seems like the provider has been quite busy in all fronts – developing new iGaming technologies, making partnerships and creating a diverse gaming portfolio.
Speaking of its portfolio, it consists of over 150 games spread in multiple categories. Licensing agreements with numerous major land-based slot content providers provide the brand with exceptional content like NBA Last 60, Crazy Money, World of Ripley’s and Raiden V.

The diversity of the developer’s endeavors is showed once again in its game offering since it is producing:

The provider describes itself as an innovator, and that’s exactly what it is, with proprietary technology solutions to prove it. Although its in-house games have more traditional themes and appearances, they are quite engaging and enriched with modern features.

Spin Games has established itself as one of the leading North American iGaming providers, but its ambitious plans include spreading its influence worldwide. Regarding its production line, innovative systems and expertise of its team members, we won’t be surprised if this brand soon emerges as a raising top developer in various global markets as well.