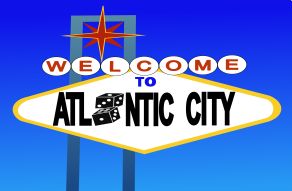 Online gambling in the United States is at an extremely critical point right now where a few states have regulated the industry, but not enough states have banded together yet to really get a federal framework. In spite of that, New Jersey has shown once again that they have no intention of slowing down in the least bit by awarding a new online gambling license.

How Resorts Digital Got Their License

The Relationship Between Online and Land-Based Gaming

There's a lot of focus on how online gambling could take away market share from land-based play, but something that's really interesting for people to realize is that gambling is not a zero-sum game. Just because players start playing via one avenue doesn't mean that's taking away any play from another one. This is definitely the case with how adding online gambling has increased the audience in the Resorts Casino Hotel's land-based operations instead of taking away from it. This just goes to show that not everything is what it seems on the surface in the gambling economy.

Atlantic City has been in a deep decline for quite a while, and this isn't exactly new to anybody. But in spite of that, the Resorts Casino Hotel has been doing well. In fact, this July saw them increase their total win by 20.8 percent when compared to July of last year, and that's the single best year-on-year increase of any of the casinos running in Atlantic City today. They're obviously doing something right, and it would be in the best interests of the competition and the rest of the United States to pay attention to what they're doing by offering online gambling services that compliment land-based games.